"WITNESS THE ECOLOGICAL CHANGES OUR WORLD IS UNDERGOING"

Scandinavian artist Olafur Eliasson and geologist Minik Rosing have collaborated on ‘Ice Watch’, an installation in front of Tate Modern consisting of 24 melting blocks of ice. The project is designed to raise awareness about global warming by giving a tangible experience of ecological change - a phenomenon that often seems distant and out of our control. 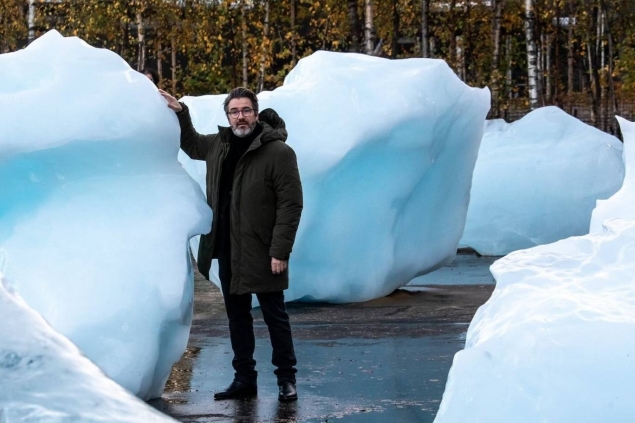 Olafur Eliasson standing next to the ice blocks after installation.

The blocks of ice were collected from a fjord in Greenland after they naturally fell off a sheet of ice, their very existence a direct result of global warming. The exhibition runs from 11th to 20th December and coincides with climate change conference COP 24 held in Poland last week. 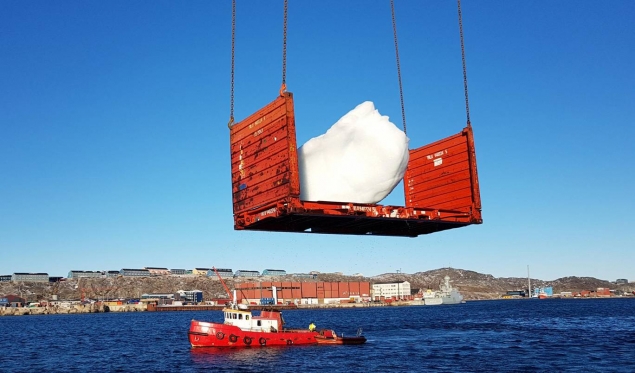 The ice blocks being airlifted from Greenland.

Eliasson and Rosing’s installation is intended to be a physical, immersive experience and Eliasson encourages people to interact with the blocks of ice by touching and listening to them. The installation is immediately striking. On the one hand, these ice masses look imposing and indestructable. They provoke a sense of awe. On the other, when you place your ear against one of the blocks you can hear the ice cracking and melting within. 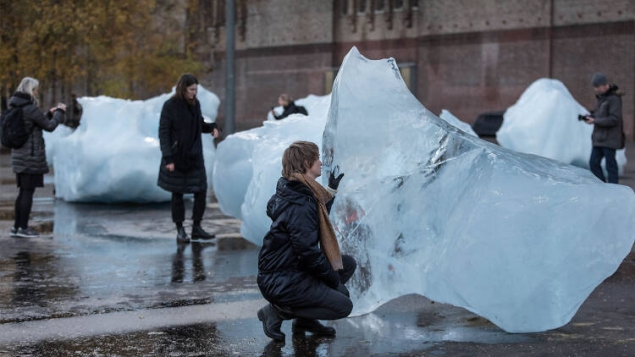 Visitors interacting with the ice blocks.

The installation places the ice blocks slap bang in the centre of the city. The contrast is stark: man vs. nature. Hearing the waters of the Thames rippling by further emphasises this tension between city and environment. The placement of the ice also brings to mind the fact that the very sources of their destruction - like heat and pollution - are caused by our urban activities. Eliasson has made the reality of climate change tangible and intimate. 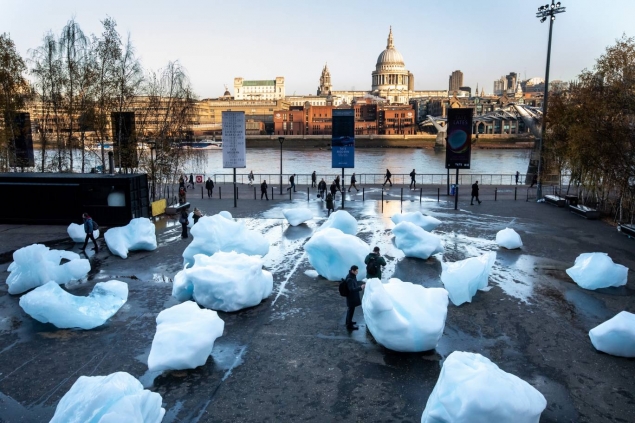 View of the 'Ice Watch' installation from above.

More than 250 billion tonnes of ice have been lost since 2002. That’s a whopping 500 tonnes every second - and it's due to get worse. These statistics have a particularly powerful impact once you've experienced the exhibition and realised the sheer quantity of ice that we're losing every single second. 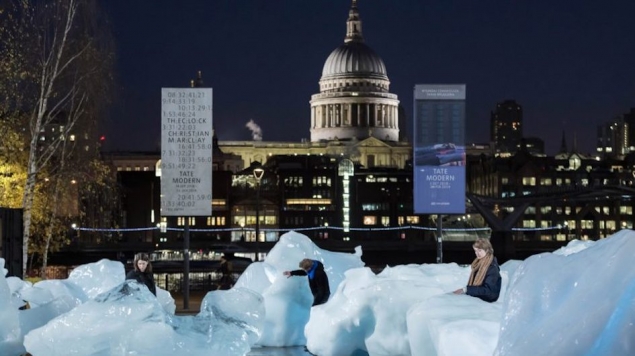 The installation at night.

Eliasson and Rosing have successfully created a sensory and intimate engagement with climate change that brings home the harm of global warming - and our need to act now. The installation is a stark reminder that our world is not immortal - and it's a brilliant example of how art can be used to raise awareness of worldly issues in a profound way.

The installation has been well recieved by the public, as you'll see in the Tweets below: 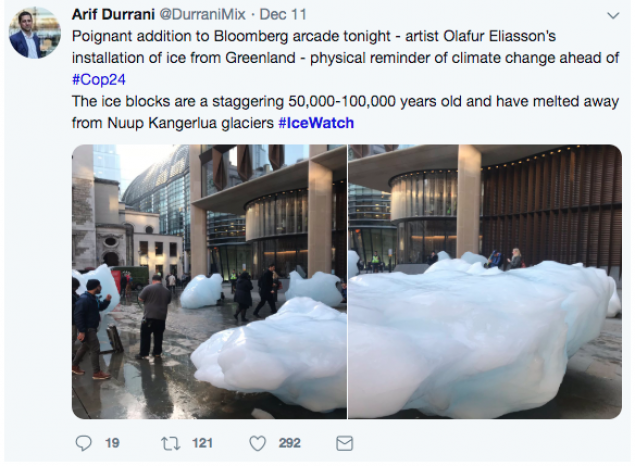 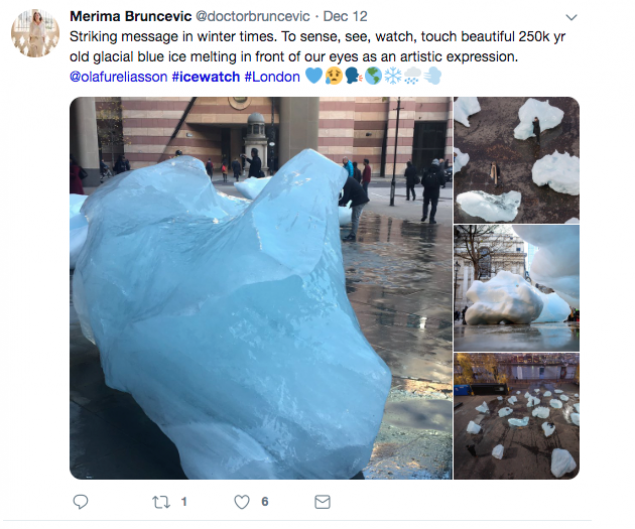 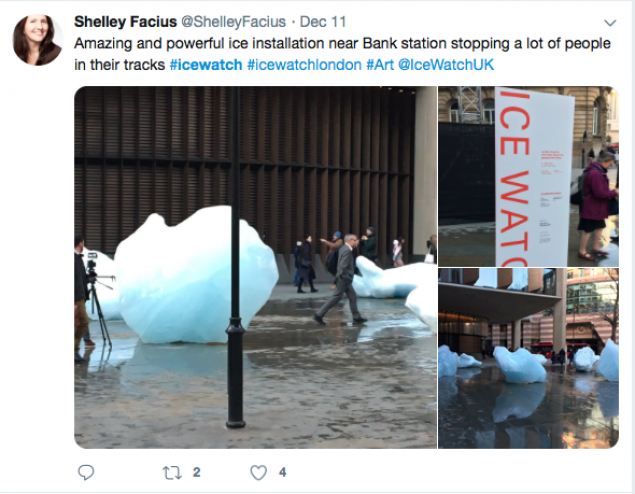