The black cloud of lockdowns and forced closures that has loomed over galleries’ heads for almost a year now was never going to pose a big risk to mega dealers. Their access to artists, collectors and budget to adapt smoothly to an online-only existence acts as a canopy that has sheltered them from closure and allowed them to thrive.

Almost a year into the pandemic, galleries like White Cube and David Zwirner have fallen into a rhythm of online programming with slick viewing rooms and offerings from interesting artists. Elsewhere, others are exploring a way of presenting art online that goes beyond the necessity of showing and selling their artists’ work. These three exhibitions are examples of the value of both of these approaches. 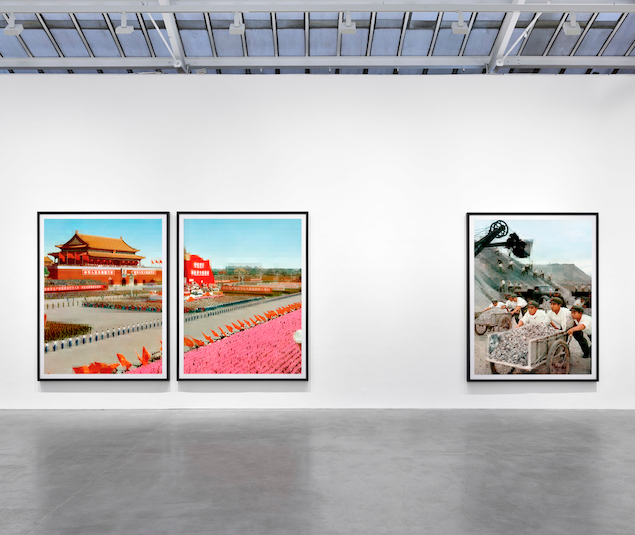 Installation view - image courtesy of David Zwirner and the Artist

Must a photography exhibition contain photographs taken by the artist? Thomas Ruff thinks not; his work does not exist in the image he uses but, as he puts it, “the image of the image”. He is not interested in what is depicted within pictures, but in a higher order enquiry into what the pictures themselves represent and how they might be powerful.

The works on show here use for source material scanned photographs from La Chine, a French language propaganda magazine created by the Chinese Communist Party. They represent a colourful world of peace and balance - a world that, by the definition of propaganda, does not exist.

The images were first published in the 1960s and 1970s. For these works, created in 2020, Ruff has digitally manipulated scans of these images to pixelate and obscure their backgrounds. The element of concealment added by Ruff brings a new dimension of untruth and secrecy to the images, emphasising their original deceptive nature. This exhibition’s layers of deception, one from the late 20th Century and one from last year, invite the viewer not only to question the contents of the images but also the nature of image-making in general. 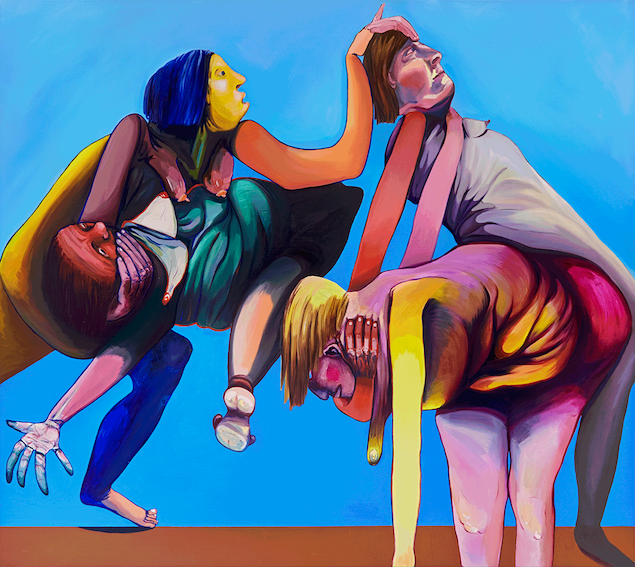 This exhibition is the fourth in White Cube’s Introductions series, whereby the gallery presents regular online solo exhibitions with emerging artists. Since Emma Cousin, whose work I first came across at her solo exhibition at Goldsmiths CCA between lockdowns in 2020, is the latest to receive this treatment.

If Picasso’s Guernica is comparable to a Greek drama, Emma Cousin’s paintings are comedy pantomimes with dark undertones. The large scale arrangements on show here contain chaotic configurations of incandescent figures. Poking eyes, pinching nipples, and interlocking hands and feet, they are suspended in the middle of what could plausibly be interpreted as a dance, fight or bizarre sex act. All the while, their facial expressions betray a range of emotions from dutiful boredom to searing pain. 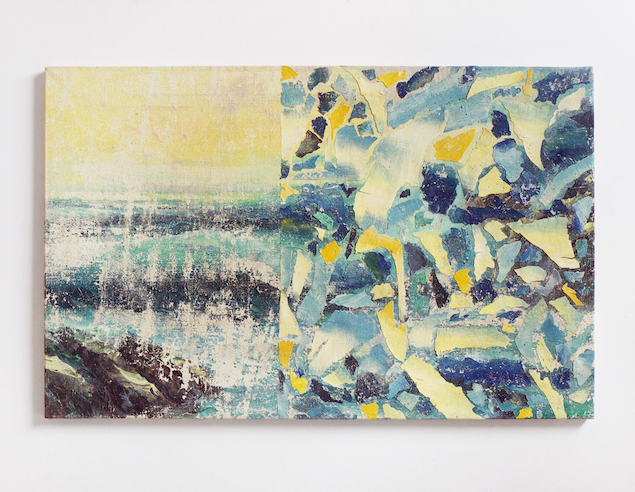 Pavel Buchler, The Sky and the Sea - Image Courtesy of Tanya Leighton and the artist

In the “real” world, no gallery is an island. Before covid it was usual to hop between a handful of exhibitions in an afternoon, ruminating afterwards on the relative merits of and points of comparison between the contents of each. Online, exhibitions no longer exist on the same physical plane; galleries’ offerings risk becoming insular. Galleries Curate is a collaborative platform hosting exhibitions, texts and artists’ profiles from a global roster of galleries with a view to create a “dynamic dialogue between our individual programmes”.

This exhibition, itself a joint offering from Tanya Leighton and Sadie Coles HQ, explores the transformative power of water. Pavel Büchler’s Modern Paintings series, perhaps the most straightforward illustration of this idea, are created by peeling the paint from found canvases before putting them through a washing machine and then re-applying the removed shards of pigment in a mosaic style.

The work on show is interesting but what gets me most excited is the collaborative spirit, the recognition that communicating captivating stories and ideas is more important than sticking to the limitations of a single gallery’s roster.