Is this the new normal? London’s art world seems to have returned to a time slot-booking, mask-donning cadence. Galleries are quieter and private views are strictly shoulder-rubbing free zones. This seems to have (at least inside the galleries) renewed the emphasis on pictures over people. With a time-windowed slot in an empty gallery, you can’t network. Instead, you’ll have to spend your time looking at what is on the walls. Which is just as well given the quality of these four exhibitions, all opening this month. 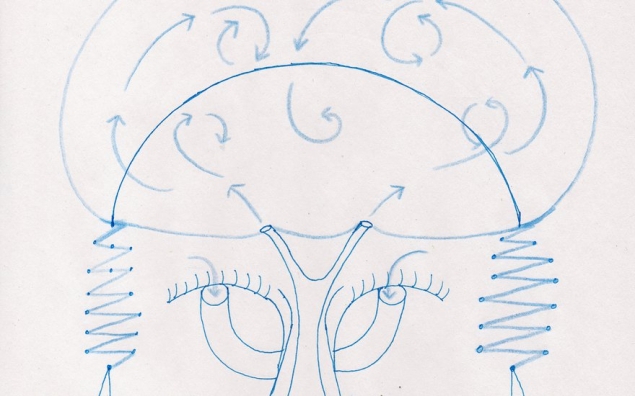 Detail from Eduardo Navarro, Breathing drawing - courtesy of Gasworks and the artist

Whether they meant to or not, most working artists have ended up producing some kind of “lockdown series” in the last 6 months. From George Condo to Lee Ellis, the pervasiveness of this experience had left a mark on a many artistic practices.

Buenos Aires-based Eduardo Navarro has never been interested in representing the world in the traditional sense. His work moves past this overwhelmingly Western conception of what art should do. Instead of reporting “facts”, he studies what makes us human from an emotional and empathetic standpoint.

When this exhibition (originally scheduled to open in April) was pushed back indefinitely, Navarro began drawing daily. Instead of the immersive installation originally planned, the artist has opted to show these drawings at the rescheduled show opening this month. In allowing the flow of events to influence his work and, by extension, this exhibition, he demonstrates what makes his practice special.

Navarro surrenders to and trusts in the emotions and impulses that made him start drawing back in April. He abandons what might have been fixed plans and turns to the drawings that represent him as a human in this moment. 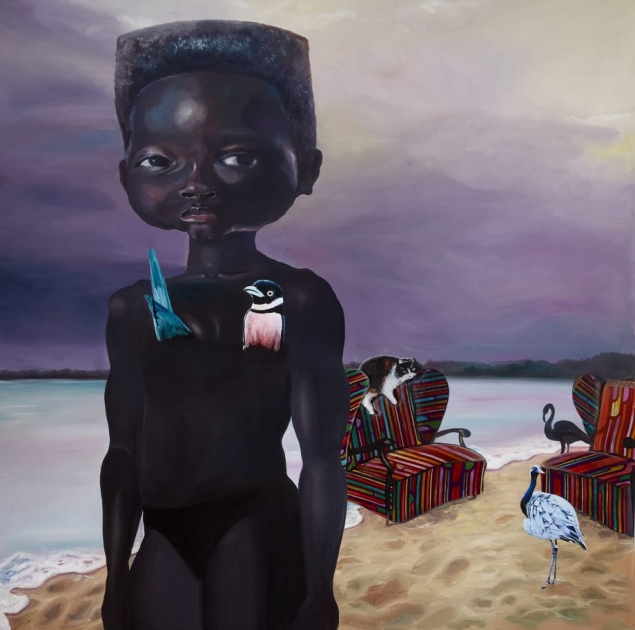 Until now, Ndidi Emefiele has been known for mixed media paintings that represent women in very real, immediately relatable situations: sitting on the train, eating popcorn on the sofa, dancing in a club. This exhibition is different. Her commonplace settings are replaced with surreal beaches and seascapes and the works carry a sense of otherworldliness.

After an early career spent painting the outward manifestations of strength and independence in her female subjects, Emefiele now looks inwards. The armchair, a symbol that represents “normal” life, is still present in some paintings but her figures no longer lounge on them. They instead stand naked, looking at the viewer with melancholy eyes.

These new paintings are rife with symbolism relating to death, the soul and the elusive idea of an other side. The sting in their tail is learning that these are the first new works from the artist after taking a year off following the tragic death of her sister. 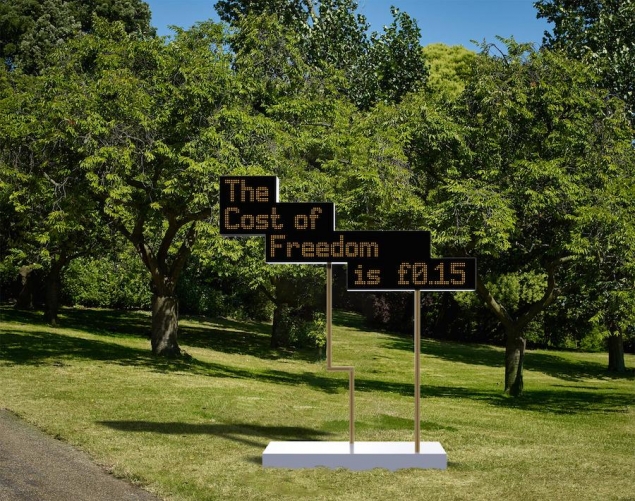 To a sceptic, Frieze Sculpture Park’s return this month might feel like a cuckoo-clock, continuing to mark the hour cheerfully with no knowledge of the chaos unfolding around it. Clare Lilley, this year’s curator, has different ideas: “rarely have our public spaces been quite so important for our mental and physical well-being, and this exhibition shines a light on sculpture in the open air”.

The slightly tired “now-more-than-ever” rhetoric aside, she has a point. As the great outdoors has shifted into focus, public art has also become more necessary. I remember a time when I was unaware of the complex and often vicious dynamics and pressures that come with creating and showing art. With these pressures pushing many to breaking point, it feels like an escape to step back and enjoy some sculptures in the park. Sometimes we owe ourselves such an escape, even if it is an act of wilful ignorance about the health of both the art world and the general population. 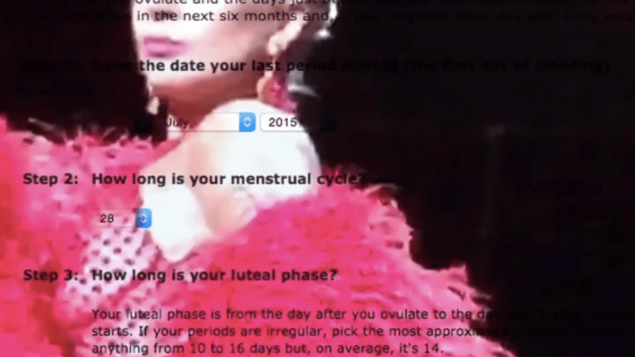 Still from Helen Benigson, The Furtility Dancer - courtesy of the artist

It is taking an embarrassingly long time for the gatekeepers of the art world to face the fact that it doesn’t provide a level playing field for artists. As in so many other ostensibly meritocratic structures, opportunities for artists end up being unevenly distributed. The winners are invariably those with existing privileges that enable them to focus fully on their work and get it in front of the right people.

Enter the Mother Art Prize: a new international art prize open only to self-identifying women and non-binary visual artists with caring responsibilities. Not only is this a great idea in principle - I’m for anything that skews the existing hierarchy in favour of those who it normally downtreads - but, predictably, it also brings to light the work of some fantastic artists. The 19 shortlisted entries will be showing this month at Kensington’s swanky new Cromwell Place.

Helen Benigson, this year’s winner, works across a range of media and disciplines including performance, text, installation and printmaking. Her colour-saturated works enquire about what it is to be an embodied subject taking up space in the world. Rather than abstracting from or attempting to transcend them, she engages with modern realities like the internet and questions how they impact and distort this corporeal existence.