Louise Bonnet has long been interested in the way that we exist within our bodies, specifically the dynamic of control: we struggle to contain and conceal their natural forms, attempting to downplay our materiality.

In this exhibition, she imagines a world where the body has won this war. Borrowing from the playbook of surrealism, she depicts voluminous figures, their proportions out of control, contorting themselves into impossible positions. For Bonnet this is a way of depicting the awkwardness and emotion that come with being human. Unable to hide it, her bodies overflow, physically manifesting a proud, glowing unwieldiness. 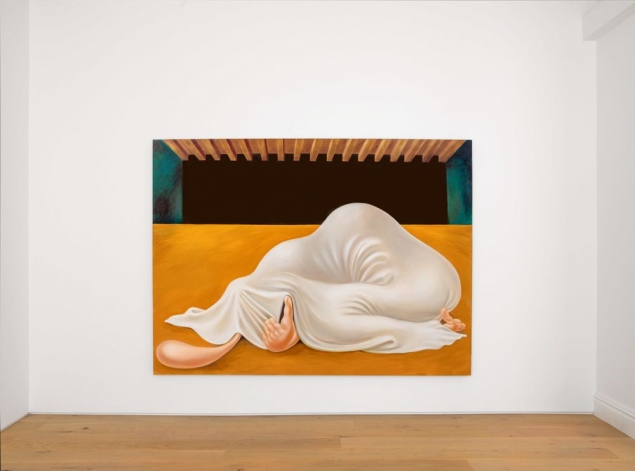 Each year, Bloomberg offers a small group of artists beginning their careers a programme of studio bursaries and educational activities, culminating in a touring exhibition. Across South London Gallery’s two spaces, the New Contemporaries exhibition presents a tasting menu of the best of the UK’s burgeoning young talent.

This year’s presentation is riddled with contrasts: Ben Walker’s small-scale, washed out works on coarse linen evoke an uncanny quietness and stillness, whilst Xiuching Tsay’s paintings revel in movement and fluidity, presenting ambiguous forms that seem to flow into one another.

Meanwhile, Katharina Fitz’s collections of small sculptures tackle the idea of mass production by reproducing and copying an object by hand using natural materials such as plaster and ceramic, allowing her touch to create mutations and errors. Stefania Zocco, on the other hand composes her images with the noticeable absence of the human hand, inputting data sets into image design software to create oil paintings on canvas that she sees to speak a universal truth. 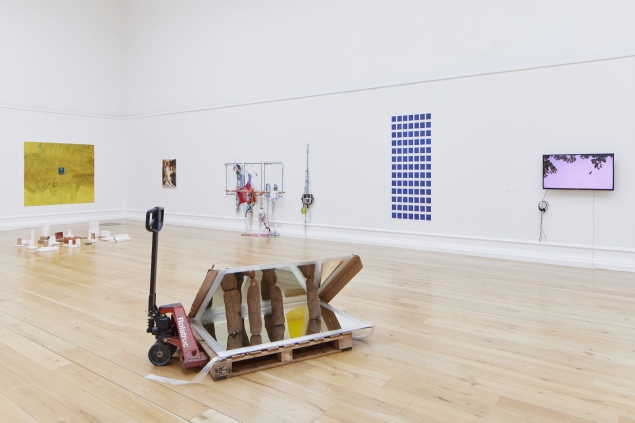 A gerund is a noun made by adding “ing” to a verb. This addition shifts the focus from an embodied, object-centred sense of doing (“I had to run for the bus”) to an abstract and detached thing (“I love running”). It also breaks down the boundary between a verb and a noun by turning the former into the latter.

In this exhibition of wall-based sculptures, Laurence Owen aims to do the same two things. The viewer is encouraged to view the work with the same focus that gerunds command; they are not instruments to do something (such as make a statement or answer a question), but things to be appreciated in isolation.

Like gerunds do, the varied media (including copper, Jesmonite, oil paint and ceramic) and forms employed by Owen also allow the sculptures to transcend boundaries that we take as given - rather than verb and noun, this exhibition renegotiates relationships such as solid and fluid, interior and exterior, natural and man-made. 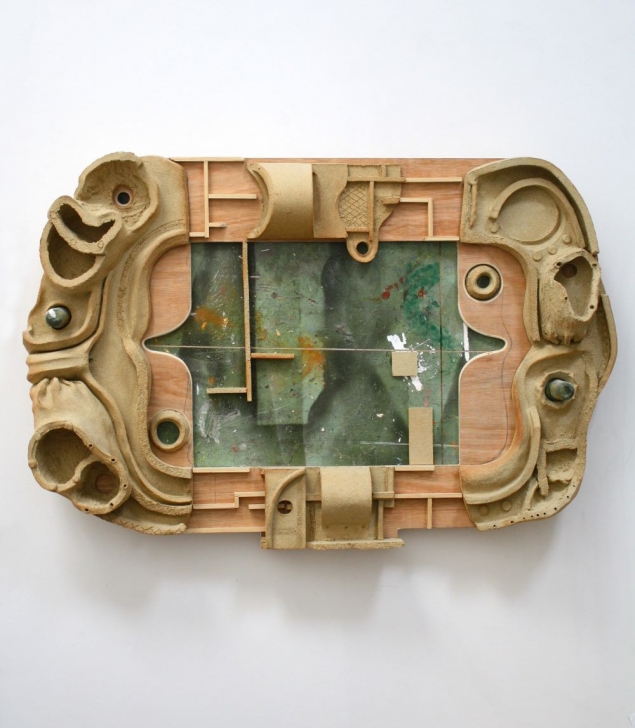 Image courtesy of Lychee One

Not only is Vivian Suter inspired by Guatemala, where she has been living and working for the last 40 years, she also allows the country to play a role in creating her work. She paints outside her rainforest studio, leaving her large-scale unstretched canvases outside and exposed to the elements.

In this exhibition, suspended from a wooden framework overhead, the works are imbued with an overwhelming sense of organicness and the outdoors that rejects all that we have come to expect from white-walled, white-gloved gallery exhibitions. Their loose hanging in the centre of the room creates a canopy-like effect and paw-prints from Suter’s dog Tintin, twigs, leaves and water spots all aid her paintings in recreating her rainforest studio here in cold, grey London.