The exhibition, spread over both gallery rooms of Kostyál’s Savile Row location - as well as in the window of Huntsman, the esteemed taylor that it resides above - could almost be seen as a mid-career retrospective for the Cornwall-born artist. Encompassing oil on linen paintings dated from as far back as almost a decade ago (‘Whip’, 2011-12, a portrait of an overly muscular, steroided whippet) to those completed right up until the day before the hang, as documented on Spiers’ must-follow Instagram account (‘Breathe’, the final work to be completed, a golden haired siren of figurative abstraction with tongues protruding from it’s eye sockets); ‘Hook and Crook’ presents the very best of the more figurative side of the artist's oeuvre. 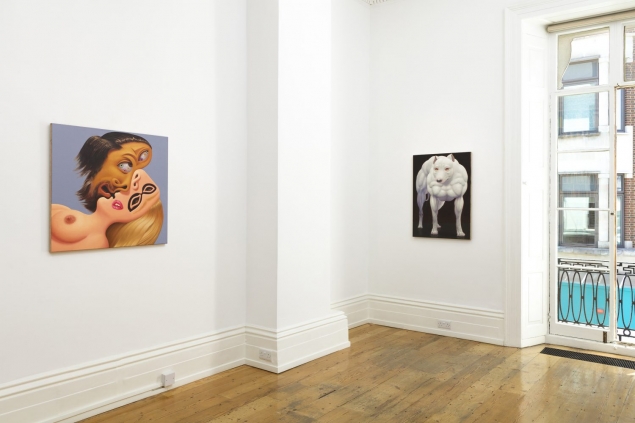 The lineage of artists and professors can be traced back yet further to Spier’s Goldsmiths tutor and eminent Scottish painter Peter Doig whose mastery of the marriage of traditional techniques with a contemporary figurative style must no doubt be a founding influence behind the works we now see in ‘Hook and Crook’. Spiers’ works are pristinely rendered with a painterly prowess perhaps rare among his contemporaries, displaying a profound grasp of the history of art evidenced further by the many acts of appropriation on show, perhaps inspired by another of the artists major artistic influences, Simon Linke, the Australian painter who since 1985 has been reproducing Artforum magazine covers in thick oil paint.

Whilst some of these art historical references are subtle and stylistic, a nod to Japenese art of the Edo period here, a cubist reworking of facial features there, others are more direct in their appropriation. One can believe, as indeed is hinted at in Epp’s catalogue, that ‘Viennese’, 2014, has taken its base composition from Edvard Munch’s ghostly, bare-breasted ‘Madonna’ before arriving at the Egon Schiele-esque contortion depicted in the finished painting, a secondary inspiration perhaps implied by the works title and the Austrian’s prominent position within the Secession. The exposed ribs, pendulous wrists, twisted fingers and wiry pubic hair of the natural companion piece to ‘Viennese’, 2019’s ‘Succession’, echoes the aforementioned Schiele’s haunting, androgenous self-portraits, although completed by Spiers with the ambiguous addition of a nun’s traditional coif and veil.

The clearest example of art historical appropriation on display in ‘Hook and Crook’ is ‘Blue Steel’, 2019, Spiers contemporary reworking of Jean Dubuffet portrait of the French poet, and asylum regular, Antonin Arnaud - which manages to retain all of the manic intensity of original. 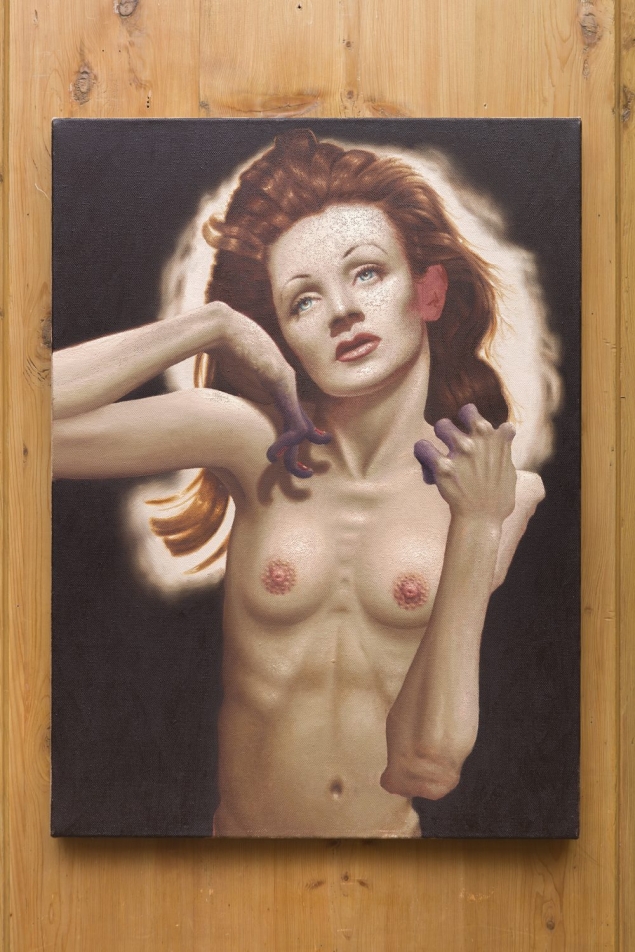 Finally, ‘Hook and Crook’ - the exhibitions title that references the old English saying, first recorded in 1380, ‘by hook or by crook’, meaning to achieve or provide something by any means necessary - could be seen as having a duality of interpretation that highlights this important moment in Spiers career. The artist faces a turning point from having previously managed to achieve the difficult task of maintaining a life of art-making ‘by hook or by crook’, to now facing sudden, rampant interest in his work and the pressure to produce work quicker than ever before in order to meet this demand, something that Spiers is determined to again provide ‘by hook or by crook’. 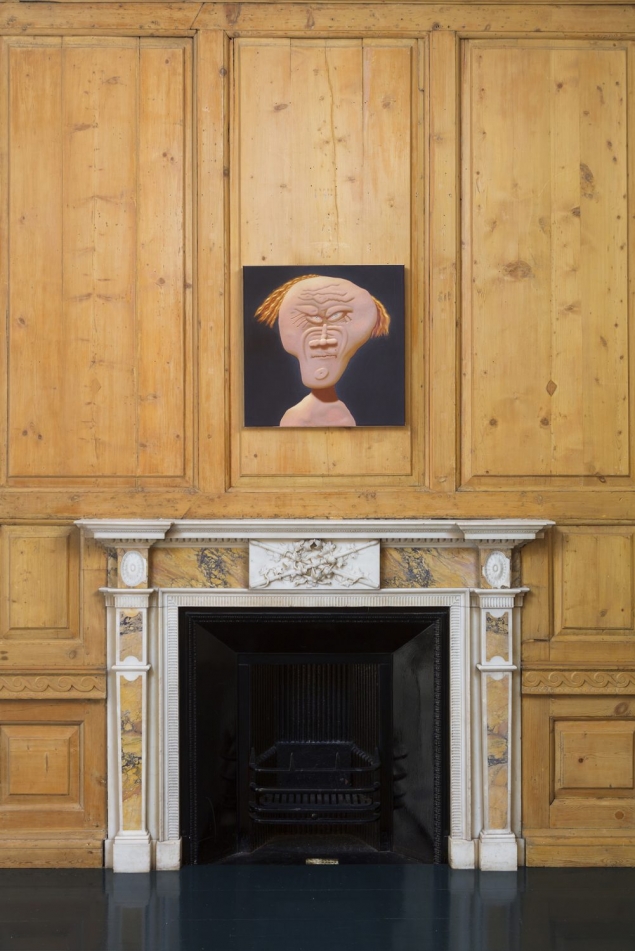