Our Curator at Large, Hector Campbell, has been scouring every corner of London to find the best up-and-coming artistic talent. Discover Hector’s latest exhibition recommendations below.

Shadi Al-Atallah’s latest solo exhibition ‘Fuck, I’m Stuck!’ at J Hammond Projects in Archway,
North London, continues their exploration of queer and racial identity, as well as sexuality and
mental health, through a series of unapologetically explicit and intimate self-portraits. Currently
studying for an MA in Painting at the Royal College of Art, having previously completed their BA
at Camberwell College of Arts, Shadi draws upon their childhood in Saudi Arabia, and the
cultural and spiritual practices of their birthplace. As with their previous solo exhibition at Cob
Gallery (2018’s ‘Roadblocks’) the life-sized paintings on display in ‘Fuck, I’m Stuck!’ are
exhibited unstretched, devoid of structure, thus adding to the feelings of awkwardness and
unsureness depicted within the works themselves. For this latest series Shadi’s employs their
graphically autobiographical style to question the commonly conflicting psychological relationship to restraint and restriction, often at once lusted after and avoided in equal measure. ‘Fuck, I’m Stuck!’ runs until June 1st. 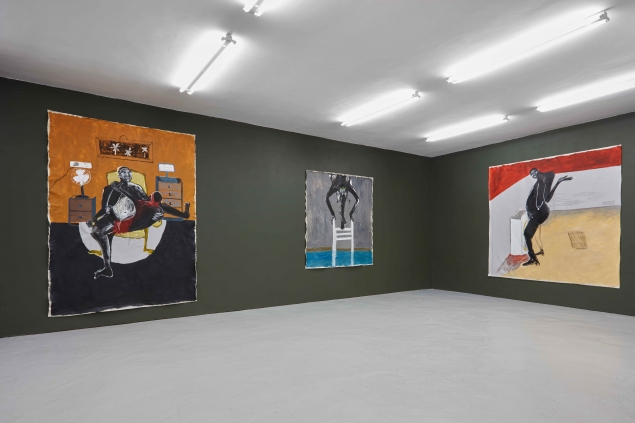 ‘The Pothole’ at Standpoint Gallery in Hoxton, East London, marks Anna Reading’s receipt of
The Mark Tanner Sculpture Award, the prestigious award for emerging UK sculptors, with a
particular emphasis put on those artists whose work displays a dedication to both process and
materiality. Anna, the 16th recipient of the award, has transformed Standpoint gallery into an immersive environment of both stationary and kinetic sculpture, completed with a collaged vinyl
floor, that will be activated during the exhibitions run by a scheduled series of performative
interaction with the works. Utilizing commonly discarded quotidian materials such as cardboard,
packaging foam, gravel and chip forks, Anna employs upcycling as a way to demonstrate
humans skewed relationship to both the organic and the synthetic, the resulting sculptures
imbued with the tension between past and future, waste and use, decomposition and
rejuvenation. ‘The Pothole’ run until June 22nd, before touring to Cross Lane Projects, Kendal, Cumbria (November 1st - December 14th) and Bury Art Museum and Sculpture Centre, Greater
Manchester (March 7th - June 20th 2020). 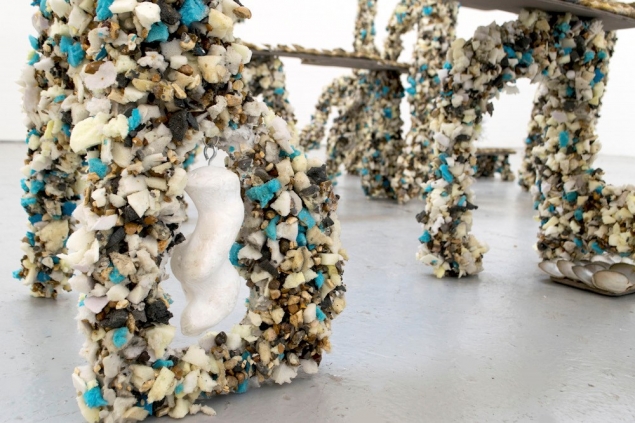 For Adam Hennessey’s latest solo exhibition at New Art Projects in Cambridge Heath, East
London, the Turps painting school 2014/15 alumni is exhibiting paintings representative of a
single page in his new comic book ‘Blemish’. Both the comic and the exhibition tell the tale of
Adam’s cursory visit to the doctor for a sprained ankle that resulted in the discovery of a small
blemish on his body, and the ensuing physical and mental evolution that followed that
experience. Adam has also curated an accompanying exhibition ‘And Beyond’ that takes over
New Art Project’s other two basement gallery spaces. Artists whose work Adam believes to be
in line with his own are presented as a cross-section of his community of contemporaries,
including Roisin Fogarty, Grant Foster, Bruce Ingram and Matthew Krishanu.
‘Blemish’ + ‘And Beyond’ runs until June 29th. 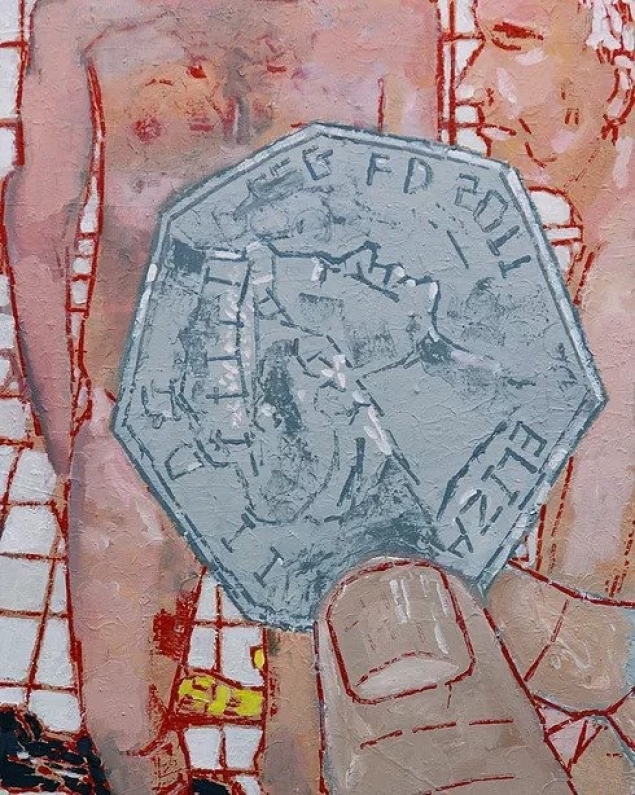 Adam Hennessey, ‘Lockers that give you your 50p back’, Acrylic on canvas, 2019. Image courtesy of New Art Projects.

Nevine Mahmoud’s debut European solo exhibition ‘belly room’ at Soft Opening’s recently
opening Herald Street location in Bethnal Green presents five new sculptures fabricated from
the artist’s favoured materials of hand-blown glass and carved marble. Nevine has co-opted
these conventionally male-dominated disciplines and reappropriated the antiquated mediums to
convey her contemporary and conceptual ideology. Continuing her questioning of the ability of
the male gaze to fragment, fetishize and compartmentalise women’s body parts, ‘belly room’
features two works depicting dismembered yet delicate single glass breasts, as well as one
example from the artist’s popular series of busts. The marble works on display are similarly
erotically ambiguous, portraying a piece of fruit and a plastic children&#39;s slide, the marble forms
could equally be viewed as bodily forms, the interpretation of the curved surfaces and clean
crevices seductively suggestive. ‘Belly Room’ runs until June 30th. 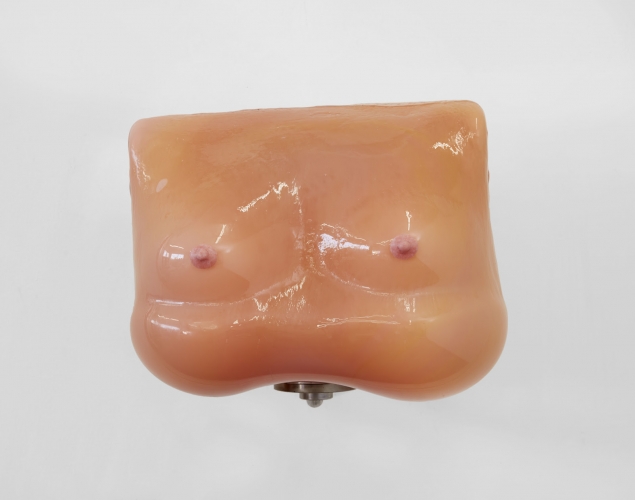