Very few artists can say that Francis Bacon once bought one of their works. But Fred Ingrams can. Fred is successful British painter who's spent the last seven years painting the Fens, a seemingly featureless industrial landscape in eastern England. What took him there? Well one day the artist headed off to an odd bit of landscape he'd spotted on Google Earth. It was the Fens. And amidst those flat, marshy plains the artist found the inspiration he'd been looking for. “It is a place,” says Fred, “full of strange stories, myths, strange place names and strange people."

We wanted to know more about the artist's fascination with the Fens, his fondness for acryclics, and his insistence on painting from life. 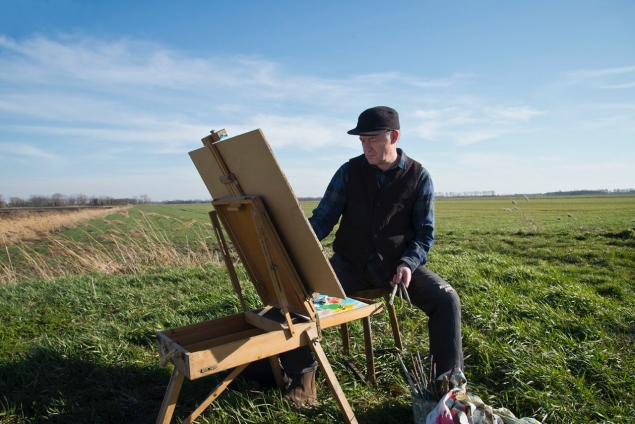 Fred, what is your process and which materials do you use?

I've painted in acrylics ever since I started my painting course at Camberwell Art School in the early 1980s. The tutors there refused to teach me if I continued to use acrylics so I had to leave. Hard to believe now but many of the tutors then believed using acrylics was not really proper painting. 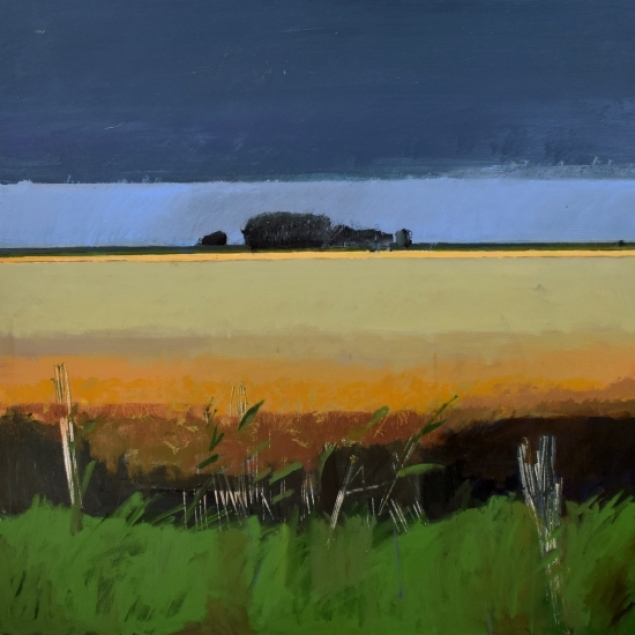 I have always painted on board as I don’t like the bounce you get with canvas. I use a sharp knife to scrape paint away and as I need to press very hard, I would go through the canvas. I have painted this way for 30 years. 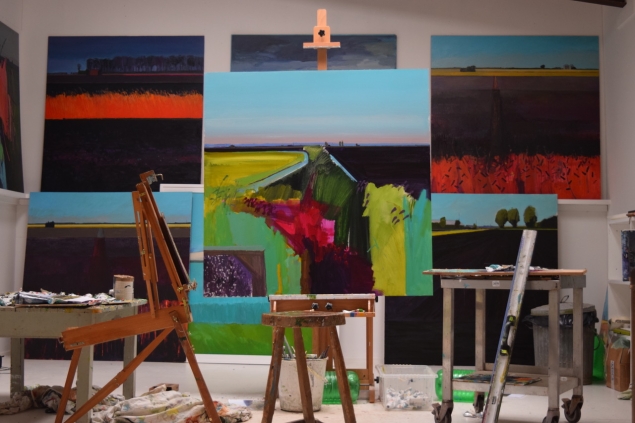 What draws you to the Fens?

Ever since seeing Richard Diebenkorn's work at the Whitechapel Gallery in 1991 I had been looking for a landscape that was made up of grids and planes of colour. One day I was looking on Google Earth and saw a strange long shape in the landscape near Kings Lynn. I couldn’t work out what it was so set off to find out. 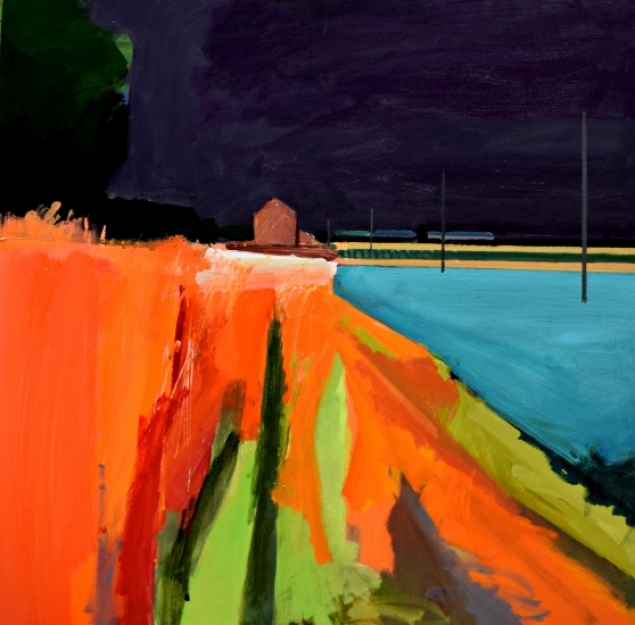 I ended up at Welney on the banks of the Bedford River which makes up one side of the Ouse Washes. Looking out across the landscape towards Littleport I realised that I had found the landscape that I wanted to paint. It is a very empty landscape and one that you can be alone in. I need that sense of space and quietness to paint in. When I get there and set up my easel I physically and spiritually feel different. 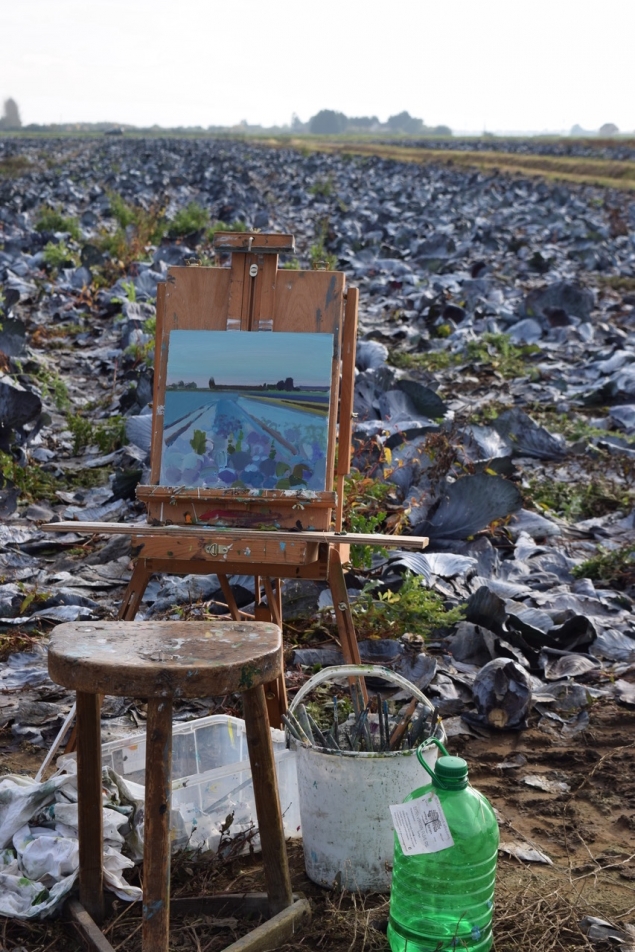 Why do you paint within the landscape itself - instead of working from a photograph?

Memory is so important to me in my work. I want to paint “about" the landscape not “of"  the landscape. Photographs distort the perspective and make objects on the horizon smaller. I use them as reference but try and work mainly from the sketches that I paint in the landscape. Often a study can take a couple of hours and in that time so much changes but I have a memory of that time which I try and put into the work. 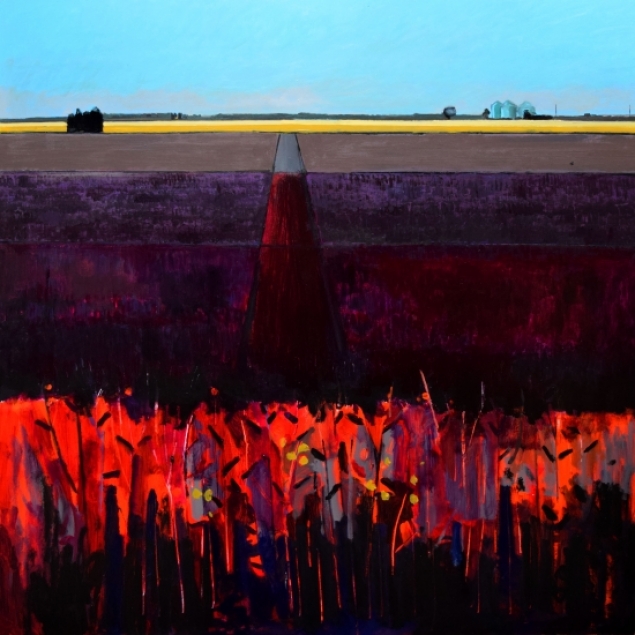 The dullest landscapes are the ones that try to record only what is in front of the artist. Paintings that are done from photographs are just that. I really believe you have to know and understand a landscape. The more I learn about the Fens the more I need to paint it. 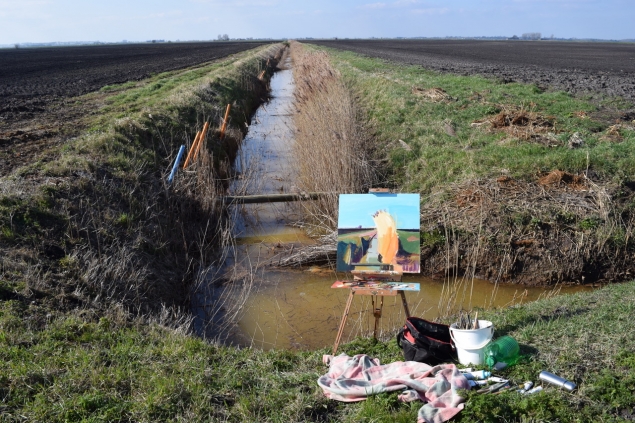 How did it feel when Francis Bacon purchased one of your artworks?

Francis came to the private view of the opening show of a new Soho Gallery called the Birch & Conran Gallery. I think he bought the painting more as a gesture of support for the gallery rather than because he really liked the painting. 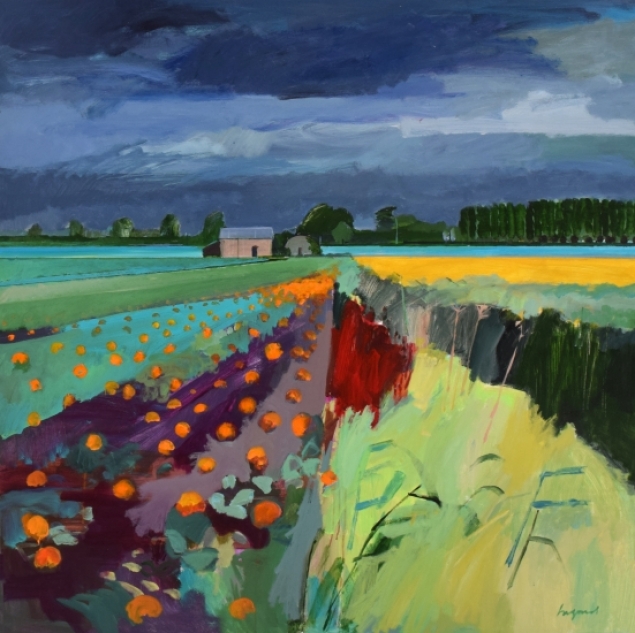 He told me it was the best work in the show but I know he often bought paintings and then destroyed them. However I was young and it was a very exciting night. Afterwards I got to know him a bit as I used to drink in the Colony Room which was his favourite club. 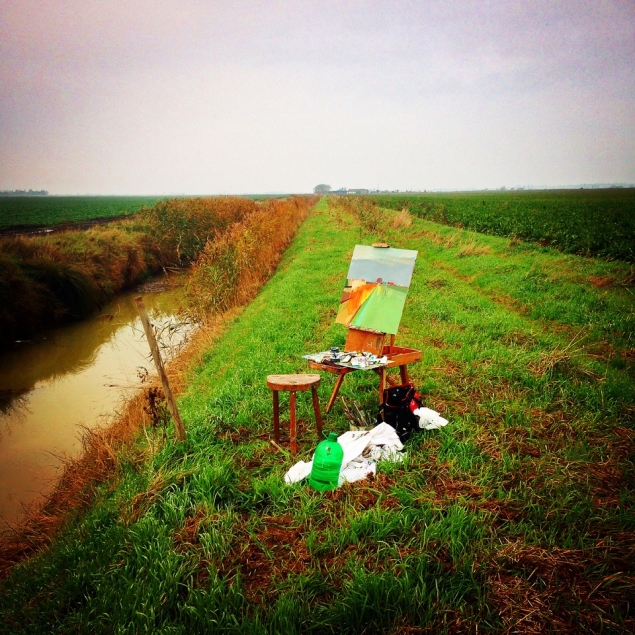 Tell us about your studio space. What do you love about it?

I finished building my new studio last year. Until then I have always painted in dark, damp, dingy spaces that were either cheap to rent or the only space I had available. 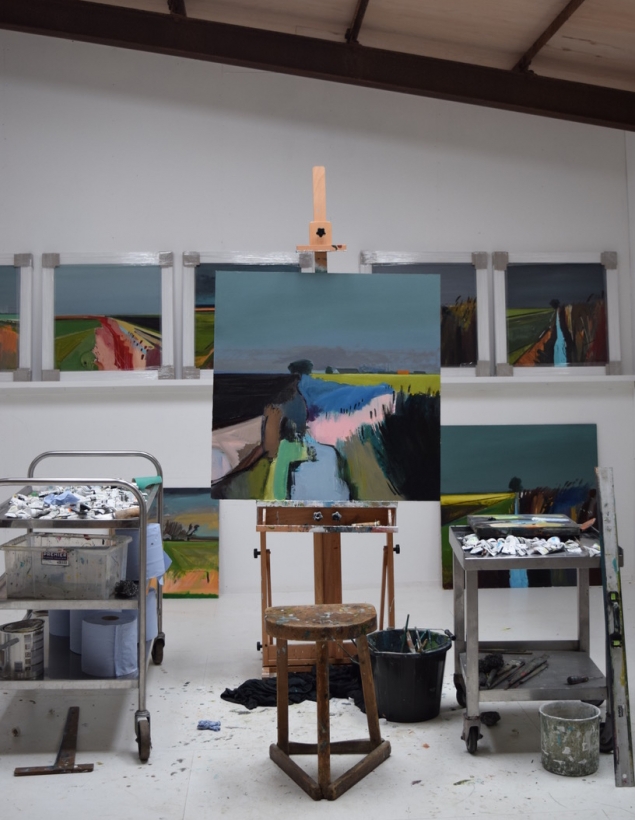 So I have just converted two stables into a bright, white, warm, dry space with lots of natural light. It felt very strange to begin with but as it has filled up with work and my junk and now has paint splattered on the floor, it feels very comfortable, very quiet and peaceful.