Rise Art insider Adriana Marques bought her first Rise Art artwork from Dai Roberts back in 2011. Six years later, she finally meets one of her favourite artists to discuss his work, his recent move to Essex, and why he is fascinated with Modernism and the 21st century. 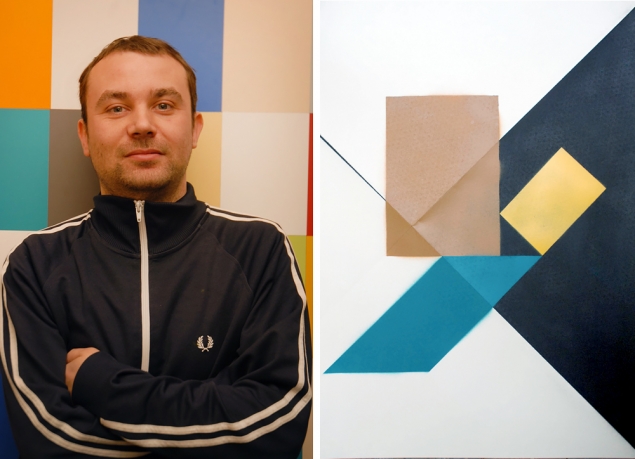 Tell us about your process and practice

I originally started out making sculptures and that’s still how I approach my works on paper. They all start out with folding, spraying, unfolding and considering the paper as a material itself, rather than just a canvas. I was probably influenced to a certain degree by my Dad who is an architect.

Over the last decade, my work has become much more about a developing a process and using that to create a large series of works. I’ll create a set of rules to start, such as chose a palette of colours, a set of folds, size of paper etc, and then I just play with those in different variations, often making about 40 or 50 works per series and then editing that down to the best 8 or so. It removes a lot of the decision making, and allows me to be quite prolific. 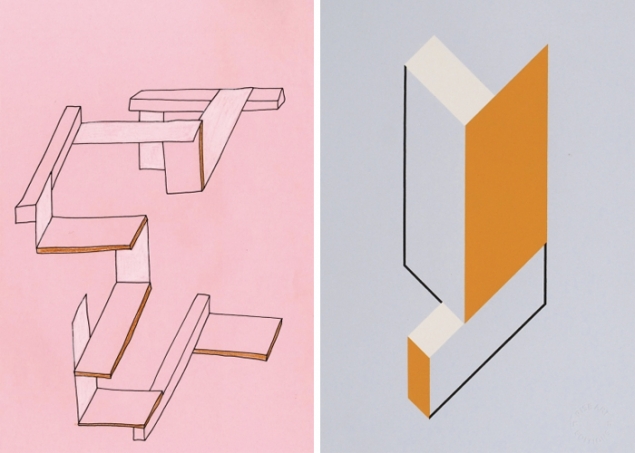 Tell us about your studio

I moved out to Essex last year from a small flat in London, so that I could have more space. I’ve been very interested in the approach by American artist Andrea Zittel, whereby your studio and living space become one thing - a bit like the blurring of art and life.

I moved to this modernist 1970s house with my family and I have my studio in a spare room where I work on my prints and artworks, but I also have a wood workshop in the garage, where I’ve been making sculptures and furniture for the house. All the furniture I make, including some things for my kids, is all numbered and catalogued, almost as if they were artworks. 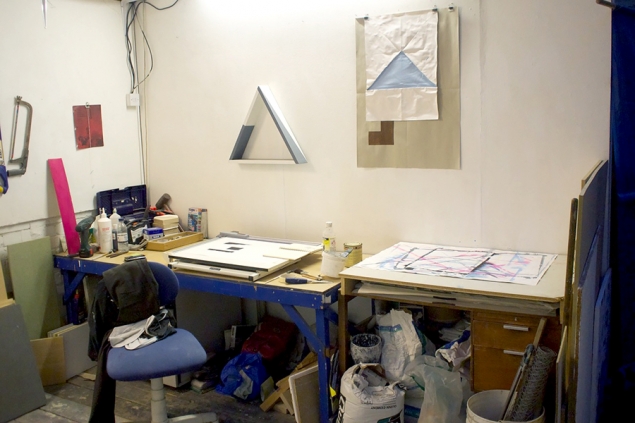 What has been the greatest influence on you as an artist?

There is something about the Modernist movement, especially in architecture, that still influences me. I was very inspired by visionary thinkers like Buckminster Fuller, but I feel that Modernism has just become this everyday aesthetic and that its true origins have been lost. It used to be about utopian ideals and making the world a better place, but now it seems to be understood very much as just a style and fashion.

At school, I loved subjects like Craft Design and Technology (CDT) which is where my strengths lay. I really enjoyed making models and pretend designs, and that was enough for me. When I left school, I actually followed this path and became an engineer, but after a few years I had to make the switch to art. I did it as a way to understand myself first, and then I saw art as a way of understanding the world, or at least my experience of it. 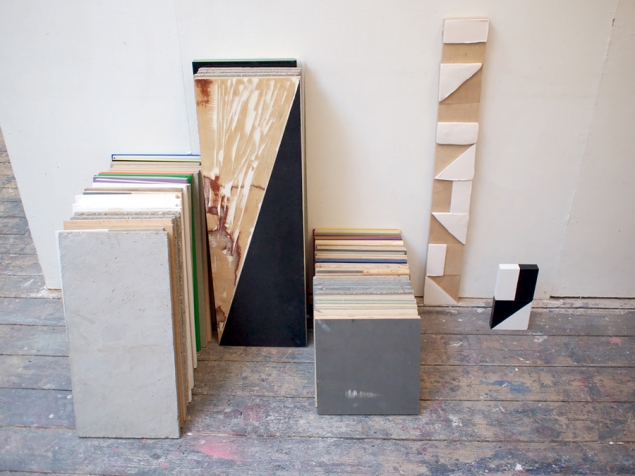 What is your most meaningful artwork?

It has to be the work I made on my fine art degree at Nottingham Trent. At that time in the early 2000s, we were learning art was very much about politics and content, but  I made a big collection of striking colourful objects that looked great together and got a lot of interest. I think it was then that I really got behind myself and the idea that I could actually be an artist. I love that art and design has opened up since then. It has become much more about materials and processes again, which I think has made art more appealing and accessible to a much wider audience. 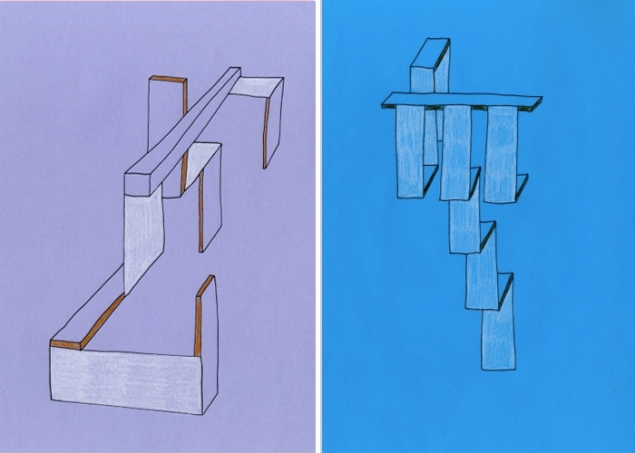 What do you love most and also hate the most about being an artist?

It has to be the freedom of it. It is both the best and the worst thing, and that makes it a bit scary. Everything is up to me, but then I can also decide when to stop and when to start, so there is no rush. It’s a lifetime’s work after all. 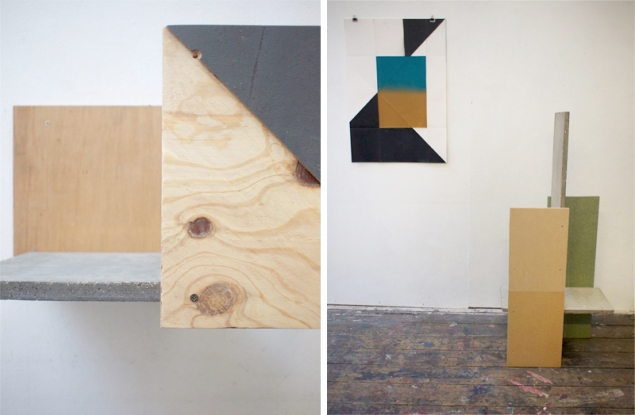 What are you working on at the moment?

There are always a few things I have on the go at the same time. I’m currently working through a new series of paper based works called Folded Planes. They are based on the folded patterns you get when making paper aeroplanes, and I’ve been wanting to do something with that for a while. I’m really enjoying how they are turning out, and I’d love to show them in a non-contemporary gallery, probably somewhere quite traditional to have that contrast. I’ve also been developing this idea of ‘21st century moments’. Events  and situations that have only developed recently in our world, like someone being hired just to clean solar panels. I am developing these into a series of artworks, but currently I’m just observing and collecting ideas. 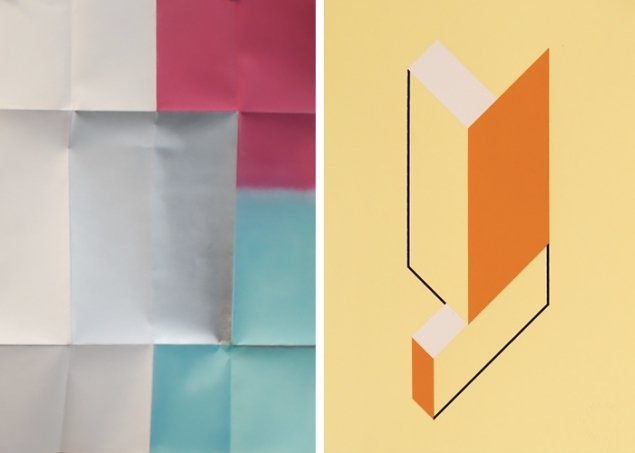 Works on Paper | Browse the Collection

Adriana Marques is an experienced curator and leader in the arts, with specialist knowledge of culture led regeneration. She has Over 18 years international experience which includes ambitious public commissions, delivering wide reaching public programmes with a range of cultural partners, and advocating for culture through teaching, public speaking and writing various cultural strategies.

She has just a started working for Peabody, leading a long term cultural strategy for Thamesmead, but is Best known for her public art commissions and cultural programme at Queen Elizabeth Olympic Park. She has written "Open Space", an advocacy publication for Arts Council England on best practice public art in London; running the contemporary art programme at the Austrian Cultural Forum for 7 years; and creating Lido Love, a night-time festival at London Fields Lido which ran for three years.