Imagine your favourite song transfigured into paint on canvas. Robert Dunt does just that, spending long days in the studio painting meticulous and expansive colourfield canvases that act as a visual metaphor for the deeply layered nature of the music that inspires him. Visually striking and conceptually deep, Robert's works are a contemporary take on abstract expressionism. Take a look around his studio with us and discover his devotion to distortion. 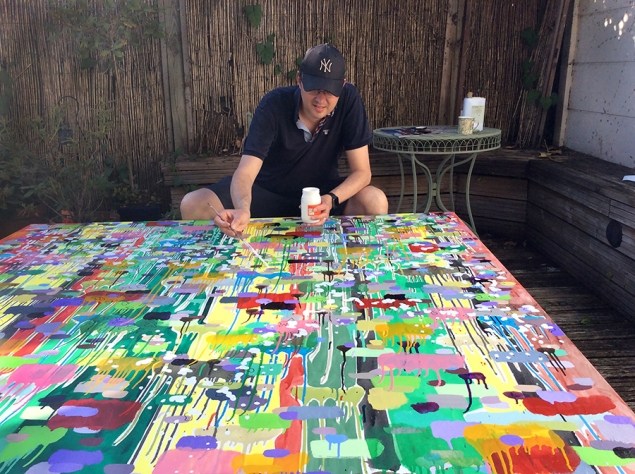 Robert working on one of his colourful distortion pieces.

Robert, can you tell us about your art?

I'm influenced by colour and inspired by music. I’m influenced by works that explore colour, such as the paintings of Patrick Heron. My intention is not just to recreate these works, but to develop them. To do this, I began looking at ways of using colour in a more contemporary context. 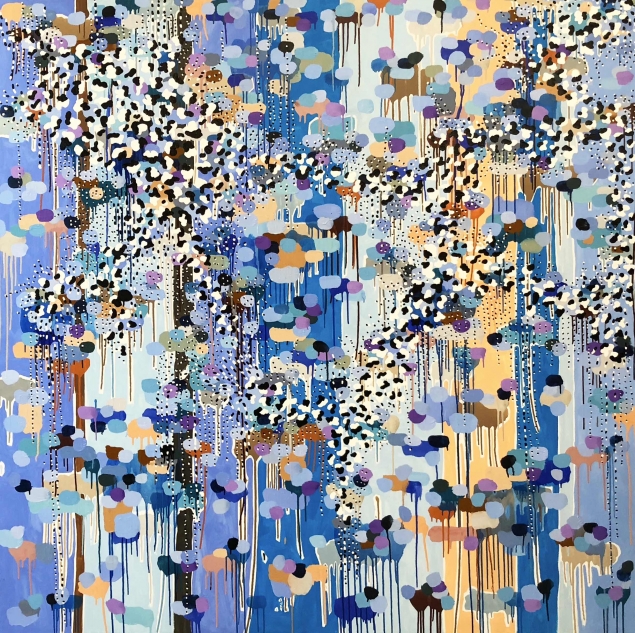 I was inspired by the alternative rock band The Jesus and Mary Chain, who wrote "pretty" Beach Boys style pop songs but then covered them with noise, distortion and feedback. In a similar fashion, I began painting "pretty" Patrick Heron style paintings before covering them with black and white "Distortion Forms" as a visual metaphor for this audio distortion. 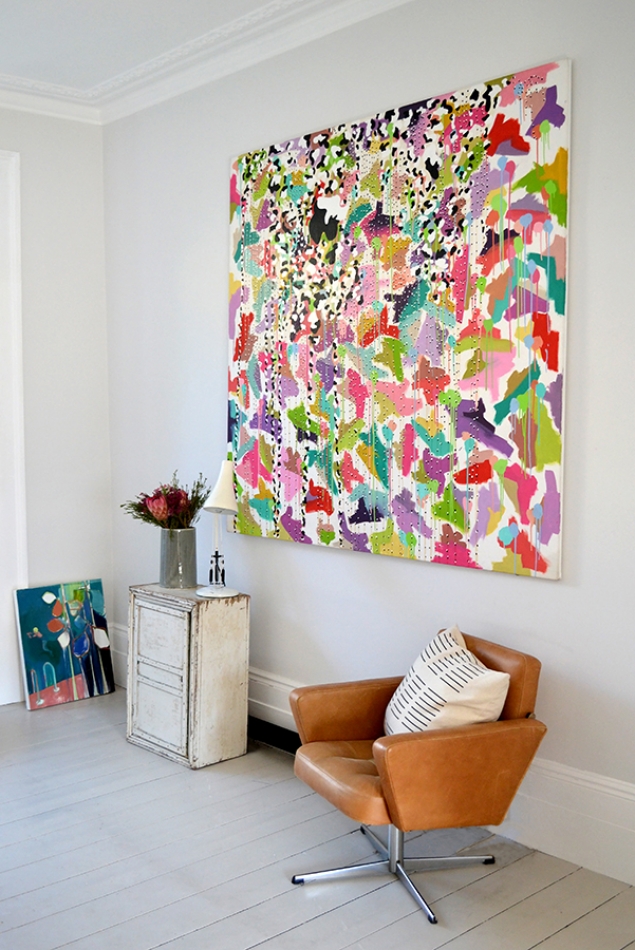 When did you decide to pursue art full time?

I have always sought out creativity. I thought that being a barrister would give me a more creative experience in the legal world, but it wasn’t enough. Then I moved to journalism, and while it was better, there still wasn’t enough of a chance to really use one’s imagination. Then when I had an extra day’s holiday while my wife went back to work, I bought a canvas and some paints, and from the second I put the first large slab of colour on the canvas I knew that was what I was going to do. 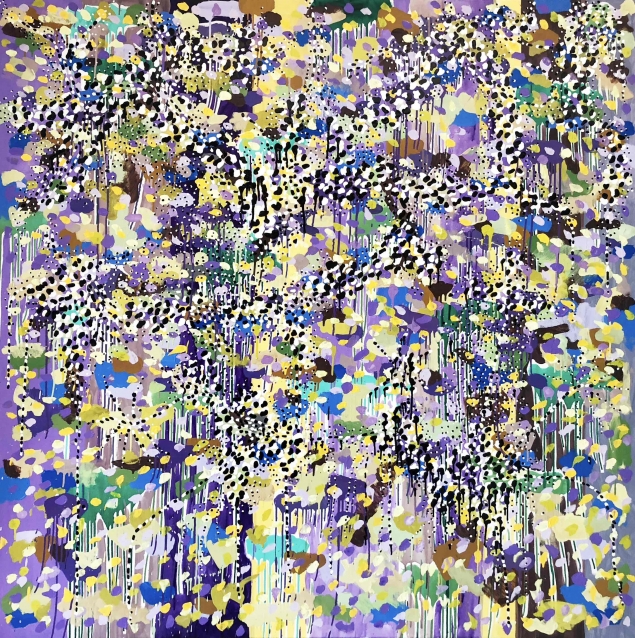 What has been the greatest impact on you as an artist to date?

The teachings of Andrew Grassie (an artist with the Maureen Paley gallery), who really taught me how to paint more professionally and technically; and going to exhibitions - especially a Patrick Heron show at the Tate years ago, a David Hockney one in Paris with those great colourful landscapes, and Sigmar Polke at Tate Modern - is a constant source of inspiration. 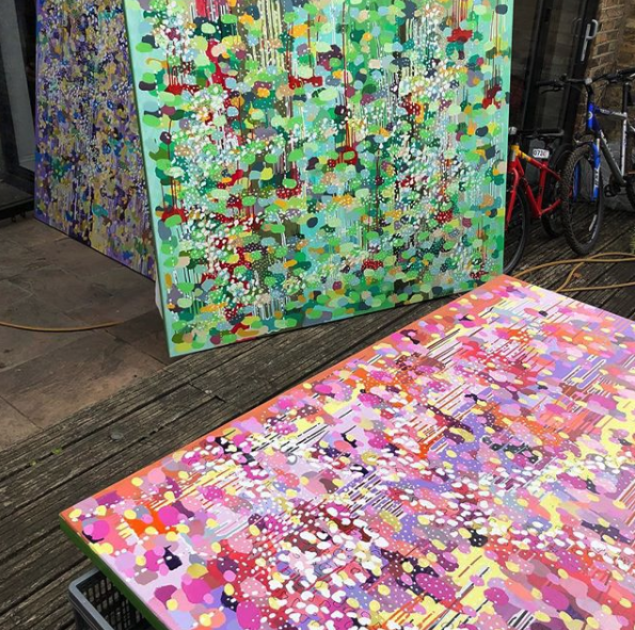 Foliage Rift and Dawn (That's The Way I Hear It) in progress.

What's the best advice you’ve ever been given as an artist?

Probably Andrew Grassie telling me to paint the edges of some hard edged paintings more tightly. It made me realise that the work doesn’t really have to end up being tight, but you need to know what atmosphere you are trying to create and stick to that. Essentially you need to make your paintings as professionally as you possibly can. 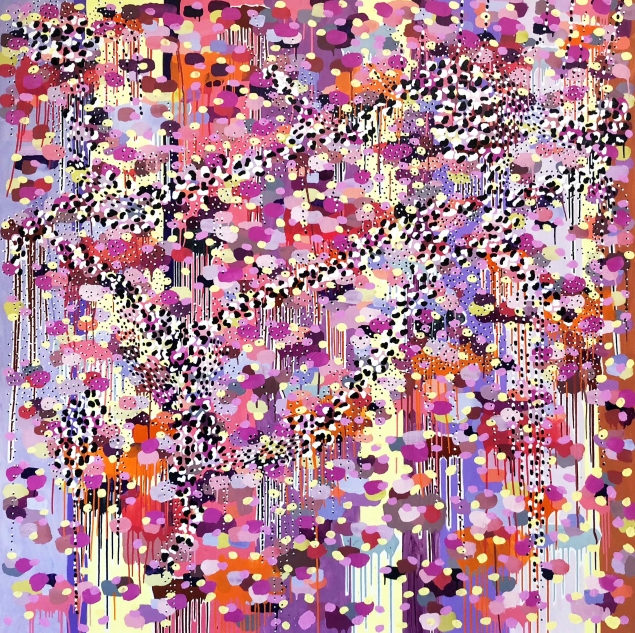 Dawn (That's The Way I Hear It) by Robert Dunt.

And what's your favourite inspirational quote? 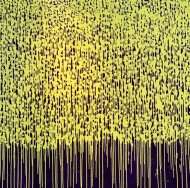 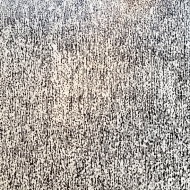 White Noise Too by Robert Dunt 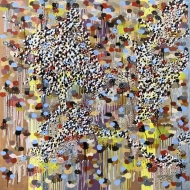 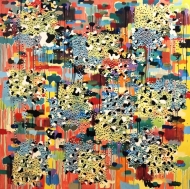 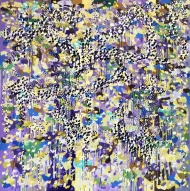