Posted in Inside Scoop by Katherine Mellor on 31st March 2017

You can’t have missed all of the press and publicity surrounding David Hockney’s retrospective at Tate Britain (until 29 May). It is worth the hype, and the queues, and the overcrowding in the galleries (a pet peeve of mine). The first few rooms are alive with the light, colour, creativity and innovation of his early work, and encapsulate his constant preoccupation with depicting reality throughout his career.

We Two Boys Together Clinging

His use of a staggering range of media and artistic styles marks him out as one of the most influential and innovative living British artists, but it can be difficult now to understand quite how startling his early works must have seemed to a 1960s audience.  Paintings such as We Two Boys Together Clinging brought a new life to Pop Art. It combines a graffiti-like style inspired by Jean Dubuffet, with the then shocking subject matter of two gay men (homosexuality was still illegal at the time), along with the poetry of Walt Whitman and a reference to Cliff Richard. This combination of academic exploration of the style and nature of art with dry humour became typical of Hockney’s work. 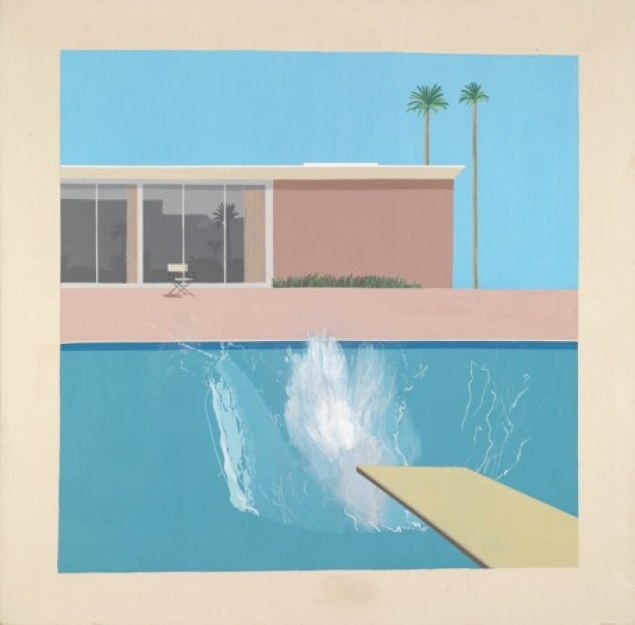 Tate’s exhibition presents his Los Angeles work of 1960s and 1970s closely together in a small room, and this focuses our attention on the nature of his painting at that time.  A Bigger Splash - probably his best known work - at first appears to be a simplistic image of the Californian life, but it represents his desire to explore the nature of paint and how it can show us movement, light, water and three-dimensionality when applied to the canvas in a different way. Even his decision to present the painting within a border was deeply considered, forcing us to ‘step inside’ the painting rather than viewing it from an objective distance, so we can really feel that splash. 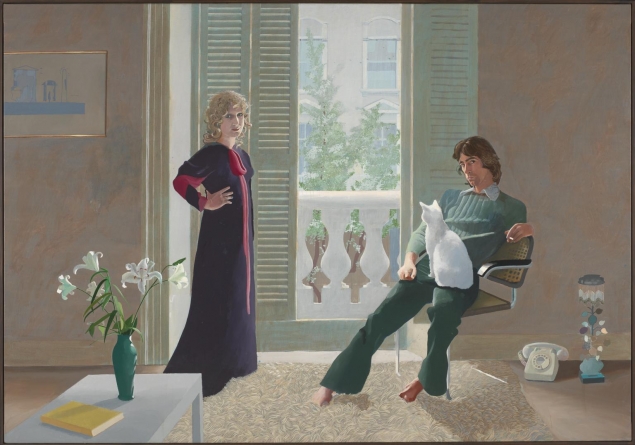 Mr and Mrs Clark and Percy

After a stunning room of portraiture, containing the glorious Mr and Mrs Clark and Percy, along with several other paintings illustrating Hockney’s stiffer but powerfully observed style, the show loses steam for me in its second half, which is filled with his digital landscapes. These are undeniably beautiful but far removed from the radicalism of his early work. Digital Drawing at Annely Juda Fine Art offered a more interesting exploration of this later work. This small exhibition of Hockney’s most recent work focused on his use of new media to explore the nature of space and perspective. 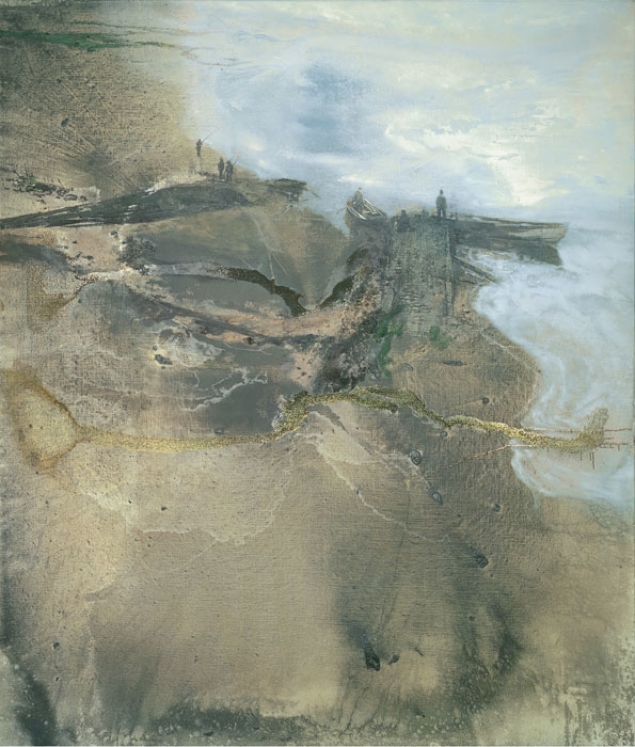 Unlike Hockney, Michael Andrews is a somewhat neglected artist, which can be partly explained by the fact that he died young and worked slowly, producing roughly two paintings a year. This retrospective aimed to put right that wrong, by showing a group of 64 works which makes up around a quarter of his entire output. His paintings are full of joy and have an immediacy that belies their laborious and painstaking production. They are clearly based in reality but combine this with flights (literally in some cases) of dreamlike fantasy.

You Should Also See: 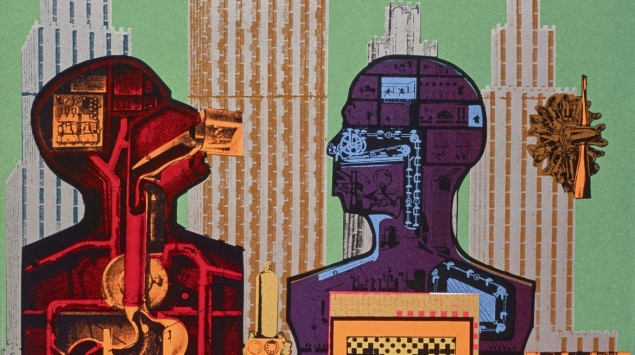 You may know Eduardo Paolozzi for his public art - his mosaics at Tottenham Court Road tube station and sculptures at the British Museum and Chelsea and Westminster Hospital - but this exhibition at the Whitechapel Art Gallery (until 14 May) will introduce you to the huge range of his work and in particular his stunning graphic collages and screenprints. 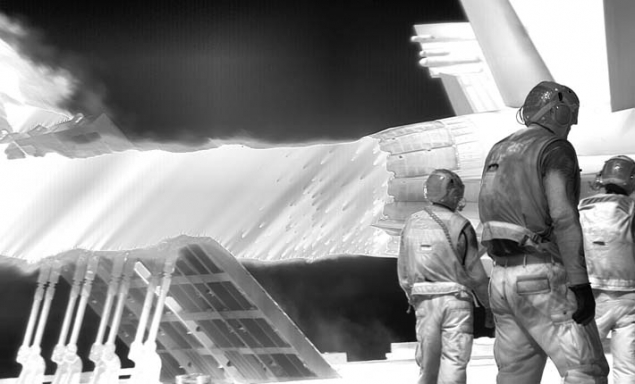 Richard Mosse’s 'Incoming' film installation at the Barbican Curve (until 23 April) looks fascinating. I saw Mosse’s The Enclave project in Venice a few years ago, which used an infared night camera to produce photographs of the wartorn landscape of the Democratic Republic of Congo and they stunned me, so I can’t wait to see what he has done next.

Katherine Mellor is a freelance curator and arts consultant helping organisations and individuals benefit from connecting with the arts in a huge variety of forms. She manages collections and curates exhibitions for corporate and healthcare organisations, as well as advising charities and individuals. Her previous jobs have included several years as Arts Director at Chelsea and Westminster Health Charity, curating the high-profile art collection displayed in Chelsea and Westminster Hospital, as well as overseeing the delivery of a fantastic performing arts programme including music for stroke patients and dancing for teenage patients. She also ran a ground-breaking in-house creativity programme at Unilever, and started my career as a curator at the fascinating Government Art Collection.

Katherine Mellor is Arts Director at Chelsea and Westminster Health Charity. She curates the art c…

Katherine Mellor is Arts Director at Chelsea and Westminster Health Charity. She curates the art collection displayed in Chelsea and Westminster Hospital, which was the first UK hospital collection to be awarded museum accreditation, as well as overseeing the delivery of a fantastic performing arts programme including music for stroke patients and dancing for teenage patients. She previously curated art collections and ran an in-house creativity programme at Unilever, and started her career as a curator at the Government Art Collection

The Great Outdoors by Richard Wade 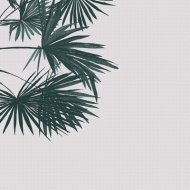 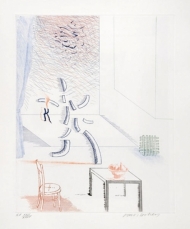 Tick It, Tock it, Turn it True. by David Hockney 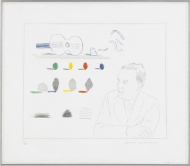 I Say They Are by David Hockney

How does Creativity heal? 01st November 2013