An audience with Kelvin Okafor

Two years ago when Kelvin joined us at Rise Art, his drawings sold for a humble £200. Now Kelvin is a media favourite and his unique works start at £12000. For Rise Art, working with Kelvin has been a pleasure and we're proud to exhibit a number of exclusive, new prints which are available through the site. Kelvin's work has benefited not only our own personal collectors, but it also graces the walls of an eclectic clientele, from iconic musicians to obtaining an approving 'thumbs up' from the late King Hussein of Jordan's wife, Queen Noor.

At his subject Kelvin Okafor looks, and he looks hard. Note the accuracy and detail that go into his drawings - it's unsurprising that they're often misconcieved for photographs. Kelvin has been deemed by The Guardian's Jonathan Jones as a brother in art (or, in fact charcoal) to artistic royalty such as Leonardo Da Vinci and Jan Vermeer, a true pioneer of 'pure meticulous drawing.' Kelvin's work has been featured on the BBC, exhibited widely throughout London and his recent talk during the Cork Street Open Exhibition, whereby he demonstrated his artistic technique, sold out instantly. As one of Rise Art's original artists, we've witnessed Kelvin's growth and success with a proud and paternal eye. We ask Kelvin five questions...

1. When did you first start drawing? Would you say it was an immediate calling or something that developed over time?

I vividly remember first drawing at the age of 8. To me, drawing has always been fascinating and compelling, yet as time went by it became my escape and outlet. So I believe it was something that became more clear and pronounced over time that it would be something I would want to do as a profession.

2. Many of your works involve sketching celebrities - What is it about celebrity that you are attracted to?

3. In three words, describe your practice 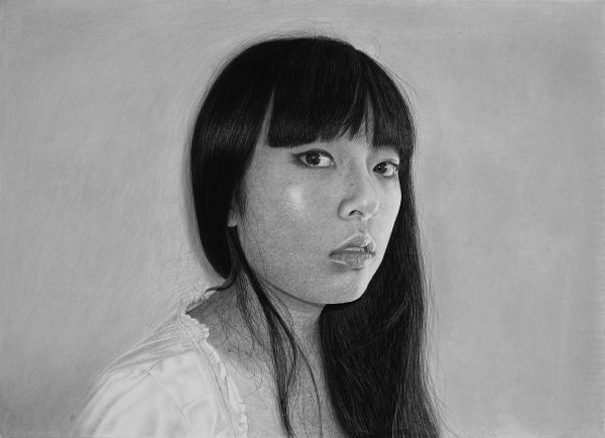 4. How important is obtaining visual reality for you? Do you feel closer to a person post sketch?

Obtaining visual reality is extremely important for me. I can feel like I personally know the people I draw, even if I've never met them in real life. However for those I do know, the portraiture only closens my connection with them.

5. With your emphasis on sketching and capturing reality, you're almost a primitive artist. What's your view on contemporary, abstract art?

Strangely as a child, I've always felt at home with old tradition. I'm very passionate about utilising my skills technically as an artist. Contemporary abstract art is one completely different to my own. Although very different, I can appreciate the concepts and the artistic forms and expressions created in the various artistic mediums.

Check out Kelvin's full profile on Rise Art HERE. And if YOU'RE LOOKING FOR THE NEXT GREAT WORK OF ART, Take the Rise Art Style Quiz to BECOME A MEMBER and access the best art from top Museums, Galleries and Artists worldwide. 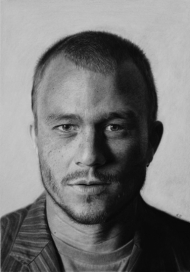