Against the madness of Degree Show season, Charlie Levine checks out Metamorphose to see who comes out triumphant for the Wednesday Event.

It’s a good idea: Metamorphose, at Islington Arts Factory is a group exhibition that aims to bring together some of the most outstanding new Fine Art graduates from UK based institutions, including The Slade School of Fine Art, The Royal College of Art and Central Saint Martins College of Art.

Refreshingly, in today’s sometimes over–curated art world, there is no particular theme, other than that these artists are ones to watch. In fact, Metamorphose has been doing just that since 2007, showcasing the best graduates from the previous years’ crop, and also presenting an award in the shape of a solo exhibition and residency, with funding coming from The Foyle Foundation. [Think a sort of less promoted Catlin Art Prize, a rawer, slightly dishevelled round the edges Catlin…]. Previous exhibitors include Dylan Shields and Kristian Evju. Housed in the amazing, converted Victoria Church in Islington, Metamorphose may not quite have the bells and whistle gloss of the Catlin, but the quality of the artists is just as good.

So who are the cream of the 2013 crop? Artfetch’s own Richard Goold features, as does Saatchi and Channel 4’s 2012 New Sensations winner Nicolas Feldmeyer: his film works are my particular favourites, there is a melodic and calm centre to these black and white pieces, which are beautiful and poetic. Also noteworthy are Conall McAteer (who also features in the Catlin this year), the digital/pixelated stained glass window is certainly an image that will sum up Spring 2013 for me, and Abigail Lipski, whose small paintings evoke a sense of desert heat are simply stunning.

Metamorphose is on show until 14 June. 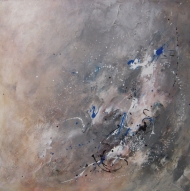 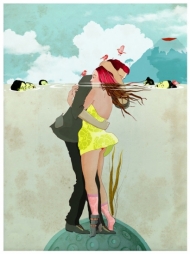