Marina Ambrovic's performance art is already legendary, and given the fact that it's her birthday week, we thought we'd recap all her greatest Rhythm performances as a way to celebrate the amazing artist that she is. 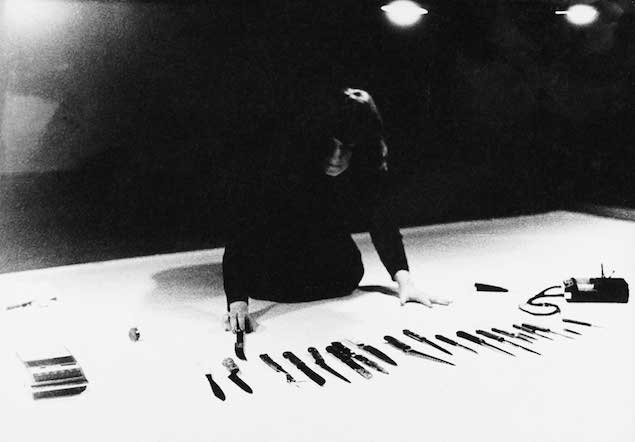 RHYTHM 10
Making use of twenty knives and two tape recorders, Abramovic displayed her first performance in Edinburgh. It was 1973 and the artist played the Russian game, in which you stab a knife rhythmically between your fingers. Every time she accidentally cut herself, she would pick up a new knife, and record the operation. When she cut herself for the twentieth time, she replayed the recordings of her, listening to the audio, and then tried her best to replicate the movements and the mistakes, trying to merge past and present. It was in this moment she set out to explore the physical and mental limitations of the body. Abramovic began to consider the state of consciousness of the performer.

“Once you enter into the performance state you can push your body to do things you absolutely could never normally do.” 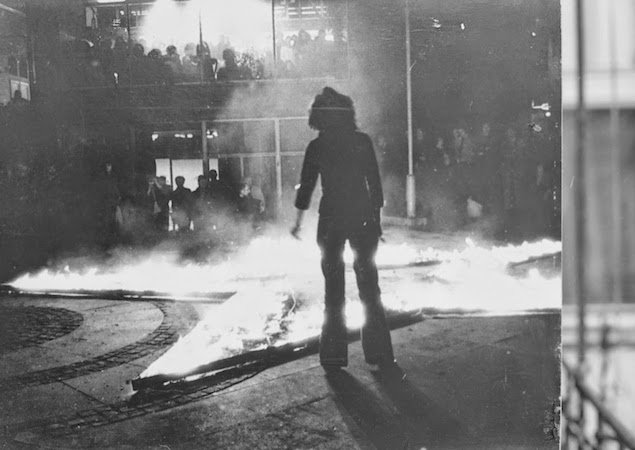 RHYTHM 5
In this performance, Abramovic looked to summon the energy of intense bodily pain. She did this by using a large petroleum-drenched star which she lit on fire. Standing outside the perimeter of the star, she cut her nails, and hair, throwing everything into the fire causing a burst of light each time. Burning the communist five-point star was supposed to represent a physical and mental purification, while also addressing the political traditions of her past. In the final act, Abramovic leapt across the flames, throwing herself into the centre of the star. What the observing audience did not realise right away was that the artist had actually lost consciousness from lack of oxygen. Members of the audience only began to realise what had occurred when the flames started to come incredibly close to her body and she still didn't move. A doctor and several people from the audience intervened and extracted her from the star.
she later on said,

“I was very angry because I understood there is a physical limit: when you lose consciousness you can’t be present; you can’t perform.” 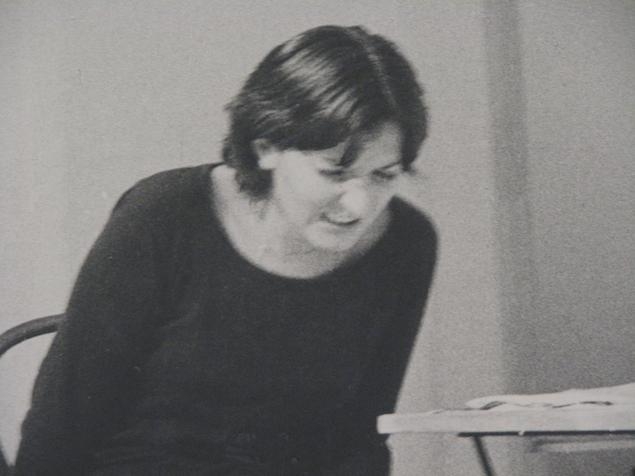 RHYTHM 2
To find out if a state of unconsciousness could be incorporated into a performance, Abramovic created a performance which contained two parts. In the first part, she took a pill prescribed for catatonia, meant to keep your muscles moving due to the lack-there-of in such a situation. Taking it in a completely healthy state, Abramovic's body started to react violently to the drug, experiencing seizures and uncontrollable movements. She said that although she lacked any control over her body movements, her mind was aware and she could observe what was occurring.
Ten minutes after the effects of the drug for catatonia had dissipated, Abramovic ingested another pill. This time it was a drug that was prescribed for aggressive and depressed people, resulting in general immobility. Bodily, she said she was present, yet mentally she felt like she was completely removed. She even stated that she had no memory of what had occurred during this second half of the performance. This project was the beginnings of her explorations on the connection between body and mind. 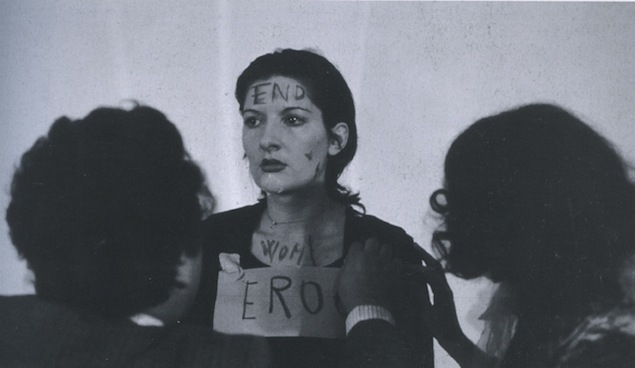 RHYTHM 0
In order to test the limit of the relationship between the audience and its performer, Abramovic developed her best-known performance. Abramovic gave herself a passive role as she placed on a table with 72 objects on it beside her. There was a sign that informed the people that they were allowed to use the objects in any way that they saw fit. Some of these objects were pieces that could give one pleasure, others could be used in order to inflict pain. Some of the objects were as listed:
a rose,
a feather,
honey,
a whip,
olive oil,
scissors,
a scalpel,
a gun,
and a single bullet.
For six hours the artist didn’t move, allowing the audience to use these objects on her body.
When the exhibition started, the people didn’t have much of a reaction, or were generally humble with their intentions. However, as time passed, people began to act with more assertion and even violently. Abramovic later described it as:

“What I learned was that... if you leave it up to the audience, they can kill you.” ... “I felt really violated: they cut up my clothes, stuck rose thorns in my stomach, one person aimed the gun at my head, and another took it away. It created an aggressive atmosphere. After exactly 6 hours, as planned, I stood up and started walking toward the audience. Everyone ran away, to escape an actual confrontation.”

Enjoyed this article? Take our ART STYLE QUIZ and we can help you find works that suit your personality. It's FREE and you'll get access to the best new art from top Museums, Galleries and Artists.