How can one decide the value in a painting? Is it by the materials used? The amount of time dedicated to the piece? Could it be due to the importance of its previous owner's? Discover which paintings have sold for the most money at auction and get a glimpse into what makes them worth so much.

Created during Picasso’s Rose Period, the painting was first bought and owned by John Hay Whitney in 1950 for US$30,000.

On May 5, 2004 the painting was then re-sold for US$104,168,000 at Sotheby's auction in New York City. The buyer’s name was never given though some sources say it was Guido Barilla, owner of the Barilla Group. This painting broke the record for amount paid for an auctioned painting.

There are several art critics who have said that the painting's high sale price has much more to do with the artist's name than with the merit or historical importance of the painting.

Picasso expert Pepe Karmel, reached in New York the morning after the sale, was waxing wroth about the whole affair. "I'm stunned," he said, "that a pleasant, minor painting could command a price appropriate to a real masterwork by Picasso. This just shows how much the marketplace is divorced from the true values of art."

Silver Car Crash (Double Disaster) is the last painting of Andy Warhol that was left in private hands and was displayed only once to the public during the past 26 years.

For 20 years, the art masterpiece was kept by a European collector. However, in November 2013, five bidders tug-of-warred for the painting at a Sotheby’s auction, bringing its new price to US$105 million. The current owner's name hasn’t been revealed.

The final price surprised the organisers, because the painting was originally estimated at US$60-80 million, blowing the ceiling as the highest price for a painting by Warhol.

Yet another Picasso work has reached the Top 5. Nude, Green Leaves and Bust is one of a series of portraits that Picasso painted of his then 23-year-old mistress and muse Marie-Thérèse Walter. The depth behind this painting can go on as you try to decipher the many things this painting portrays. It usually takes one a little longer to realise the figure of the man in the background (most likely Picasso) as his shadow holds the body of the fair maiden.

Upon the death of it’s previous owner, Frances Brody, the painting was sold at Christie's in New York City. The work was thought to earn US$80 million, but ended up going for US$106.5 million instead. The painting is not currently on display at the Tate Modern as a long-term loan from the buyer.

Part of the reason the Scream is at number two, other than it being the Mona Lisa of modern art, could be due to its exciting history. This world renowned piece was stolen not only once, but twice, and after that went missing for 2 years.

The bidding for the vibrant pastel on board painting started at US$40 million and lasted just a bit over 12 minutes when Leon Black gave the final offer of US$119,922,500 over the phone. 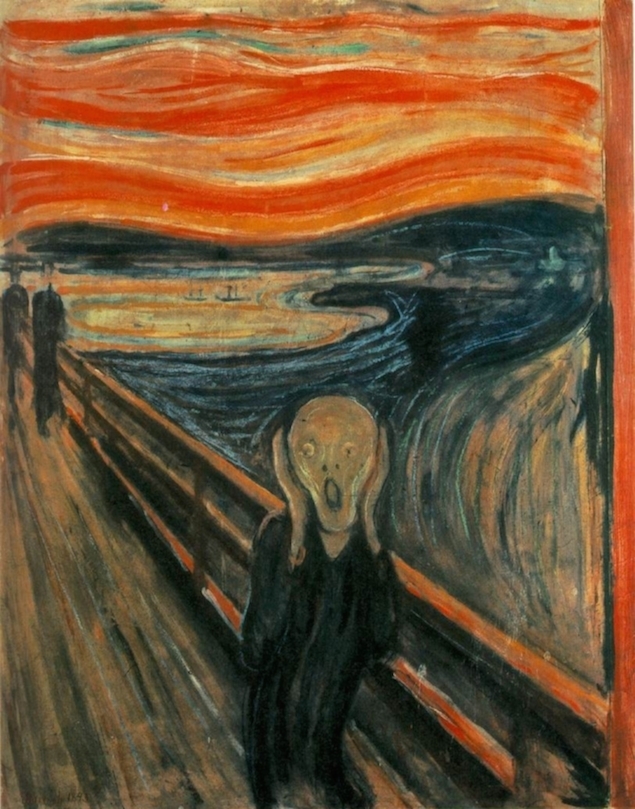 The subject in Francis Bacon's painting used to be his close friend and rival in the art scene. They painted each other several times, Bacon creating two triptychs the first time Freud sat for him. Three Studies of Lucian Freud was the second triptych that came out of that session, the first one being missing since 1992.

On November 2013, the Three Studies of Lucian Freud sold for US$142.4 million at Christie’s New York auction house, becoming the most expensive work of art ever sold at auction. 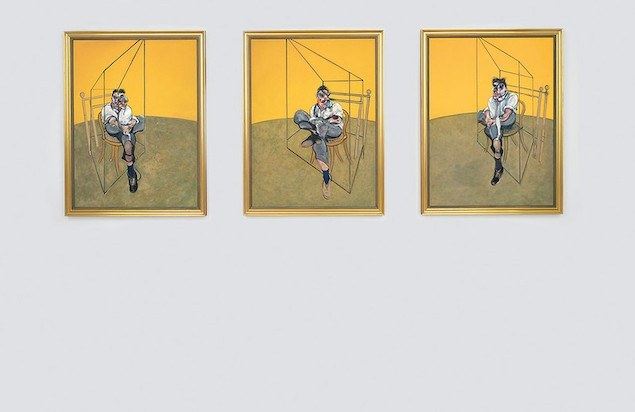 Three Studies of Lucian Freud, 1969, by Francis Bacon (from Flickr by Hrag Vartanian, 2014, adapted with permission)