Keeping up-to-date with goings-on in the world of curatorial moguls can be difficult. Their roles have begun to overtake that of the artist in the art world rat race, so here we bring you an article letting you know about the 10 most important and influential today. 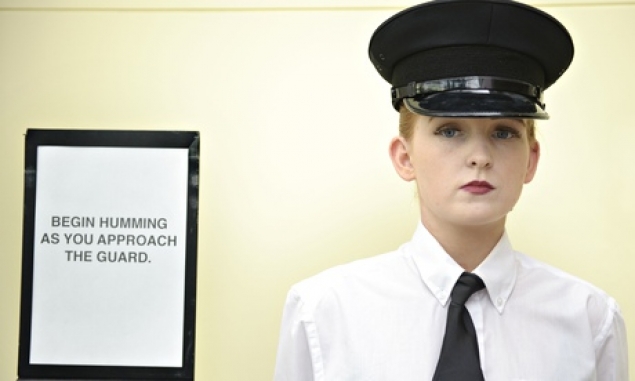 The Humming Room, Do It exhibition
Adrian Piper

From curating his first exhibition at 23 in his kitchen with Fischli/ Weiss to being co-director of the reputed Serpentine Gallery in London, Obrist has curated over 250 exhibitions to include artists like Yoko Ono, Marina Abramovic and Gerhard Richter, to name but a very few. Crowned most powerful person in the art world by ArtReview in 2009, there is no corner of the art globe he has not touched. His on-going 'exhibition' Do It, involves instructive works to be followed by anyone, so is totally unconstrained by physical location; it saw the publication of its 20th anniversary book last year. He also wrote a Breif History of Curating. His influence truly knows no bounds. 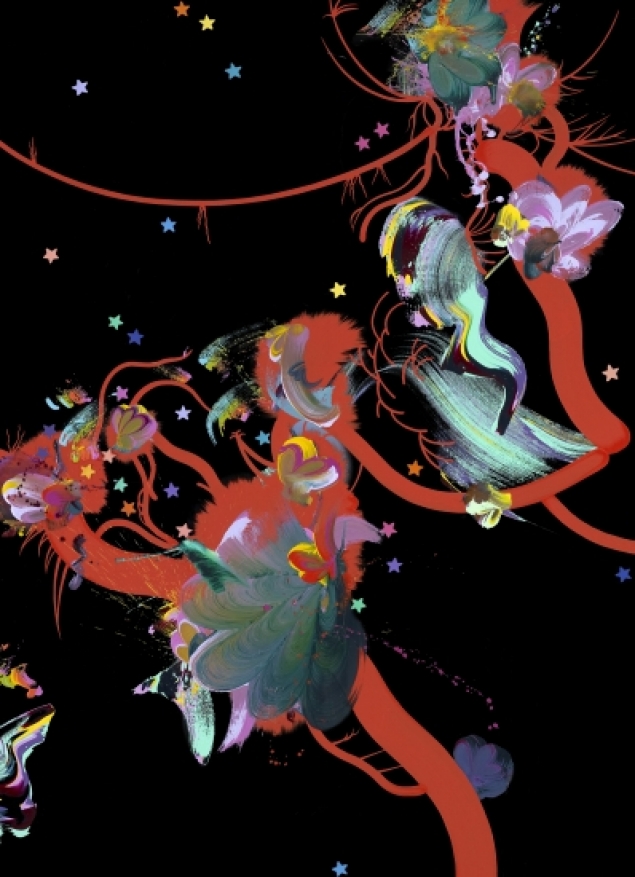 Gather All the Treasure
Fiona Rae

When questioned by the BBC about the prospect of stepping down from his position as Tate Director, one that he has held for the last 25 years, he quipped back with 'I've not yet scored a century'. This drive was undoubtedly fuel for part of the £45 million refurbishment, and rehang of Tate Britain, where, together with Penelope Curtis, they changed the previously thematic organisation to one governed by chronology, a monumental breakthrough in museum curation. 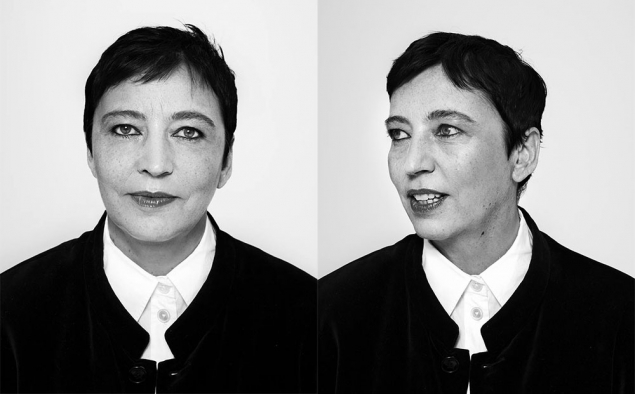 As director of Zurich's Kunsthall for the last 12 years, associate director of art publishing house JRP Ringier, artistic director of the Ringier collection, part of Swiss Re's commissioning board, on the advisory board for culture of CERN, member of the trustees board of MUMOK in Vienna, jury member for Absolute Art Awards 2013, Prix Pictet nominator and new director of the Stedelijk Museum in Amsterdam, it is undeniable how wide Ruf's influence is spread... and these are only the major enterprises. 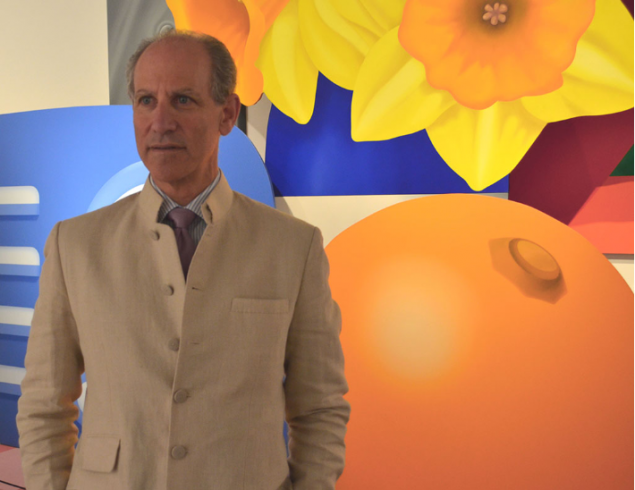 Having not strayed below the top 20 of ArtReview's Power 100 list for the last 10 years, it is clear that the MoMA director won't be slowing anytime soon. With the Museum Research Consortium initiative in the pipeline, involving the collaboration between MoMA and the art history departments at Yale, NYU, CUNY, Colombia and Princeton, MoMA will doubtlessly sponsoring the development of more art-world-dominating Lowry figures.

Along with being the director of the Nicola Trussardi Foundation since 2003 and curating the 2013 Venice Biennale, Gioni was also promoted to artistic director of The New Museum in New York this summer. Born in 1973, this young curator shows no greenery in terms of his involvement with major artistic events; the curation of the 2003 Venice Biennale, co-curator of Manifesta 5 in 2005, the 2006 Berlin Biennale and the 2010 Gwangju Biennale in South Korea. 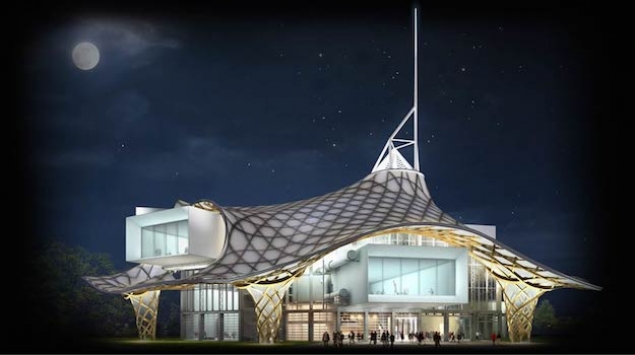 Pacquement has been director of the Pompidou Centre for the last 10 years, but after the Pompidou-Metz, a branch of the world-famous French contemporary art museum, was opened his attention was diverted. Attracting 100,000 visitors in the four days after its being open, the net-like building is said to be full of promise. 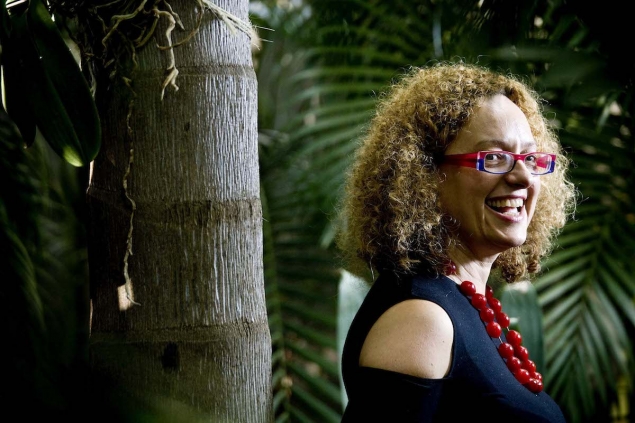 As Senior curator at the PS1 Centre in New York from 1999-2001, Chief Curator at Castello di Rivoli in Turin from 2001 to 2008 and Artistic Director of the Sydney Biennale in 2008 when she was appointed Artistic Director of the thirteenth dOCUMENTA exhibition, this Italian-American of Bulgarian descent has a lot going for her. With her curation at the forefront of the dOCUMENTA exhibition in 2012, the visitor number increased by 14% from the previous exhibition in 2007. So, since then, she has taken a back seat in the art world locomotive, understandably.

Biesenbach is Director of MoMA PS1 and Chief Curator at Large at the MoMA, Founding Director of both KW (Kunst-Werke) Institute for Contemporary Art and the Biennale in Berlin. In his role as Founding Chief Curator of MoMA’s Department of Media and Performance Art, he lead initiatives including a new performance art exhibition series including workshops for both curators and artists, and acquired important pieces of media and performance art for the museum.

Another big name in the performance art world is RoseLee Goldberg, the founder of Performa, the premier organisation whose role is to explore and promote the role of live performance in the canon of twentieth-century art and to endorse new paths for its forward-motion in the twenty-first. Their event in November will see the debut of 13 new commissions exploring visual art performance across disciplines. 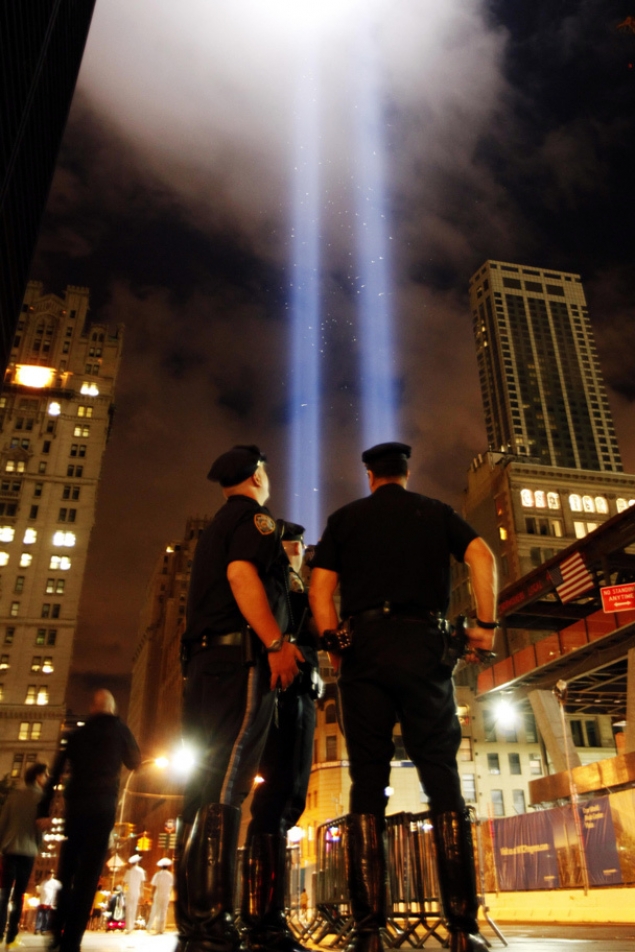 Officers view the "Tribute in Light" as it rises above New York on Saturday, Sept. 11, 2010

Joining the organisation Creative Time in 1994, Pasternak has since overseen the exhibiting of public art on a worldwide scale. One of her most famous projects includes the dual light projection 'Tribute in Light', next to the site where the World Trade Centre formerly stood, six months after 9/11. Originally, it ran temporarily from March 11 to April 14 in 2002, and has been repeated on September 11 annually ever since.