If you've ever wondered what goes on in an abstract painter's studio, apart from the pursuit of the perfect abstract, here's a couple of photos from Gina Parr's. Yes there's a lot of paint and yes it is on the floor.

Gina Parr's abstract practice is inspired by memories of her Devonshire childhood and influenced by her years of professional practice as a designer in the media. Mapping the fine line between pure abstraction and figurative recognition, Gina Parr's painted and photographic work seeks to uncover complex potential connections and disconnections within form and landscape, and to explicitly question the relationship between chance and control in the process of painting.

Having graduated with a First Class Honours degree in Fine Art she went on to study Television Set Design at Chelsea College of Art, before then working for the BBC as a Senior Production Designer, and later as a Freelance Production Designer across the BBC, Channel 4 and ITV. Her credits span 27 years and include shows as diverse as The Brit Awards, Eastenders original design, The Royal Variety Performance and the World Cup. 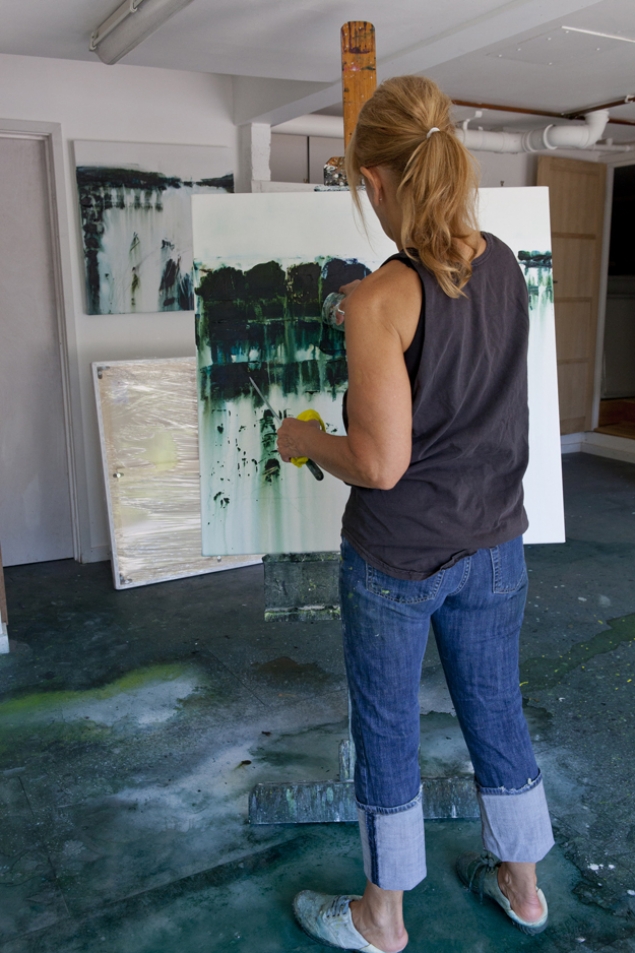 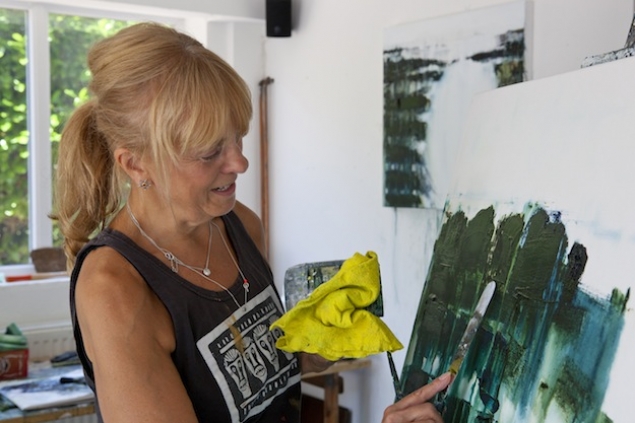 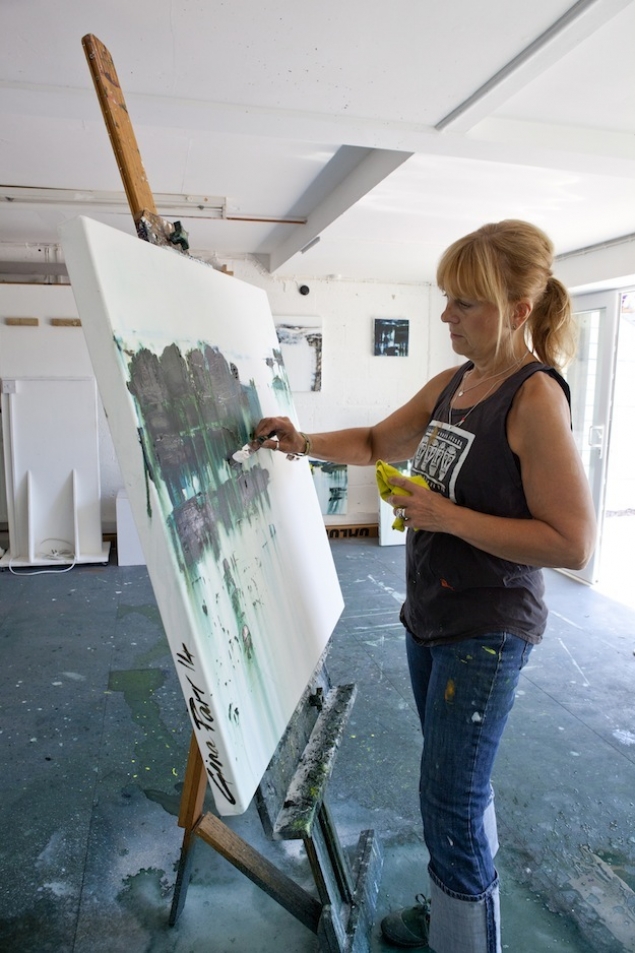 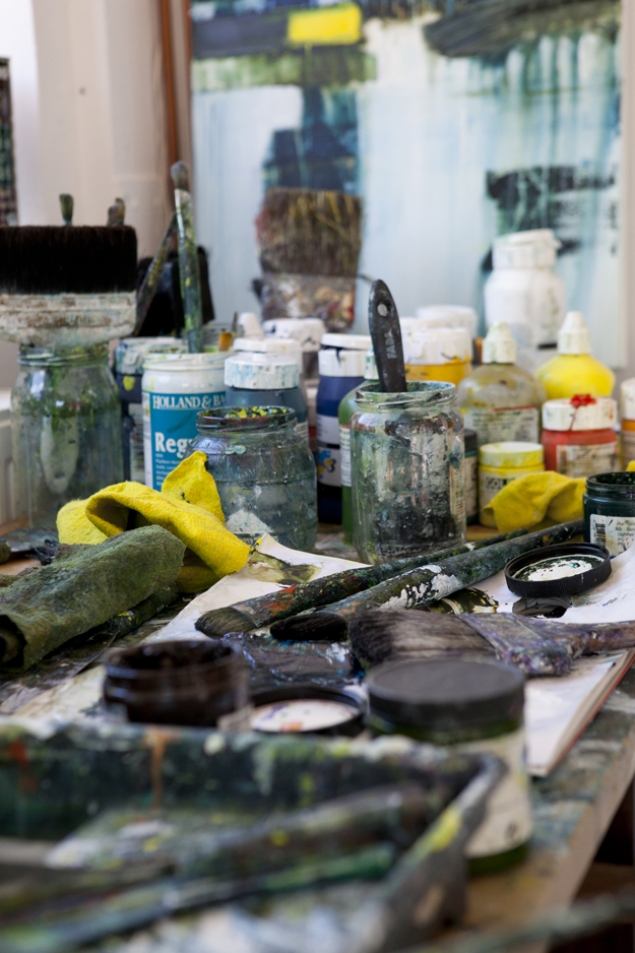 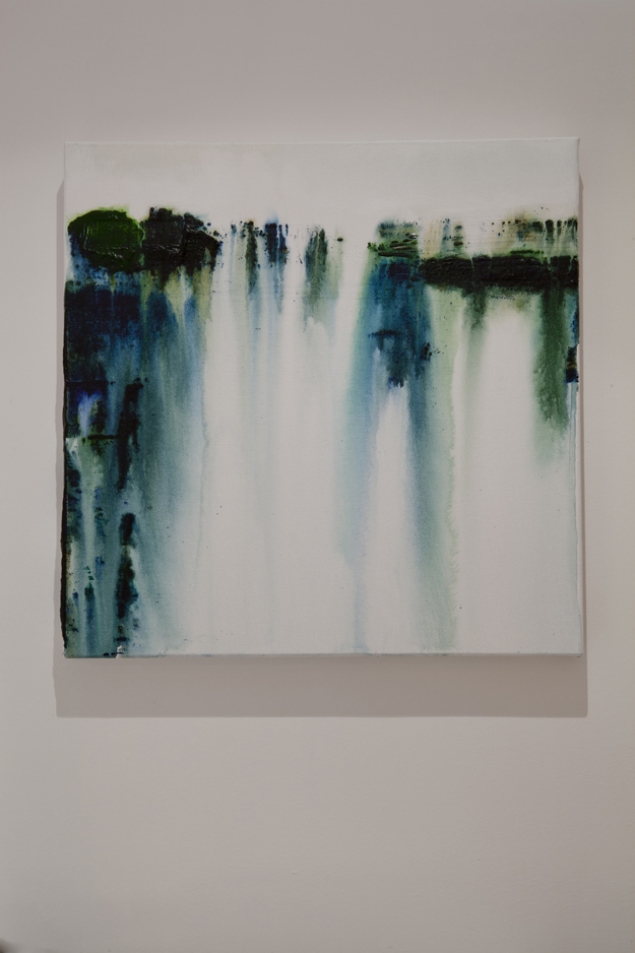 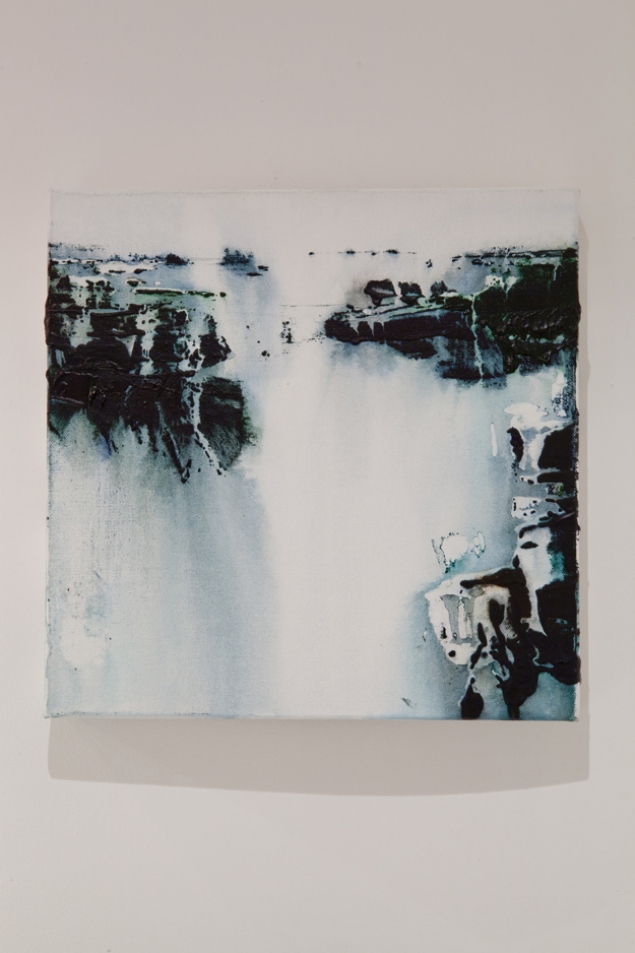 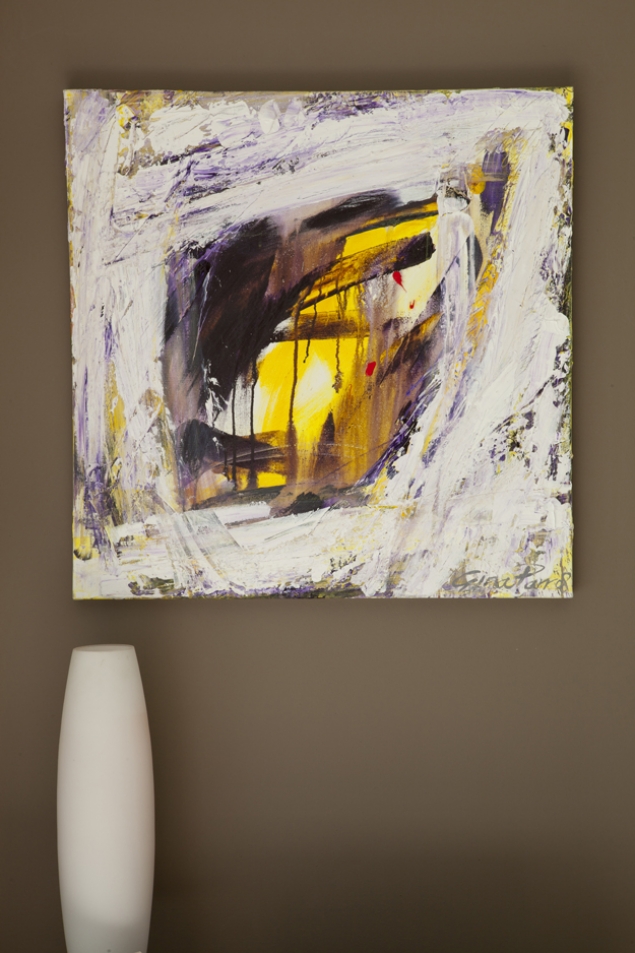 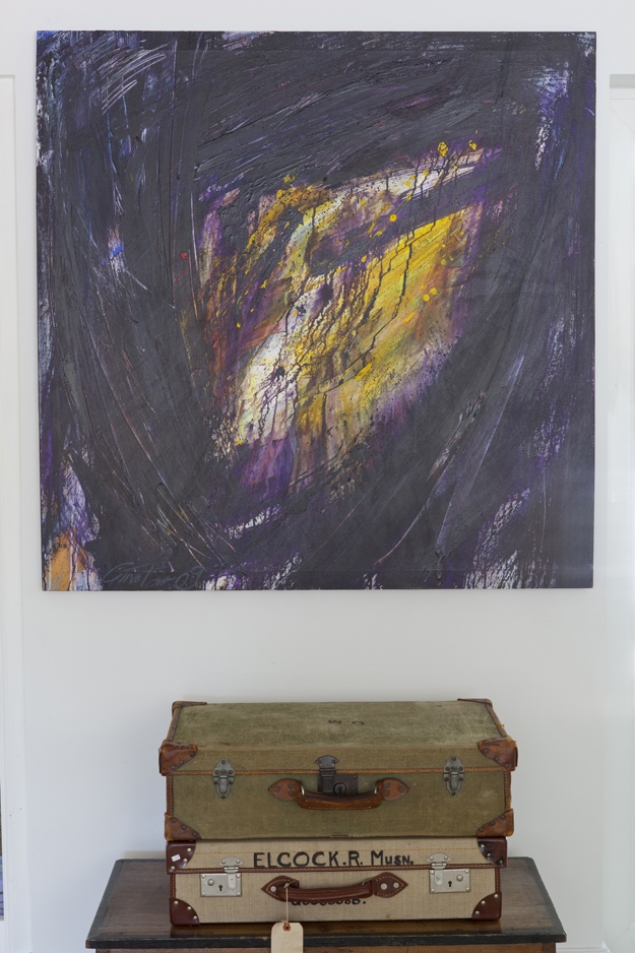 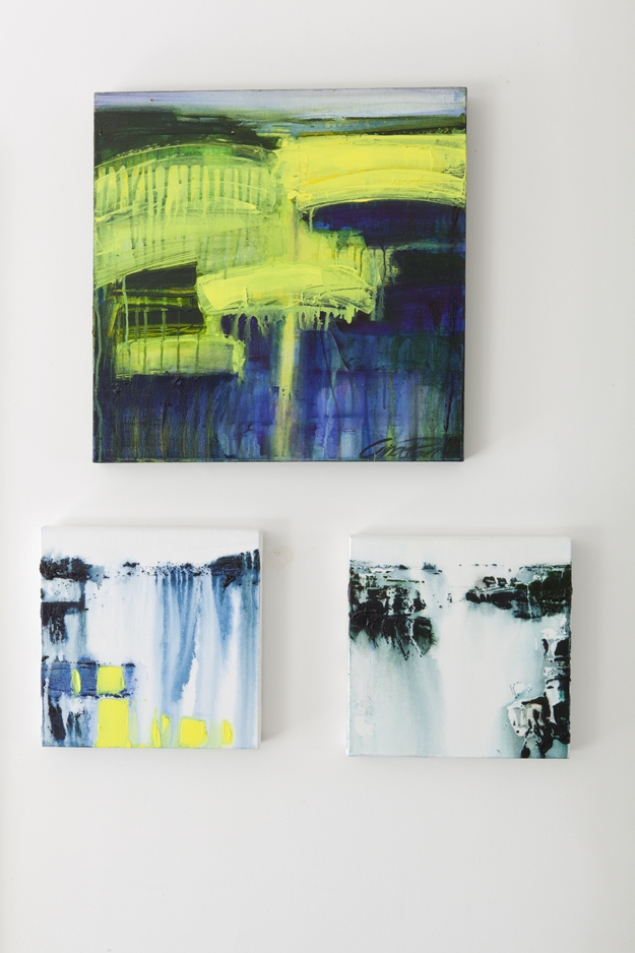 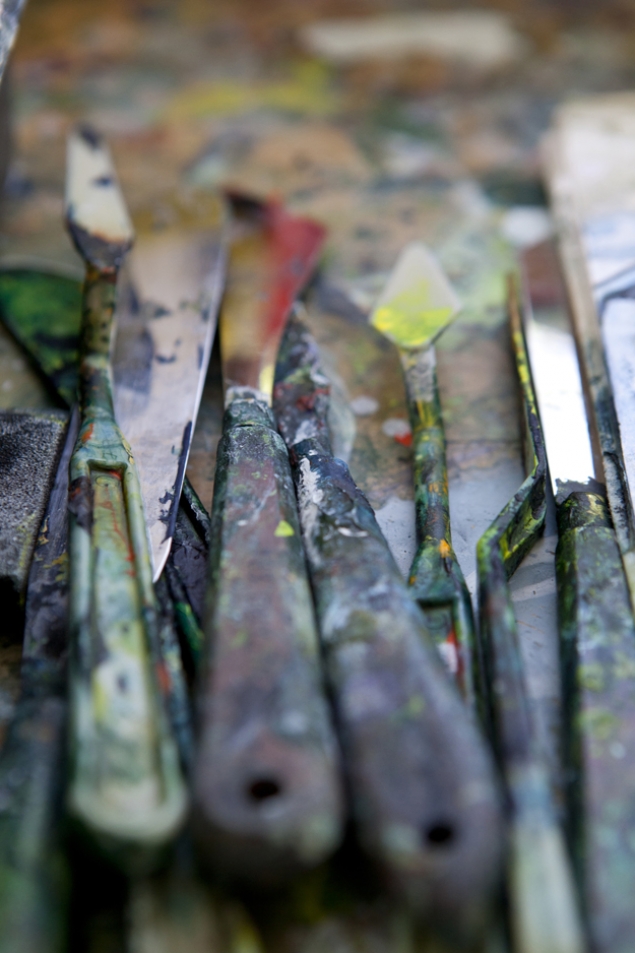 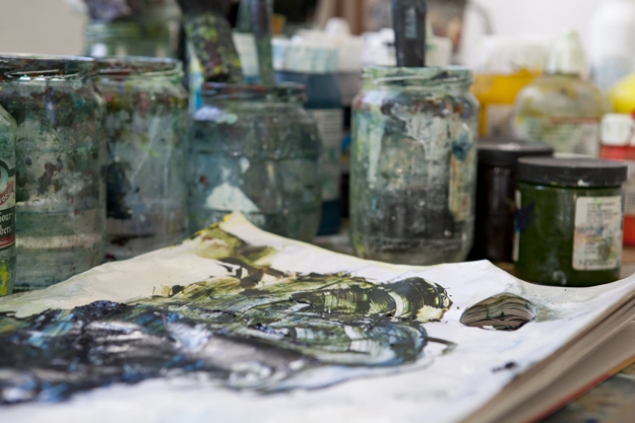 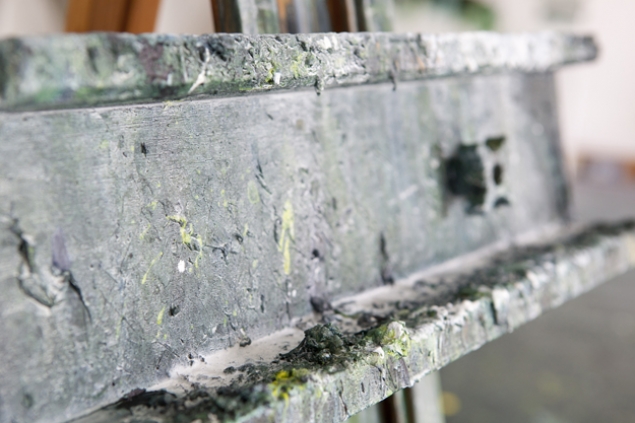 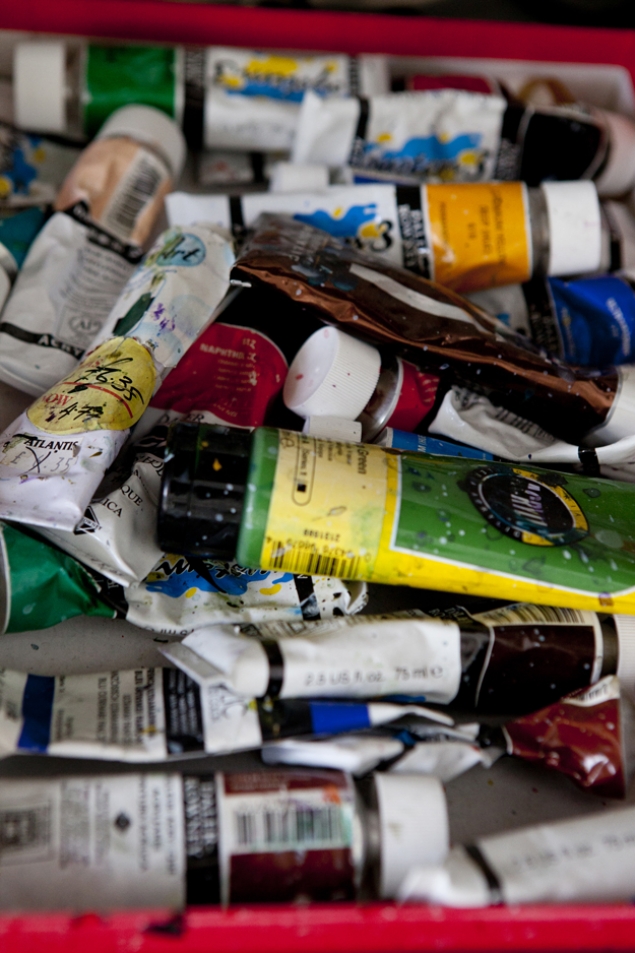