Alex Cave is a London based painter. His work has been showcased at solo and group shows across the UK and internationally, including an exhibition in China. Alex paints in his signature 'unfolded style' which allows him to translate the three dimensional world that surrounds us into a two dimensional environment. We ask Alex 10 questions

Q1: What's the most important thing to know about you?
I think that pavements and traffic signals are as beautiful as flowers and sunsets.

Q3: Where did the idea for the 'unfolded style' format of your paintings come from?
When I was at art college I was very interested in the conundrum of how to translate the three dimensional world that surrounds us into a two dimensional environment such as piece of paper or canvas. I tested out numerous ideas and eventually developed a geometric style that for me was the most effective way of giving the subjects that I painted a sense of form and solidity akin to the depth that we perceive in real life. Over the last few years I've implemented a lot more systems into my work that have continually allowed me to refine and modify this aesthetic. Two key discoveries were a maths theory called  'combinatorics' and a Japanese video game 'Katamari Damacy'. Knowledge of these led me to play around with rearranging the content and opening up or unfolding the shapes; still maintaining the solidity and form but now portraying more elegant and balanced compositions that I was much happier with. 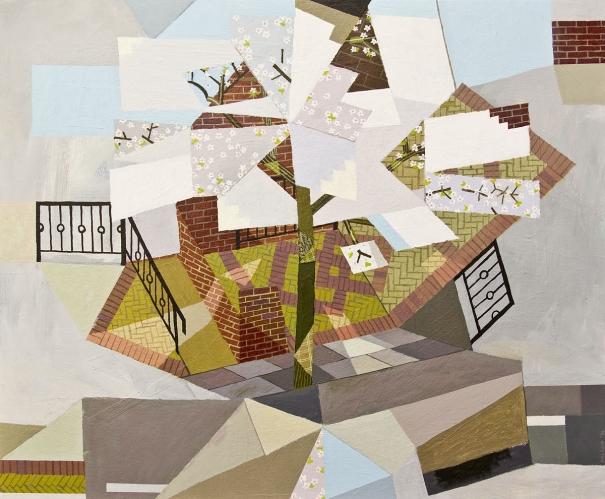 Q4: What's the weirdest response you've ever had to a piece?
Several years ago when I was sketching a street scene, a group of school kids came up and one started shouting that my work was 'sick!' As I had not heard this expression I was slightly confused, but his friend reassured me that it was a good thing and I now hear radio DJ's using this expression all the time especially Charlie Sloth on Radio One Extra who makes me laugh.

Q5: What kind of style home do you think your Art work would suit?
Somewhere quite minimal with plenty of wall space around the painting. 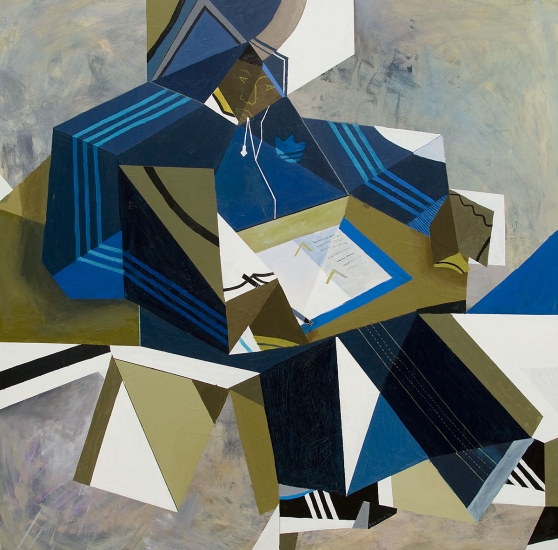 Q6: How long does it take to complete a piece?
This depends on the scale of the work and subject but usually between one to three weeks, but I would love to spend over a year on a single piece of work like Cezanne at some point.

Q8: What kind of world are you trying to depict through your art?
I'm interested in implementing the numerous systems that I've developed over the years into the everyday subjects that I paint, so that all the components in the final composition balance with one another and contain an equal significance and beauty, whether they be a blossoming tree or a plastic shopping bag. 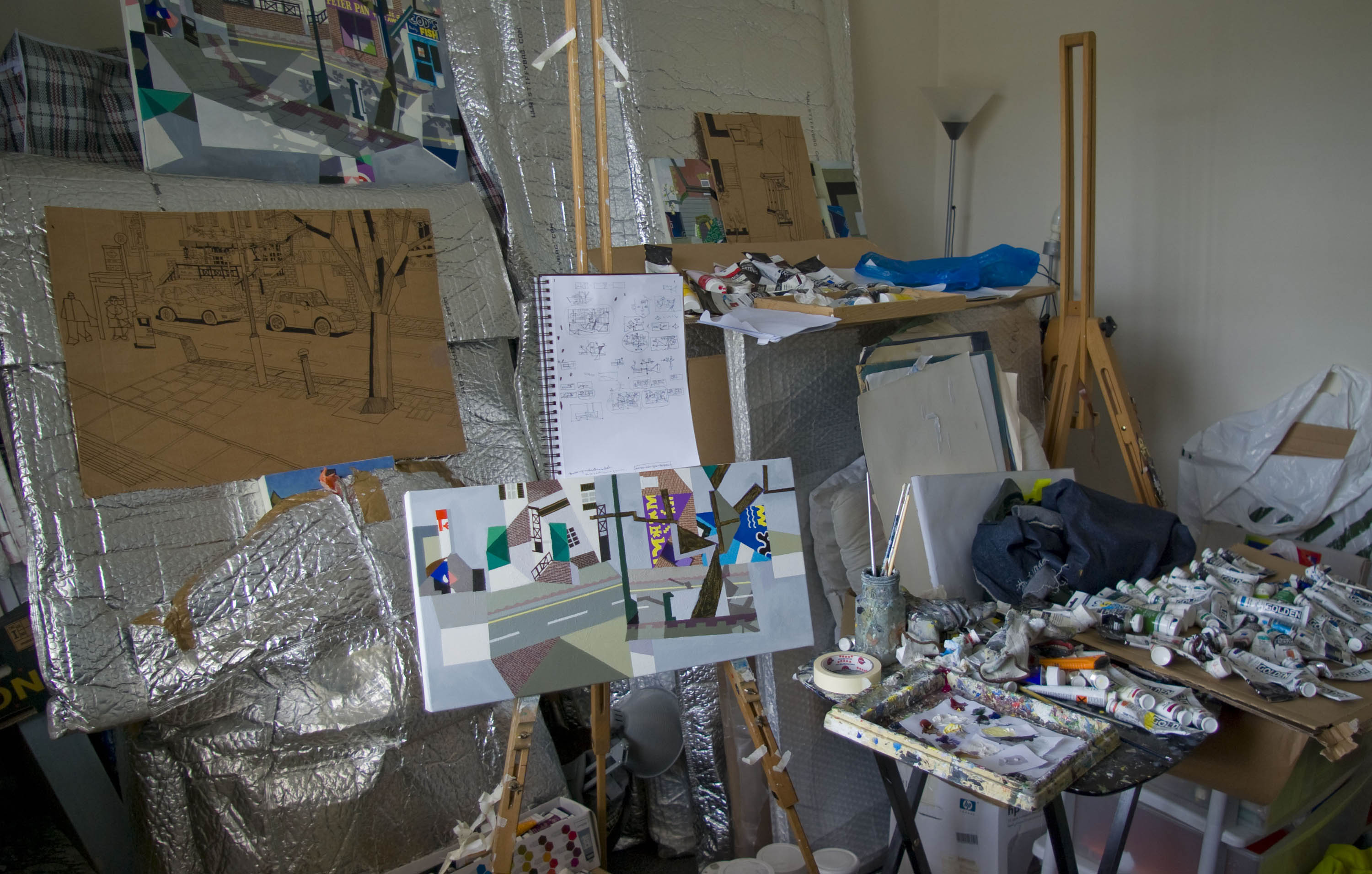 Q9: What advice would you give to someone just coming out of Art school?
Build a strong relationship between yourself and the work that you create so that you can weather the storms and enjoy the sunshine.

Q10: How has the internet affected you in terms of gaining visibility for your work?
The internet has been useful particularly on social networking sites where you can gauge feedback and generate sales and commissions, but I've always preferred to leave the business side of things to the galleries so that I can spend my time creating the work as opposed to marketing it, so in recent years I've trimmed down the number of sites that I've put my work on which is now suiting me better. 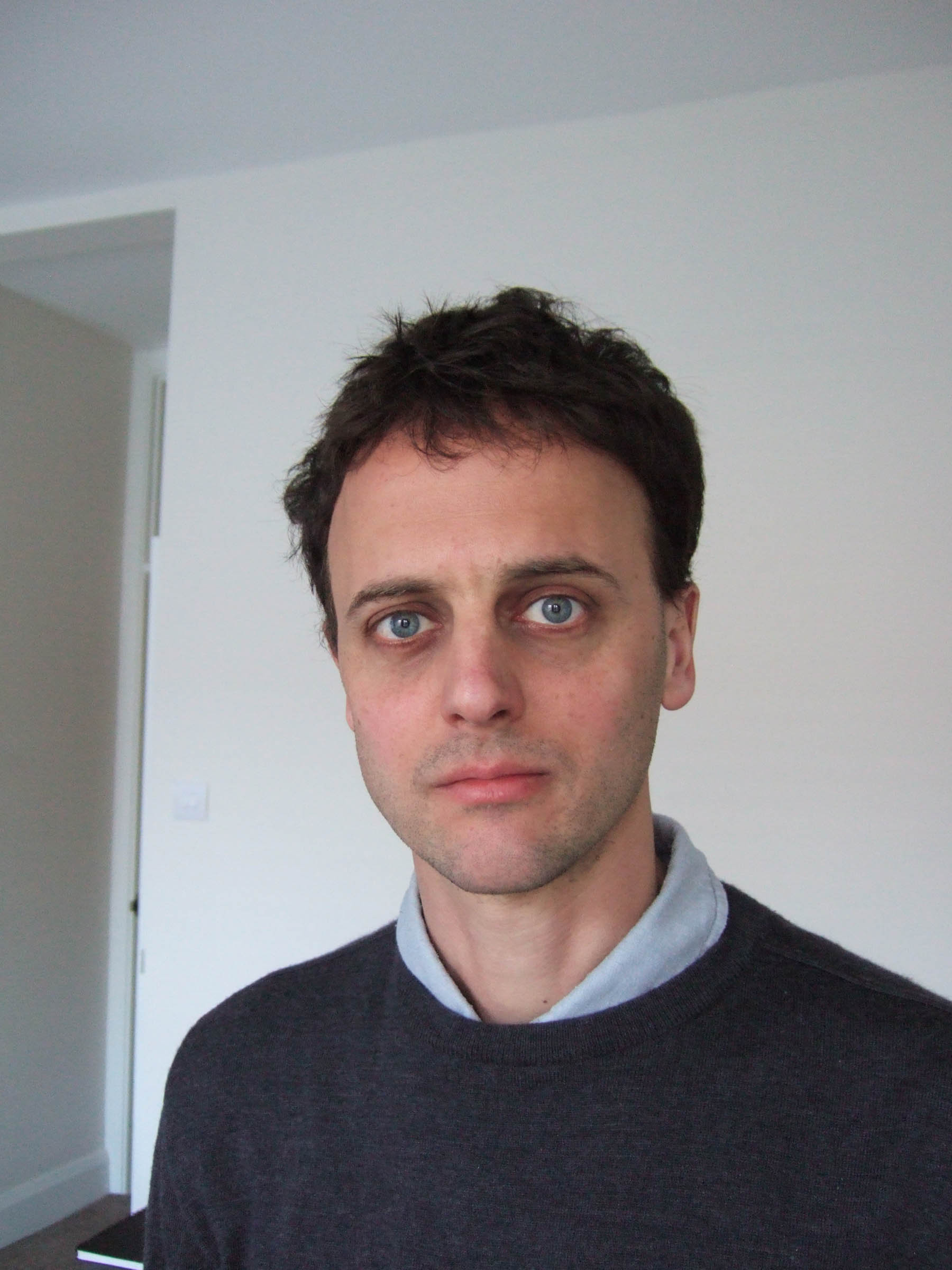