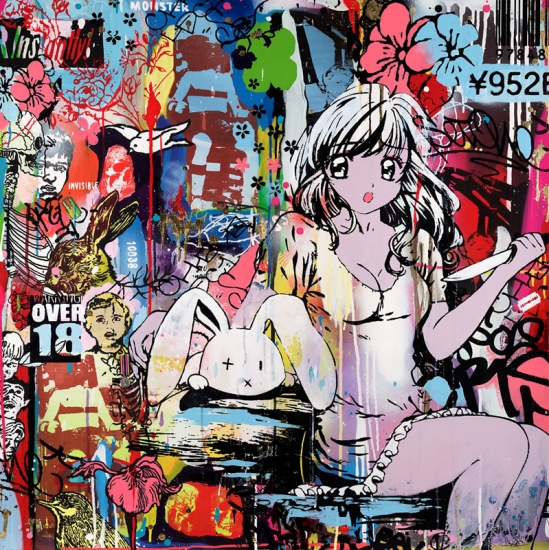 Hush, Stupid Creatures
Surrealism is a movement most people associate with the likes of Dali, Ernst and Kahlo and not normally with Street Art. Amazing painters in their time, the old surrealist masters were the first to take reality to a more intimate, subconscious level. Now the baton has been passed on and, in my view, the area in which you are best able to see the surrealist movement in contemporary art is on the street. Street art is a movement that has ascended into the public eye at a rapid pace helped by the growth of social media and the ability to spread the word at a blink of an eye. The likes of Facebook, Instagram,Tumblr and Twitter have made street art more accessible to the average Joe. No need to worry about sneaking a photograph in a gallery, it’s there, it’s in front of you, it’s on the street. 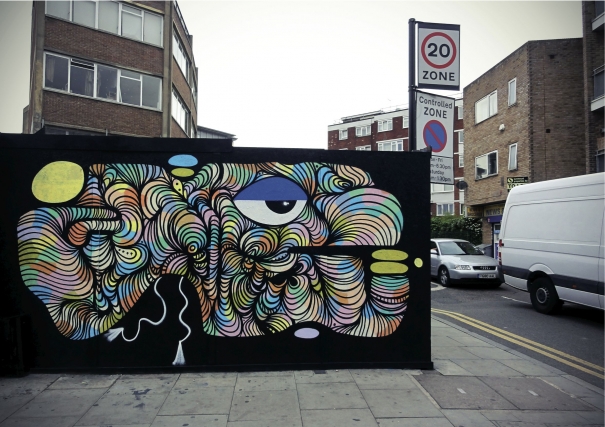 Kef! Hackney Road
Of course you could argue that all art work could be viewed as surreal if you delve deep enough, but there is something inherently surreal about art which incorporates itself into the street and embeds
itself into the daily lives of everyday people. The most obvious side of surrealism which presents itself in the world of street art is the grand or miniscule scale of the images produced by street artists and the way their characters appear in the most obscure public spaces. 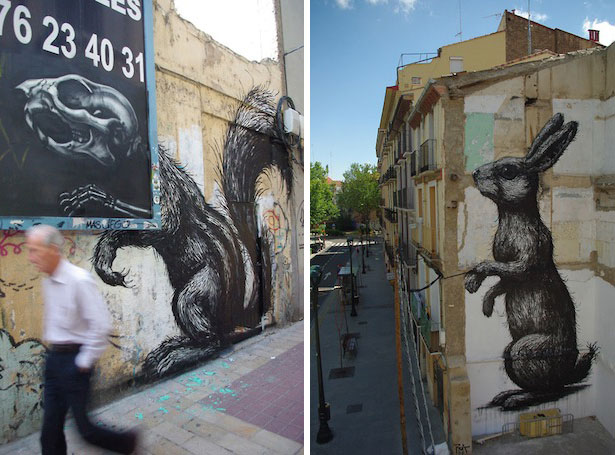 ROA Zaragoza
Take ROA’s huge black and white animals, in a completely urbanised space such as London to see a huge woodland or exotic creature is very much out of context. Coupled with the scale of the art work it can transport any passer-by, if only for a second, to a world far from reality. On the other hand Roy’s People, an up and coming street artist from Essex, plays with the world of the miniature making us see our real world from a completely different perspective. To his characters a cigarette butt dropping to the floor, is almost comparable to a meteorite crashing down on the earth for us normal sized folk.

Malarkey, images courtesy of We Heart 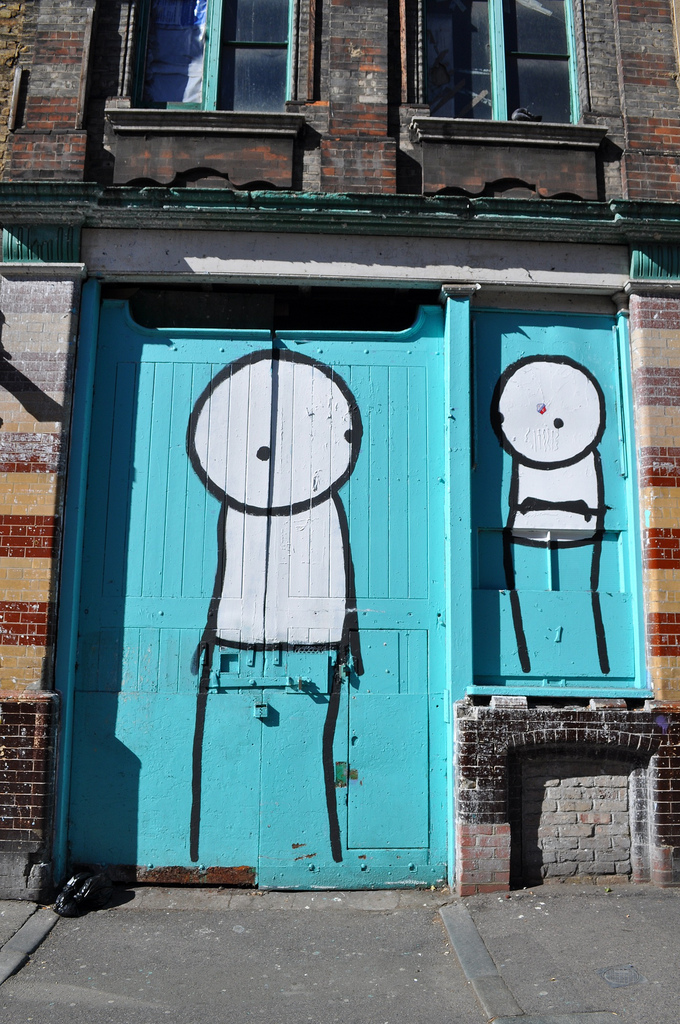 Sweet Toof, images courtesy of ArtFlyMovie
Most artists have their own style, and great artists would invent the concept and style in which they work. In Street Art we not only have a style but characters; each artist seems to create a signature character for their style. To name a few, the likes of Stik, Malarky and Sweet Toof; their pieces are instantly recognisable because of the characters they portray in an array of situations. 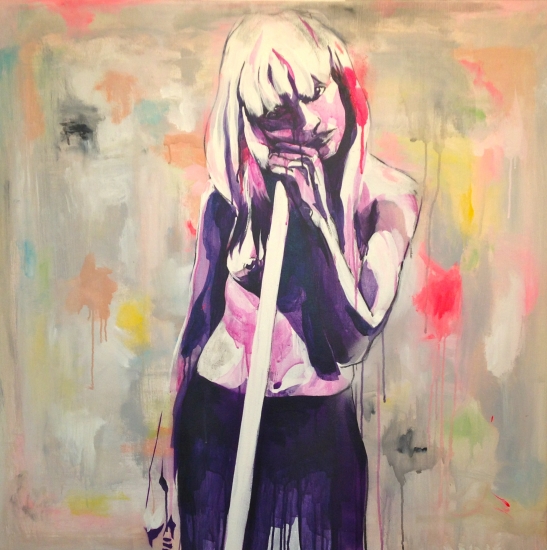 Kristin Gaudio-Endsley, The Pioneer
Many street artists are also known for concealing their identity, however now that it has become more acceptable to the public and authorities alike, can they not reveal who they are? Can we prophesize that their characters are a projection of their own psyche on a huge and imposing scale? Indeed, is street art, the art of the truly shy or the incredibly confident? However you see it I believe there is definitely a surreal side to street art, but ultimately the decision lies with the viewer and how curious they feel. 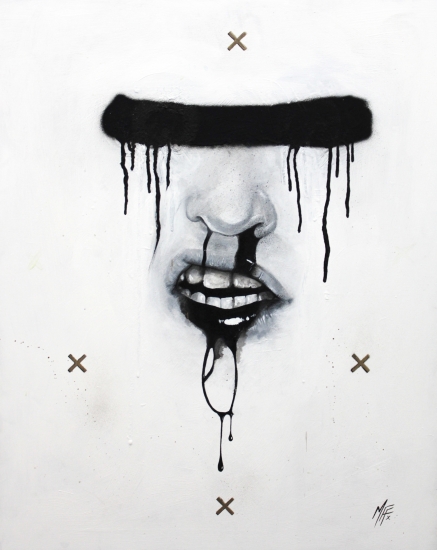