Next to take part in our series 'Spotlight On Our Artists' is Nadège Druzkowski who gladly accepted to share her inspiration of the moment with us...

My inspiration of the moment

I am currently putting together a collection, entitled Intermittences, for a show at ‘La Maison des Jeunes et de la Culture Louis Aragon’ in Lyon. The name was inspired by ‘Les Intermittences du Coeur’, the title Marcel Proust initially chose for his novel ‘In Search of Lost Time’, before latterly changing his mind prior to its publication in 1913. The paintings for the exhibition play with the idea of subjective time, a concept at the heart of Proust's novel. Time is not a linear and continuous arrow, rather it can distend or condense in our mind.

For Proust all memories are purely fictional as they are our own personal reconstructions. The only moments of truth, when one can touch the 'essence of things', are during episodes of subconscious memory; a smell, a taste that can trigger a memory and vividly rekindle the past. For a time, we are transported 'out of time', leaving behind our human condition. An experience Marcel Proust believes is also achieved through art, which has the ability to transcend life and thus transport us out of time.

Playing with this idea of reconstructed memories, I envisioned a body of work within which each painting could be considered a fragment of a larger mosaic, made up of dreams, invented, reconstructed and remembered facts. I drew further inspiration from ‘Last Year in Marienbad’, a film by Alain Resnais, set in a castle with endless corridors, in which is recounted the tale of a man who attempts to convince a woman they had an affair the previous year. The film has a very chic and classy aesthetic. It echoes Proust's novel, with its depiction of high society, and avoids the classic linear narrative in favour of a more fragmented structure. The viewer rapidly becomes uncertain whether what he sees is happening in the present, happened in the past or indeed is but a dream.

Utilising stills from the movie, I added images inspired by my own travels and memories as well as a selection of found photos. Repetition is a strong leitmotiv throughout the show. Many works refer to elements within the other paintings and use views of similar situations from a contrasting perspective. The intention is to create a mental maze wherein the viewer can wander and become, as in Proust's novel, the invisible narrator of the story the paintings suggest. I deliberately use a limited palette of colours (yellow, pink, black and Payne's grey) to submerge the observer into a half-imagined world, wherein he has to construct his own narrative.

I have been working closely with Béatrice Brérot, a French-based poet during the production process. She has written some new poetry, reacting to the works I have completed. Our conversations and her writings have also acted as a source of inspiration for me, adding a further layer of meaning to the work itself. 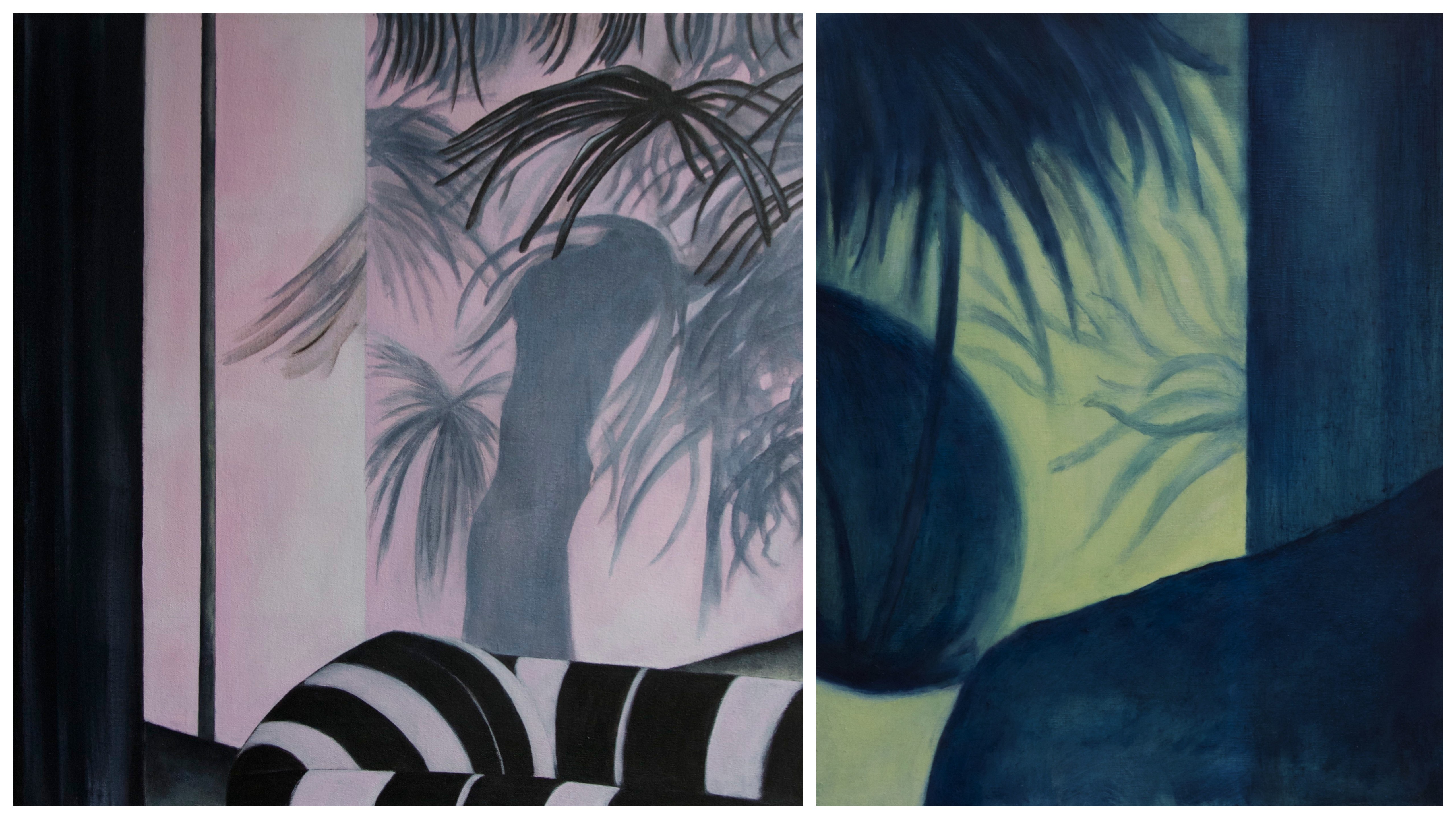 
Check out Nadège Druzkowski's profile HERE. And if YOU'RE LOOKING FOR THE NEXT GREAT WORK OF ART, Take the Rise Art Style Quiz to BECOME A MEMBER and access the best art from top Museums, Galleries and Artists worldwide.