The work of Russian-born artist, Marina Jijina is largely inspired by her personal experiences growing up in Soviet Russia, alongside contemporary and minimalist music. Marina views painting as both a necessary means of communication, and a tool for exploring the subconscious. Through her work, Marina attempts to de-code others and identify herself. 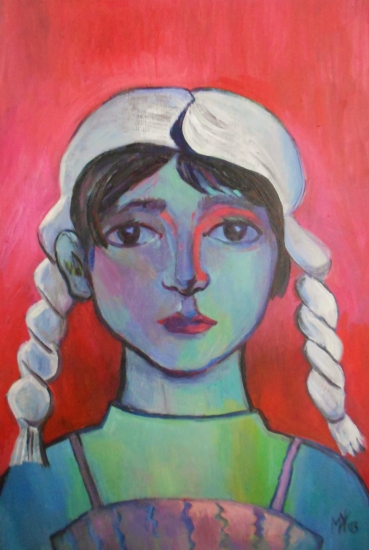 Girl in Fancy Dress is one of the ongoing, introspective reflections of the artist's youth in Soviet Russia. The uneasy journey was triggered and inspired by the music of Tim Gill, a London composer. This is one of 6 self-portraits. An original oil on canvas painting. Signed on the bottom right hand corner by the artist. At the age of 11, Marina entered the prestigious Ioganson Fine Arts school at the Academy of Fine Arts. During the artist's 4 years at Herzen State Pedagogical University in Saint Petersburg, where she attained a BA Hons in Humanities, Marina developed a deep interest in Philosophy. Stemming from her classical and academic background, painting to Marina is, 'a spiritual search for truth and meaning.' Marina's latest portraiture and collage series showcases the artist's continuous investigation into the conflict between man and world, in a collision between the ideal and the human. Marina's concern with the vulnerability of the human mind is conveyed via her current practice which is largely concerned with the human face. A full-time artist with humanitarian concerns, Marina has recently become involved with several artistic multi-media collaborations, and is a valued contributor to the contemporary London art scene. Marina's work has been exhibited at solo shows throughout Europe and hangs in collections worldwide. Marina was shortlisted for the National Open Art Competition in 2012, the Rise Art Artist of 2012 and her work was also featured in the Sunday Times. Marina's work will too be presented in the forthcoming PEOPLE: A FIGUARATIVE EXHIBITION at the Bank Side Gallery, Southbank 3-7 July. 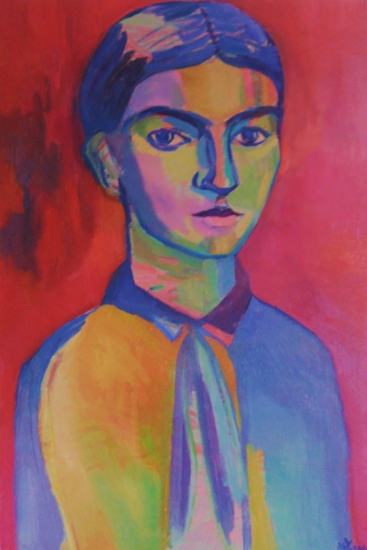 "Marina Jijina uses colour in way that reminds me of a Alexej von Jawlensky's portrait; especially the contrasting pink and green/yellow hues in the face of the boy and the strong lines that delineate his face. There is some reference, it seems, to Picasso's rose and blue periods." - Annelien Bruins 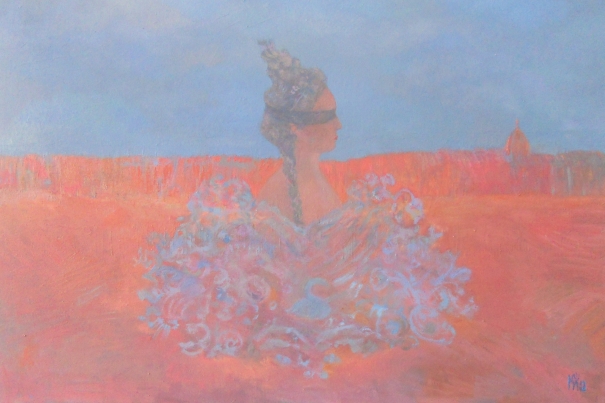 Bathing of the Tsarina. Marina Jijina

'I find myself being driven by an attempt to empathise and unite with the emotive experiences of the imaginative characters I create.' Marina Jijina

A self-confessed ARTY? A PIONEER OF AESTHETICS? DISCOVER YOUR FAVOURITES BY TAKING OUR ART STYLE QUIZ! WE PRIDE OURSELVES ON BRINGING YOU THE MOST AUTHENTIC, THOUGHT-PROVOKING AND IN VOGUE ART TAILORED ACCUTELY TO YOU!