Stefano Phen is an interdisciplinary artist, darting between medium, technique, surface, and setting. At a young age, an introduction to graffiti propelled Stefano into the world of street art, and ever since, he has taken much of his inspiration from urban environments. Now working across painting, graphics, graffiti, and tattoo art, Stefano's practice is uniquely varied and packed with dynamic observations of the world around him. 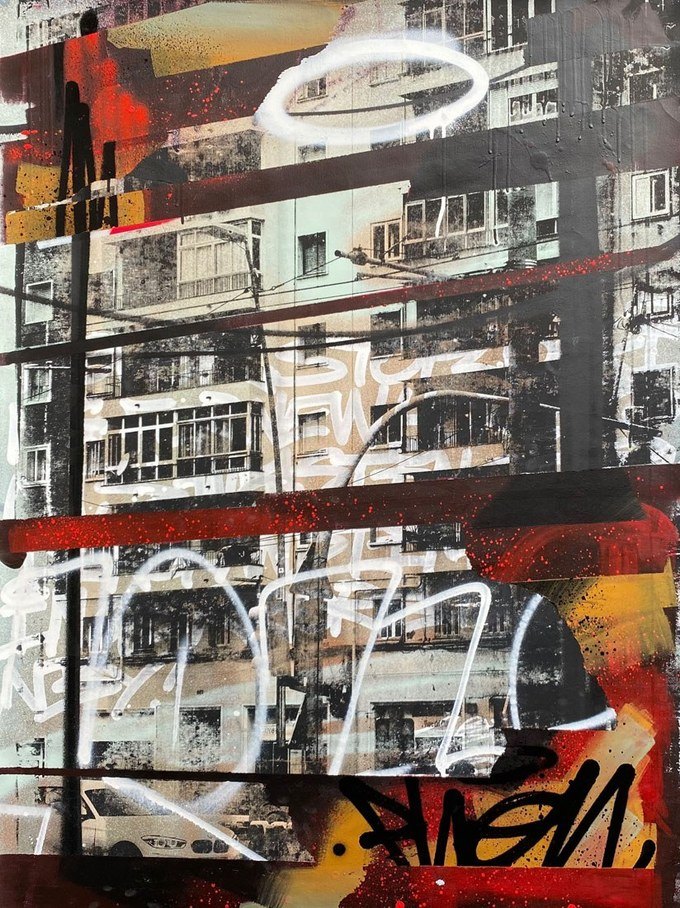 Gran Via 2 by Stefano Phen

How would you describe your style and the art you create?

I would describe my style as a mixture of painting, graffiti and graphic design under the urban flavour. 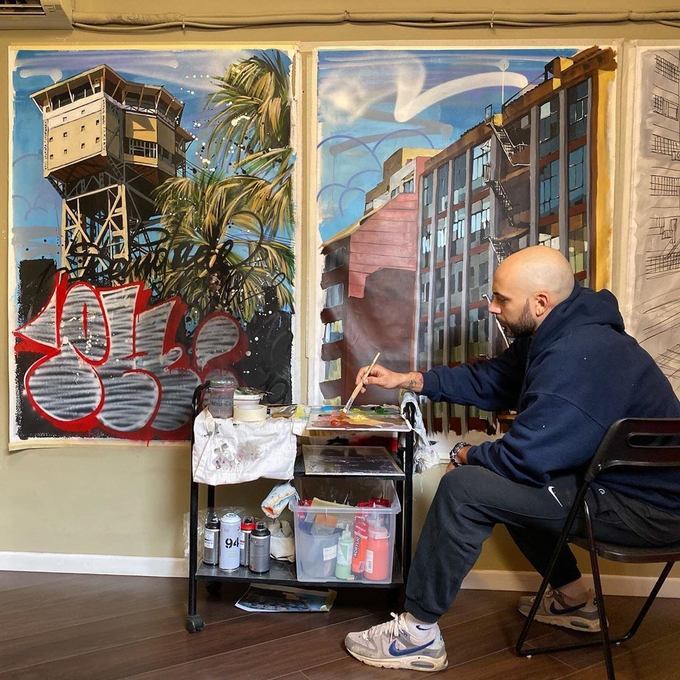 How has your practice evolved in the past few years?

My path does not go in a straight line, but rather in a kind of zig-zag, jumping from technique to technique and thus adding and subtracting practice when creating my compositions. 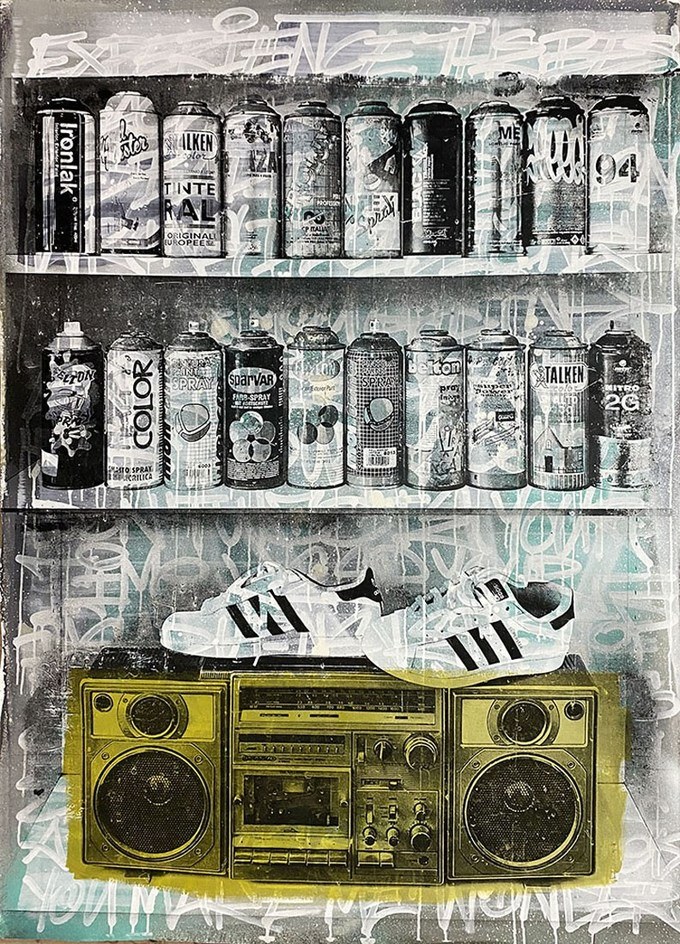 Graffiti is where I was born, it's where it all started for me. I was only 14 years old when in 1997 I began to paint in the streets and trains, and as a result of this culture I approached painting and graphic arts, finally moving on to tattoos and making all this mixture feedback on each other.

Do you see many similarities between the tattoos you create and your paintings?

The similarities between my tattoos and my paintings are the way of creating compositions made of realistic elements, urban touches, classic brushstrokes of pictorial plasticity and vector graphic elements. 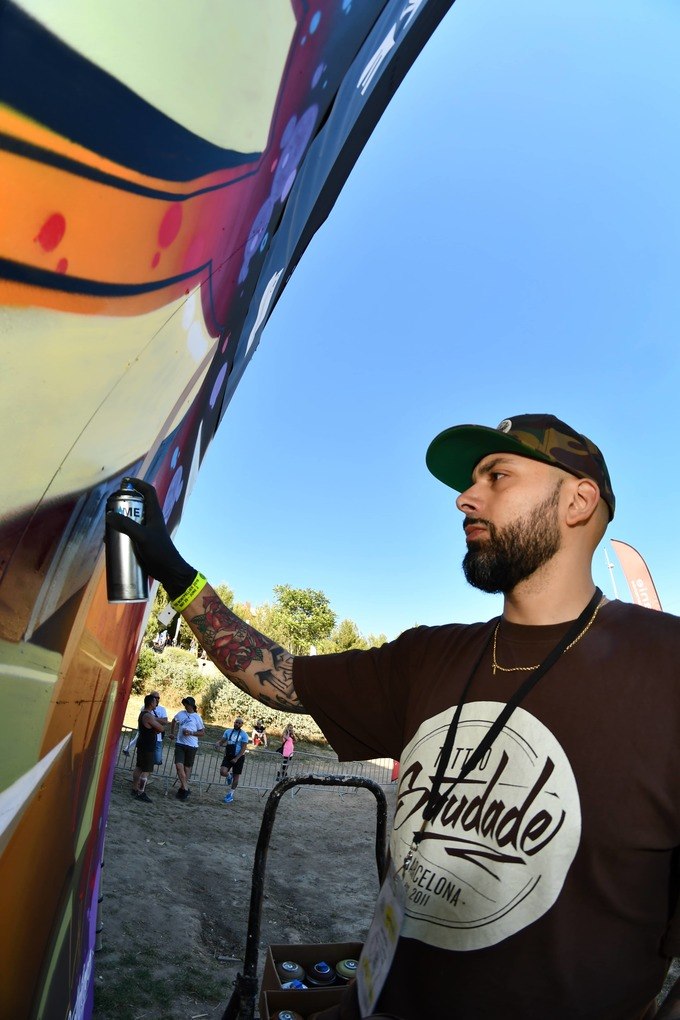 My greatest influences are the dirty streets, the corners, the marginal neighbourhoods on the periphery, as well as painters Francis Bacon, Alberto Burri and Jenny Saville.

Honestly, I do not worry much about the message. I focus on what makes me feel good when it comes to painting; to capture moments and places that I live in my day to day and in my own surroundings. I'm trying to present the beauty that I find in chaos and urban dirt. 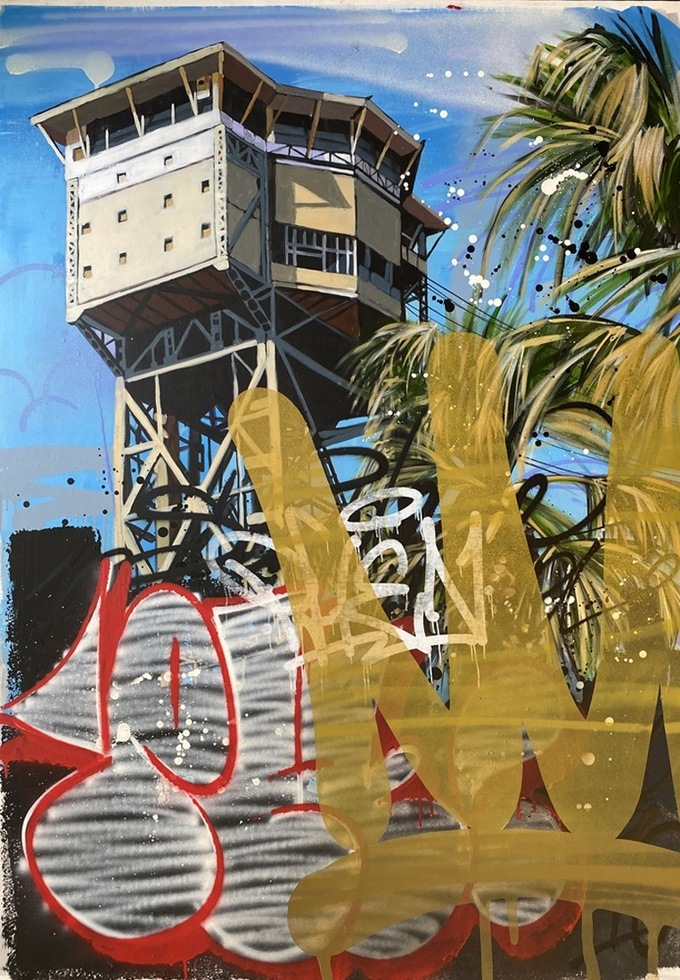 I have recently added screen printing to my work, and this has made me open new horizons on a technical level. I am working on a new series in which I will include figures in urban scenes, trying to represent the loneliness in which we live that goes beyond the amount of people around us in these crowded cities. I hope that good works come out and live up to the visions that I imagine.