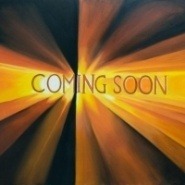 The title of the exhibition, an antonymous quotation of a well-known English idiom (“lost in translation”), plays on the ambivalence and polysemy of words in English. This can, in fact, be translated into French as “traduction” or “translation”. The common denominator of these two “interpretations” lies in the etymological approach of the term “translation” itself, whose Latin origins refer to the action of carrying/taking something, somebody or oneself out of its normal context (from transfero, translatum). Thus, the concept of translation here, goes beyond any restrictive semantic use, to be apprehended in a wider, metaphorical meaning, like the subtle deliberate shifting of a being, a sign, a practice, a discipline or an area of knowledge, opened up to new perspectives of investigation, research, transmission and perception.