Tina Mammoser's proximity to the Yorkshire coastline is resulting in some incredible work. Her paintings are abstract, but clearly recognisable as landscapes and seascapes.

Juxtaposed with soft painted atmospheric effects, her “Sea” paintings include striking geological rock and cliff formations. The image overwhelms with pure sensation. Evolving naturally from the coast paintings and Tina's…Show more geology background, her drawings of the “Stone” series explore the linear nature of rocks, cliffs, and even fossils.

Mammoser is originally from the US midwest, which she says gave her an eye for "flat perspective and vast open spaces". Now a British artist her focus is on a contemporary view of the traditional English seascape. She's been exhibited widely in London and the UK including at the Royal Society of Marine Artists, National Maritime Museum, Cork Street Open, Dulwich Picture Gallery, and Derwent Art Prize show.Show less

"Tina’s skilful use of line and colour first drew my attention online. However, when viewing her work in person, you soon become aware that even the most subtle change in light is enough to transform an apparently simple work into a complex study of land, sea and atmosphere. As with geological formations, Tina's paintings are built up in layers, creating a sense of depth and complexity. I have spent a great deal of time with several of these paintings, and have never seen them in the same way twice."

"Follow Tina to receive first access to new works for sale and the latest updates on events and activities."

Tina Mammoser is featured in 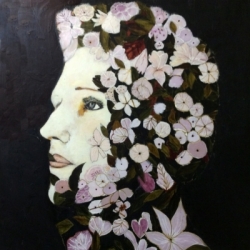 Top 10 Famous Female Artists & How to Get The Look 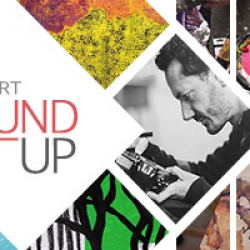 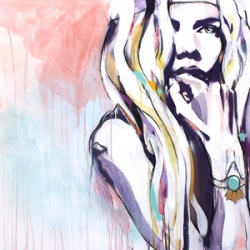 Styling with Art: The Pantone Persuasion 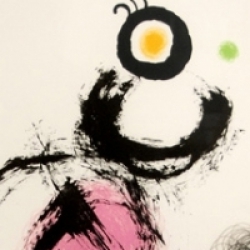