Robert Bloomfield paints tiny figures in stark, unyielding landscapes. The British artist favors spray paint and works predominantly in cool tones of grey and black. The effect is introspective and moody. The smallness of Robert’s human figures, set against the immensity of the landscapes in which they wander, seems to suggest something about the human condition. We love the existential spirit of…Show more these canvases, and the thoughts about solitude they inspire.

Robert didn't have the opportunity to study art when he finished high school, but a painted gift for a friend confirmed that he was destined to be an artist. Days spent spray painting with his friends as a teenager had begun a process of self-training that would lead to a remarkable career in painting.

This year Robert is set to exhibit his work at the Pancakes and Booze Art Show at the Tobacco Dock in London.Show less

"Bloomfield's epic landscapes are achingly simple. We have all been that tiny figure at one point or another, and his works brings that home, through images of loss, and hope, and love. These are sweet and beautiful - a humble image to wake up to every day."

Stay in Touch with Robert Owen!

"Follow Robert Owen to receive first access to new works for sale and the latest updates on events and activities."

Robert Owen Bloomfield is featured in 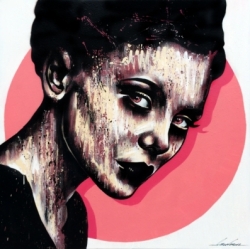 10 Pieces that Show the Diversity of Spray Paint 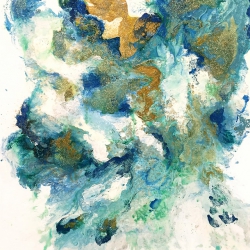