Born in London in 1936, Patrick Caulfield was a painter and printmaker, famous for his bold and at times minimalist approach. Patrick rose to fame in the 1960s as part of ‘The New Generation’; a movement that combined a formalist approach with British Pop Art. Showing alongside the likes of Bridget Riley in a series of exhibitions that launched his career, Patrick’s style was instantly distinct by its graphic yet dynamic identity. Straddling the boundaries of the abstract and the figurative, Patrick’s work is iconic in its direct nature and flattening of depth.

Following the ‘New Generation’ exhibitions at the Whitechapel Gallery in the 60’s, which showed a selection of Patrick’s paintings, the artist ventured into print, specifically silkscreen prints. Patrick’s work was commonly associated with Pop Art, although it was a label he resisted due to the traditions of formal art that so greatly inspired his practice. Throughout the latter half of the 20th century, Patrick’s work made its way around the world, showing in the US, Australia and Japan. Following Patrick’s death in 2005, Tate Britain held a retrospective exhibition tracking the development of Patrick’s style. Bringing together over thirty seminal pieces from public and private collections, the exhibition narrated the evolution of Patrick’s work over the course of his life.

Known for merging the real with the made up and the factual with the fanciful, Patrick’s art is one that endures through its range of dichotomies. Combining styles and transcending genres, Patrick’s art is still as popular today as ever. As well as Tate Britain’s Patrick Caulfield Retrospective, the artist’s work has shown in many other exhibitions internationally, including his first solo exhibition in Germany at Wolfgang Tillmans’ celebrated art space, Between Bridges.

Stay in Touch with Patrick!

"Follow Patrick to receive first access to new works for sale and the latest updates on events and activities."

Patrick Caulfield is featured in 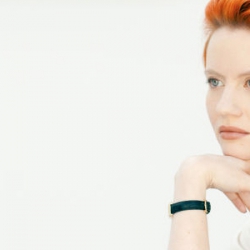