Micosch Holland is a German artist who draws his inspiration from the Dada, Constructivist and Surrealist movements of the 20th Century. Micosch’s mixed media works are a hybrid of vintage materials and cutting-edge digital technology.

The artist studied Visual Communications at the Akademie Beeldende Kunsten in the Netherlands. Alongside his art he also works as a graphic designer.…Show more Micosch has shown his work widely across the Netherlands and Germany. In 2010, the Art Directors Club in Berlin gave him their Silver Award.Show less

"These rough and gritty collages convey a powerful sense of realism and the struggle of everyday life. Mixing paint with new and old found images, Micosch is influenced by German great's such as Joseph Beuys, and that sense of poetic honesty is literally layered through all of his work."

Stay in Touch with Micosch!

"Follow Micosch to receive first access to new works for sale and the latest updates on events and activities."

Micosch Holland is featured in 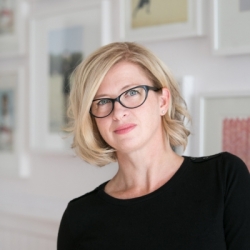 Tackling the Green-Eyed Monster with the Jealous Curator