Kelvin Okafor’s hyper-realistic portraits are often mistaken for photographs. This young British artist wields charcoal and graphite like no other! Not only are his portraits breathtakingly realistic, but they’re also extraordinarily emotive. We love the intimacy Kelvin achieves in his drawings;…Show more each of his subjects exudes an astounding, almost vulnerable, openness.

The artist's fascination for drawing with pencils began when he was just 8 years old. After school Kelvin went on to study Fine Art at City & Guilds Art School and Middlesex University in London. His exceptional drawings very quickly captured the attention of the art world and Kelvin soon scooped up a number of national awards.

The artist has exhibited his work in galleries across the country. His first solo show at the Albemarle Gallery in London was a huge success and led to more than fifty commissions.Show less

"Dubbed "emotional realism" by eminent critic Estelle Lovatt, Kelvin's style invites the viewer to enter the inner world of his subjects in an intimate, peaceful and considered way. His drawings go beyond the remit of hyperrealism; they do not seek to emulate photographs, but to capture the pure and intense humanity of his subjects on a deeper level."

Stay in Touch with Kelvin!

"Follow Kelvin to receive first access to new works for sale and the latest updates on events and activities."

Kelvin Okafor is featured in 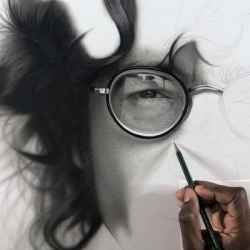 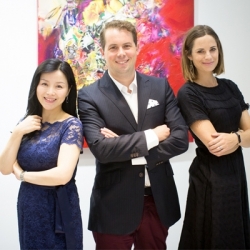 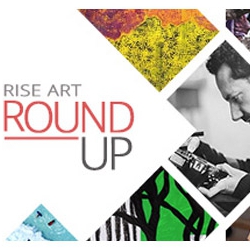