Gavin Turk first made a name for himself following the Royal College of Art MA show in 1991. Gavin’s controversial contribution to the exhibition was a blue heritage plaque reading, ‘Gavin Turk worked here 1989-91’. Catching the attention of Charles Saatchi, Gavin’s minimal and conceptual approach propelled him into the Young British Artist movement of the 1990’s. Since his swift rise to fame, Gavin has remained a central and integral figure in the contemporary art scene.

Dubbed the ‘prankster’ of the YBAs, Gavin worked alongside the likes of Tracey Emin, Damien Hirst and Gary Hume to produce daring work that would go on to shape the course of conceptual art. Working in both sculpture and print Gavin’s pioneering works gave meaning and weight to the worthless whilst simultaneously questioning the value assigned to fine art. Works such as Yes made waves due to Gavin’s fearless confrontation of the art world. Gavin handed out his Yes stickers to visitors attending Frieze Art Fair, and played on elements of performance and free art to scrutinise just what can be considered art.

More recently, Gavin’s work has turned to environmental issues, particularly zooming in on society’s relationship with waste. Just last year, Gavin held an exhibition called ‘Letting Go’, which explored the issues of the climate crisis and was heavily influenced by Gavin’s own involvement in the Extinction Rebellion movement. Still very much focusing on the impact of consumerism and mass production, Gavin’s series of silkscreen prints, watercolours and painted bronze sculptures characteristically called for viewers to examine our own behaviour and relationship to our environment.

Read more about the way in which Gavin Turk gives permanence to the impermanent and worth to the worthless in our article profiling the artist.

"Gavin Turk burst onto the contemporary art world map in 1991 when his final show "Cave" was refused a degree from the Royal College of Art."

Stay in Touch with Gavin!

"Follow Gavin to receive first access to new works for sale and the latest updates on events and activities."

Gavin Turk is featured in 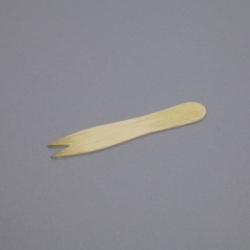 Gavin Turk: Giving Permanence to the Impermanent and Worth to the Worthless