Damien Hirst is one of the most prominent British artist of the 21st Century. Internationally renowned, the artist pushed the boundaries of art and dominated the art scene throughout his career. His body of work comprises of paintings, drawings, sculptures, installations and limited edition prints. Throughout the work, the artist takes a direct and challenging approach to ideas about existence;…Show more emphasising on themes such as life and death, mortality and betrayal. Using the tools and iconography of science and religion, Hirst's artwork offers a beauty and intensity that transcends the viewer into unfamiliar surroundings. We have been long-time admirers of Hirst's work and practice. Instantly recognisable, his limited edition signed etchings are collectable, colourful and beautiful.

Born in 1965 Hirst grew up in Leeds and moved to London in the early 1980s. Studying at the Goldsmith's College at the University of London, the artist put together a ground-breaking exhibit entitled 'Freeze' in 1988, along with fellow artists Fiona Rae and Sarah Lucas. Forming the Young British Artists the artists became known for their unusual materials and challenging art concepts. Receiving financial support and backing from the art collector Charles Saatchi, Hirst's reputation grew and grew.

In 1991, Hirst had his first solo in London and in 1992 he famously displayed a 14-foot-long glass tank with a shark preserved in formaldehyde at the Saatchi Gallery. Successful and controversial, Hirst soon became one of the best known artists in Britain. Hirst was nominated the Turner Prize in 1992 for his first Young British Artists exhibition at the Saatchi Gallery. In 1993, Damien Hirst’s first major international presentation was held at the Venice Biennale. The artist then won the Turner Prize in 1995. In 2012, Hirst was among the British cultural icons selected by artist Sir Peter Blake and in the same year Hirst had a major blockbuster at Tate Modern, setting records for attendance. He now lives in Devon with his family.Show less

"Known for sharks, spots and skulls, Hirst's work is instantly recognisable. Prolific, controversial, talented and successful these limited edition etchings are a fantastic opportunity to own your own Hirst. "

Stay in Touch with Damien!

"Follow Damien to receive first access to new works for sale and the latest updates on events and activities."

Damien Hirst is featured in 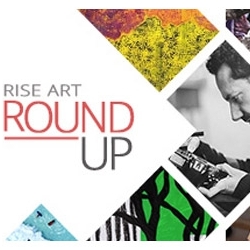 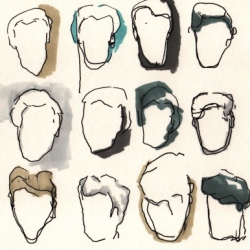 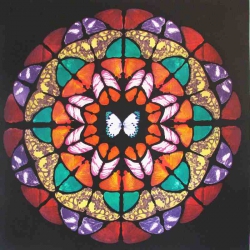