Possibly the most talked about artist, in both the art, mainstream and tabloid press in the last two years, stencil artist Banksy has managed to maintain a successful art career without revealing his true identity.

First seen on the walls of his hometown of Bristol, Banksy has had work shown in Tate Modern, Louvre, The British Museum, and the Metropolitan Museum of Art. Although he did go there and put them up himself unannounced.

His work is often anti-capitalist, anti-war and mocks any…Show more kind of authority. He's known for his humorous and outrageous imagery and stunts, which stick two fingers up to the system, and his respect for the art institutions and galleries is somewhat minimal.Show less

Stay in Touch with {{first_name}}!

"Follow {{first_name}} to receive first access to new works for sale and the latest updates on events and activities."

Banksy is featured in 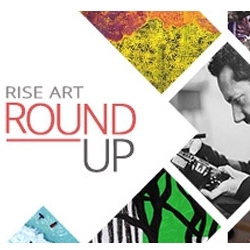