Articles posted in Out of the Studio tagged with exhibition, fashion, review

Top Art Exhibitions to see in London in February

Since graduating with a BFA from Rutgers University’s Mason Gross School of the Arts, New Jersey, in 2013, Jamian Juliano-Villani’s star has very much been in the ascendent. Whilst

Top Art Exhibitions to see in London in July

Hector Campbell, our Curator at Large, has his eye on the latest and greatest contemporary exhibitions, and he's always on the lookout for promising up-and-coming artists. If you're in search of your next art fix, here are four current London exhibitions that Hector recommends. 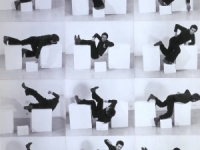 Bruce McLean at the Tate Britain

Posted in Inside Scoop, Out of the Studio by Teddy Hall on 12th April 2016 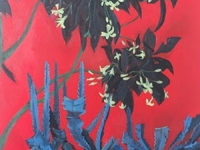 Against the madness of Degree Show season, Charlie Levine checks out Metamorphose to see who comes out triumphant for the Wednesday Event.