The annual HIX Award is back, with fifteen shortlisted artists exhibiting at HIX ART in Shoreditch and vying for the £10,000 prize and a solo exhibition at the gallery. Having been founded by art collector and restaurateur Mark Hix in 2013, the HIX Award is an open call submission competition, open to all students or recent graduates of UK based art schools, that aims to promote the work of emerging artists as well as assisting them to make the transition from art school to an art career.

Posted in Inside Scoop by Hector Campbell on 24th September 2019

Hector Campbell is our Curator At Large. This means he’s out and about visiting the best galleries and the latest exhibitions. Hector always has his eye on the latest and greatest art world news and he’s here to give you exclusive access.

Posted in Inside Scoop by Hector Campbell on 28th May 2019 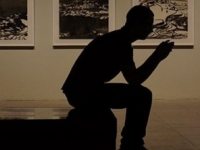 Must-See London Exhibitions This May

Hector Campbell, our new Curator at Large, has his eye on the latest and greatest contemporary exhibitions, and he's always on the lookout for promising up-and-coming artists. If you're in search of your next art fix, here are current London exhibitions that Hector recommends.

Posted in Inside Scoop by Hector Campbell on 30th April 2019 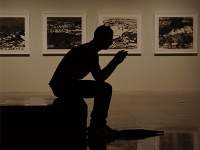 Start Spring with These 4 London Exhibitions

Our Curator at Large, Hector Campbell, has been scouring every corner of London to find the best up-and-coming artistic talent. Hector's recommendations take us to Annka Kultys Gallery in Hackney, Freelands Foundation in Primrose Hill, Assembly Point in Peckham and The Dot Project in Holland Park.

Posted in Inside Scoop by Hector Campbell on 28th March 2019 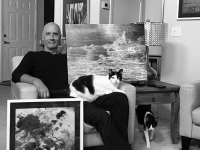 Reed Hearne is an American artist who uses photography to create what he describes as Digital Paintings. These works capture the beauty and visual intrigue of subjects that most people would dismiss as merely mundane, like the criss-cross of shadows on a staircase or the interplay of geometry and light on a stainless steel bridge. 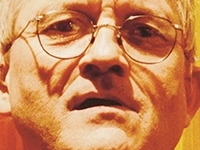 From embroiding the front cover of Bradford's 1989 British Telecom telephone directory to his life as a synesthete, we bring you 5 things you didn't know about David Hockney.

Posted in Inside Scoop by Rise Art on 20th September 2018

Gina Parr and Ian Hoskin met as Fine Art postgrads at Middlesex Polytechnic in North London. Gina was practising as a Performance Artist, while Ian was focusing on developing his career in Photography. Both artists went on to work in telly, Gina as a Set Designer and Ian as a freelancer for the BBC Picture Publicity Department. Ian continued on his own photographic projects, originally working with film and print in the darkroom before making a move to digital. Gina, meantime, left her Performan 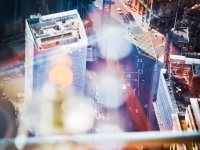 Photographers have been capturing the magic of the city since commercial cameras became available in the mid-1800s, and they continue to find the mystery of the urban jungle to be intriguing. We’ve rounded up a group of photographers who view the urban landscape through a unique lens.

Posted in Inside Scoop by Lori Zimmer on 10th May 2018 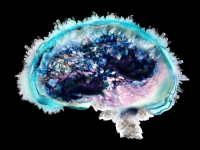 Taking Neon to the Next Level with Lauren Baker

Lauren Baker takes neon to new levels, with fields of energy, vibrations and materials like crystal and bone. Find out more about Lauren's fascinating practice.

What a month February has been. We're wrapping up the Rise Art Prize and looking towards the next activities of 2018.

Posted in Inside Scoop by Aimee Morris on 02nd March 2018

The Grief: Depression by Yannis Guibinga has been favorited 2 hours ago

Rain No. 28 by Brigitte Yoshiko Pruchnow has been added to the basket 3 hours ago