This week, we are thrilled to be releasing new work from Chris Shaw Hughes. The artist, who currently resides in the UK, has been on a roll over the past year, having been selected as one of the Bloomberg New Contemporaries in 2010. The artists highly detailed, carbon offset drawings capture and document significant historical snapshots that are both visually arresting and thought provoking. Aesthetica magazine, while reviewing the show stated that Chris' work are 'technical marvels', creating a shift in perception that makes the mundane monumental.

Working with Rise Art, Chris has produced two limited edition prints of his work. 'New Pharaohs - Totem' and 'New Pharaohs - The Great Deceiver' are both negative adaptions of Chris' carbon offset drawings. Each print has been produced in an edition of only 20 copies and comes with a signed certificate of authenticity by the artist. The large format of this print really brings the detail alive, and at only 20 copies, these are edition that won't be available for long. 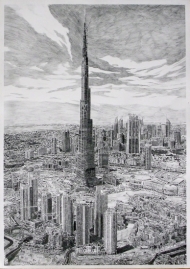 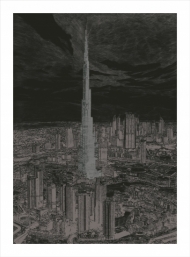 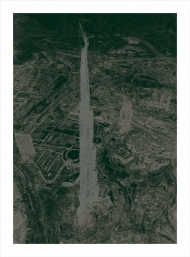