The term fan art, and the question of what constitutes fan art, is a fairly recent consideration in the art world. Typically associated with modern American art, with the rise of ‘the celebrity’ and the birth of pop art, fan art has had a somewhat ambiguous identity over the last 60 years.

Perhaps a subsection of portraiture, perhaps a reaction to the growing influence of the media, fan art belongs to both ‘high’ and ‘low’ art, and even blurs the boundary between the two. The elements of fan art can exist just as easily on the walls of a gallery as in street art stalls. Nowadays, the typical features of fan art are even employed by contemporary artists as a way of commenting on present-day culture, probing at society’s obsession with fame, and subverting the recognisable. 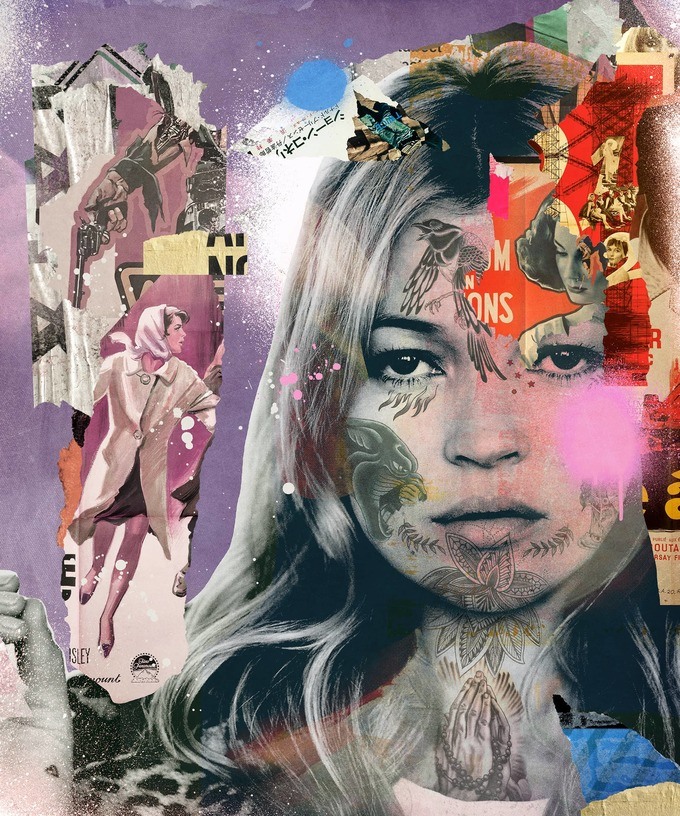 The Pioneers of fan art

When it comes to representing celebrities in art, Andy Warhol is an obvious starting point. In pioneering the pop art movement, Warhol also spearheaded the portrayal of famous faces in art. Amongst Warhol’s most coveted pieces are his paintings of Marylin Monroe, Prince and the Queen. These faces, and others depicted by Warhol, marked such a groundbreaking turn in modern art, that continue to make their way into works made today. 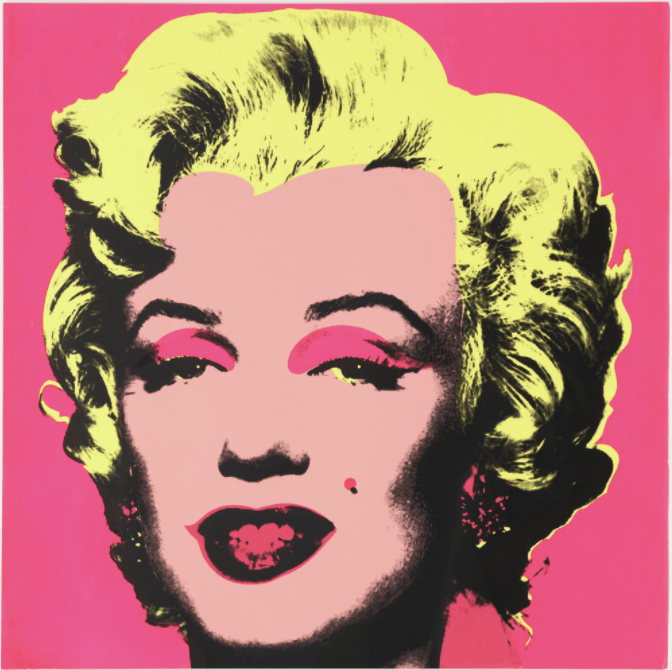 Around the same time as Warhol was creating his famous works of Marylin Monroe, fellow pop artist Robert Rauschenberg also started to incorporate regocnisable subjects into his large scale silk screen paintings. Most famously, Rauschenberg’s piece, Retroactive I includes imagery that had been prevalent in the media during that time. Collaging a portrait of John F. Kennedy next to a well known image from NASA, Rauschenberg presented the news as art, and in doing so immortalised a moment in history.

Although neither artist would necessarily be defined as a fan artist, nor are their works described as ‘fan art’, Warhol and Rauschenberg, along with other influential pop artists working throughout the 60s, propelled the representation of famous face into modern artworks, and cemented it as a feature that continues to occur ever since. 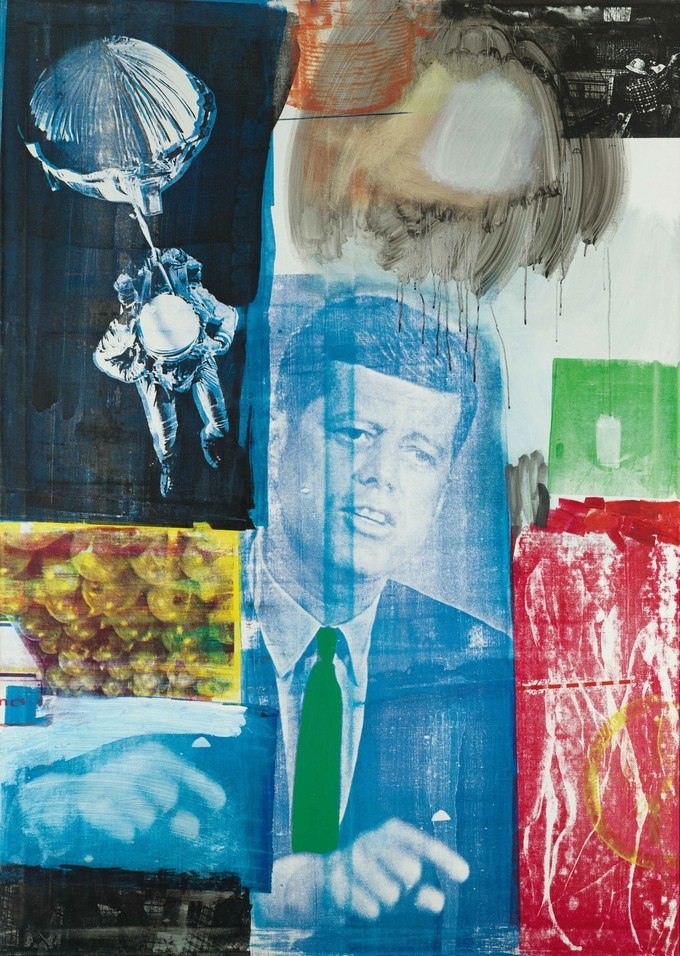 Retroactive I. by Robert Rauschenberg (image courtesy of MoMA)

A walk around The National Portrait Gallery shows just how prevalent recognisable faces are in modern and contemporary art. From Stephen Tomlin’s lead bust sculpture of Viriginia Woolf, to Olivia Rose’s portraits of Stormzy, the majority of sitters in the gallery are known to the public in some capacity. 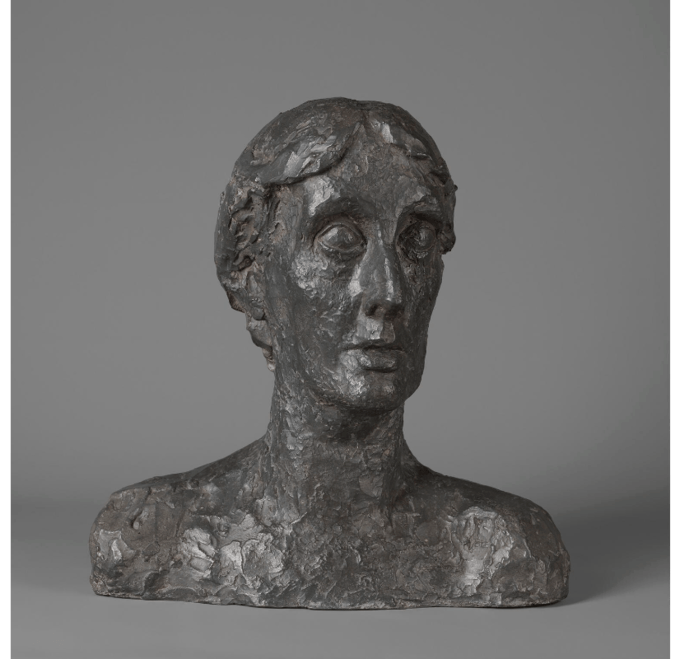 As portraits are inherently tied up in a celebration of some sort, it isn’t such a stretch to suppose that a large majority of portraits are, to some extent, pieces of fan art, in which the artist or the person commissioning the artwork, seeks to commemorate and immortalise someone of significance to them. 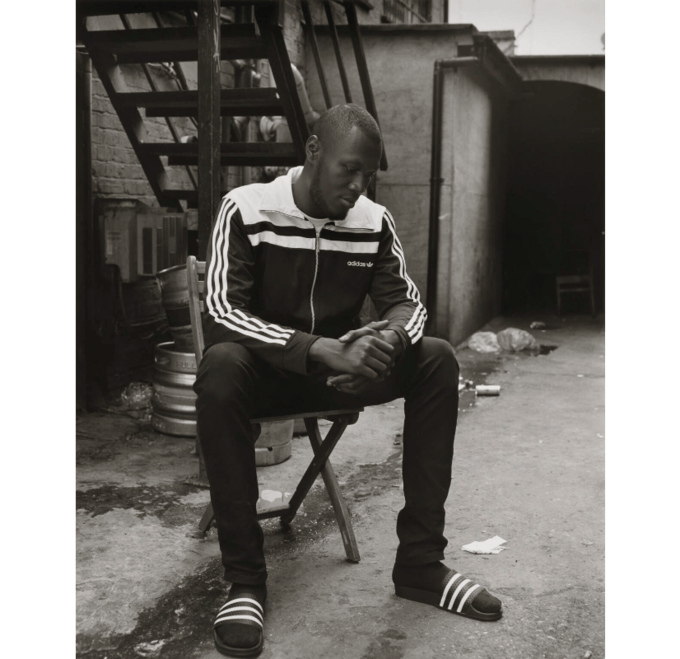 David Hockney’s 2016 exhibition, 82 Portraits and 1 Still-Life at the Royal Academy of Arts, combined the celebratory style of portraiture with a practical documentary approach. The exhibition, described by the RA as “an intimate snapshot of the LA art world and the people who have crossed his path over the last two years”, showed how the traditions of portraiture and the role of the sitter are just as at home in the contemporary art world, as they were in the Italian Renaissance.

Today, portraits of famous subjects cover everything from the satirical and cynical, to the serious and functional. Elizabeth Peyton’s up close portraits are intimate and at times sombre, unearthing the human beneath the guise of the celebrity. Kehinde Wiley reimagines the traditional elements of portraiture with an original approach. With sitters ranging from Barack Obama to Ice T, Wiley references works by the Old Masters to explore themes of race and identity. 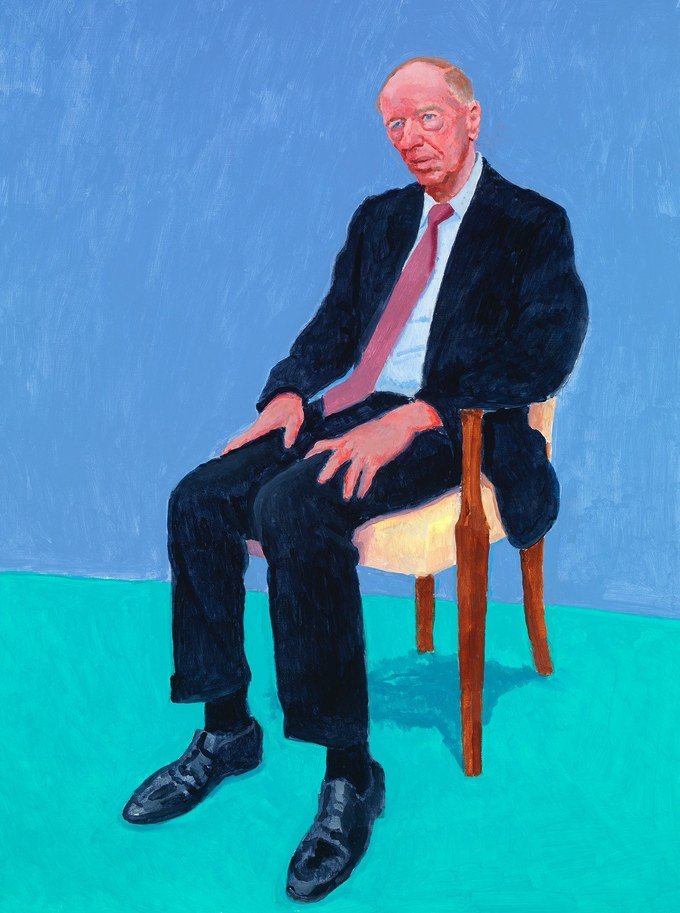 Peter Horvath’s large scale mixed media portraits have an element of Rauschenberg about them. With a layered and collaged aesthetic, Peter gives his subjects new contexts and surroundings. Whether depicting Frida Kahlo, Kate Moss or Marlon Brando, Peter merges elements of the surreal with vintage found materials to re-create narratives.

Many of his works delve into the phenomenon of the icon, examining society’s obsession with the media, fame and eternal youth. Peter said of his recent series, Heroes; “When I began making these works I considered how we have become a society obsessed with aging, clinging to, and in pursuit of our emblems of youth. The images of the people I choose for these portraits have a strength and vitality - I place them among the wreckage of crumbling, entropic elements - suggesting nothing lasts forever”. 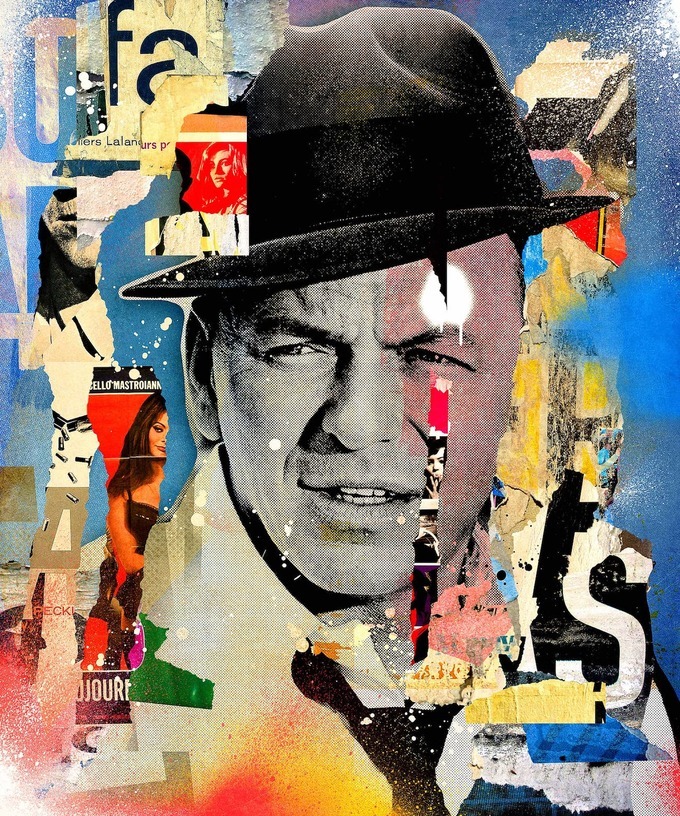 Tim Fowler also works in mixed media to create vibrant portraits of popular subjects. His works have a distinct pop art style to them, whilst incorporating graffiti, spray paint and other street art mediums. The use of bright pinks and dark blues gives Tim’s work a hallucinogenic quality, subverting the passive nature of portrait sitters, instead giving them their own agency and energy. 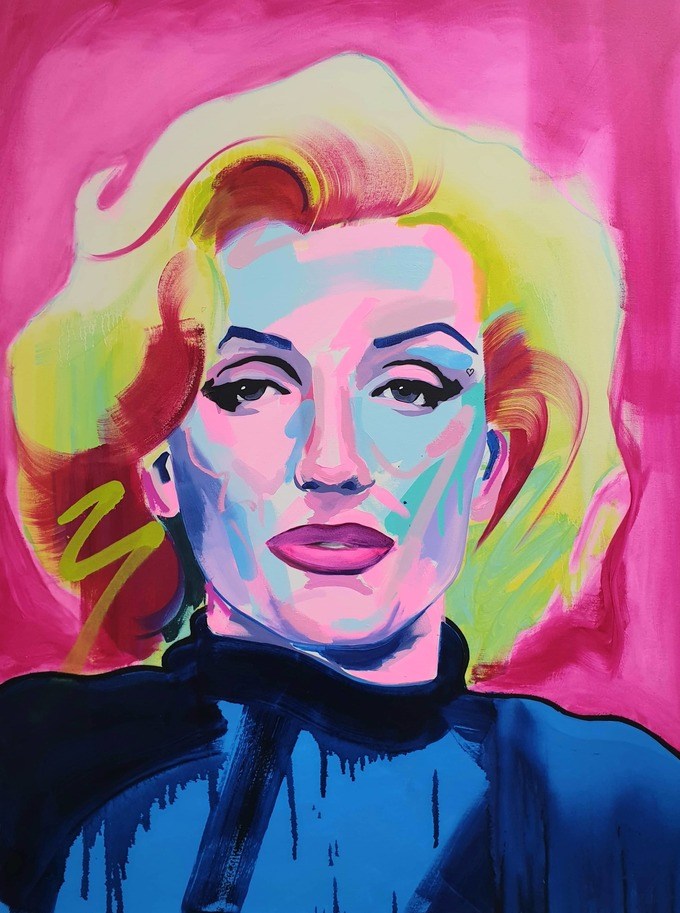 The evolution of portraiture, particularly portrait photography, begs the question, what is the difference between a portrait of a famous person and a piece of fan art? Andy Gotts is one of the most prominent celebrity portrait photographers working today, and with his work, he explores the relationship between fame and fandom. His approach is honest and intimate, giving his subjects the freedom to relax, and in doing so, he offers the viewer an insight into private moments from an unseen perspective. Andy does not put his famous subjects on a pedestal, and instead he presents the in-between moments that are rarely documented in portraiture or fan art. 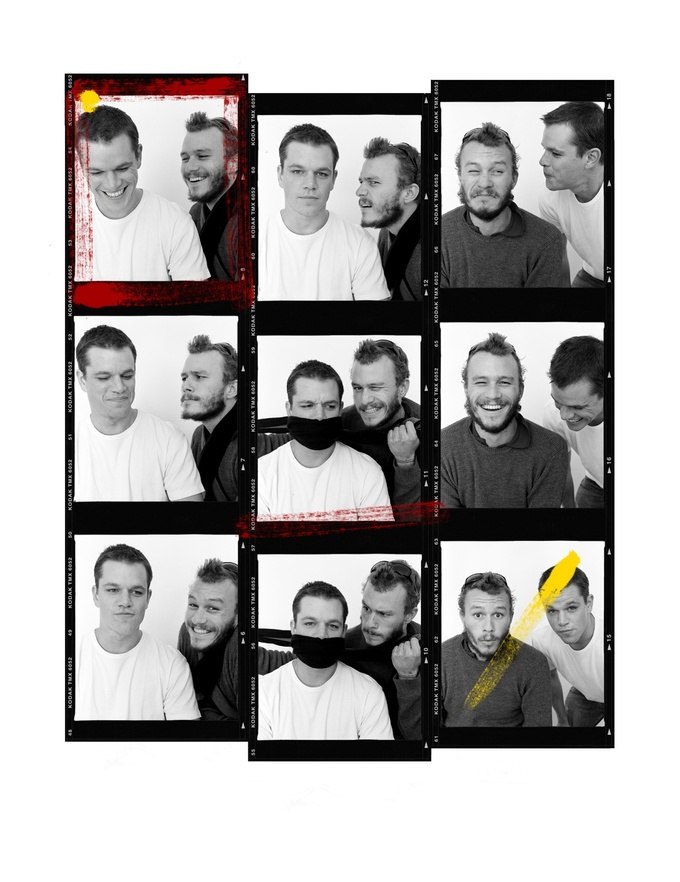