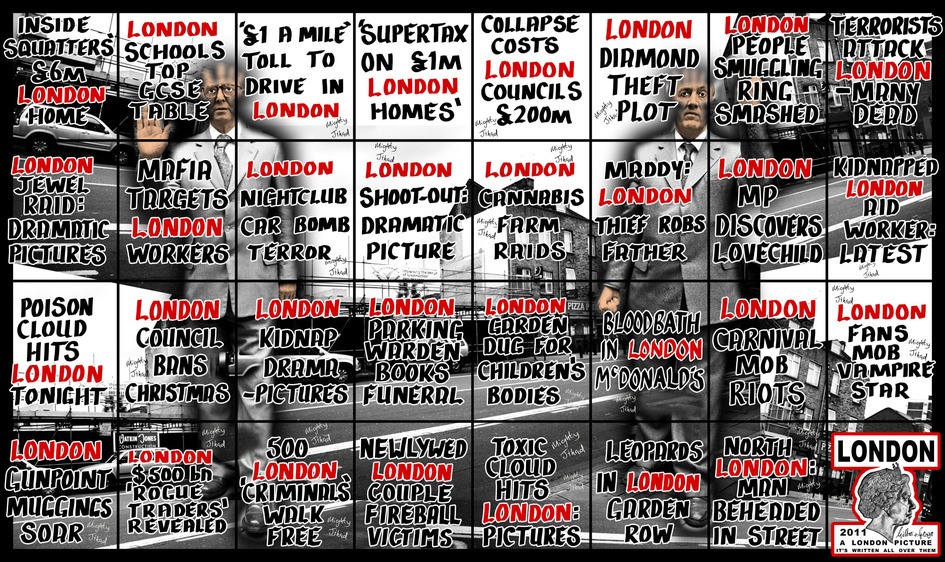 The Opening of the Art World: Online Exhibitions to see in August

Posted in Inside Scoop by Phin Jennings on 23rd July 2020

In last month’s Curator at Large article I wondered whether galleries would continue with a hybrid online/physical existence after the end of lockdown. This month, my question has been answered. Galleries across the world have reopened with their maiden post-covid shows, and most have opted to continue their heightened online presence.

For many this means offering a way for people to experience what’s in the physical gallery from home - be this with virtual tours, online events or simply better imagery and documentation. Others have opted to run independent online exhibitions to complement their physically gallery programmes.

This is exciting. It signals a move away from the exclusivity and nonchalance which has defined the commercial art world for too long. Fewer galleries than ever are choosing to keep their exhibitions from everyone unable (be that owing to geographical constraints, disability, or fear of gallery assistants) to enter their physical spaces.

Dealers who, whether they like it or not, act as gatekeepers of the experience of art are instead opting to fulfil what I think of as their key public function: to enable us to experience and learn from their artists’ work and ensure that the opportunity to enjoy and engage with art is offered equally and unconditionally.

One such gallery is White Cube. Towards the end of last year, it was announced that the mega-gallery was to open an outpost in Paris. Rather than a viewing space, the branch was going to be a modest office. The subtext of this decision is clear: sidestepping a program of public exhibitions, the gallery was looking to do one thing: sell art.

I imagine that this goal remains central for White Cube now, but the appearance of an “Online Exhibitions” section on their website suggests more willingness to allow non-collectors to share some pleasure in said art.

Babel is the gallery’s Summer group exhibition, running through August and open to anyone with an internet connection and some kind of screen. The title of the show references a biblical tale in which a united human race attempts to reach Heaven directly by building a tower. God sabotages the project, assigning the people different languages and thus rendering them unable to communicate with one another.

The works in the exhibition all deal with communication. Gilbert and George’s London offers a snapshot of the capital via 31 reproductions of newspaper headlines, whilst Dahn Vo’s Pantoffel re-tells a toe-curling moment from the Grimms’ Cinderella in shining golden gothic script. As I scroll through these works I can’t help but wonder whether, with a modicum of creative thinking, there are any artworks that can’t somehow be linked to communication. Isn’t the very practice of creating art an act of communication? If so, it seems like a lazy theme to curate an exhibition around.

One reading of the story of the Tower of Babel is as an allegory about the downfalls of taking the simple option. Getting to Heaven, it goes, is more complex of a process than building a tall enough tower. Perhaps this lesson can be applied to the exhibition at hand: a group show about communication is an easy route to getting work by all of the gallery’s headline artists in one place.

This may be too harsh of a review. The artworks themselves are wonderful for the most part, and the writing around them illuminates their connection to the theme well. However with the memory of their last two Summer exhibitions (Memory Palace and The Real: Three Propositions) deftly arranging artworks around complex and fascinating ideas, I can’t help but feel disappointed by this year’s offering. 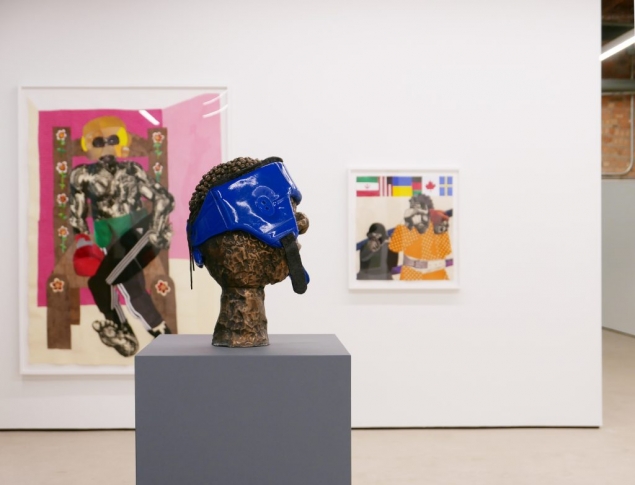 Born in Honolulu and currently living and working in Mexico City, Clotilde Jiménez’ mixed media practice can be traced back to a breakthrough moment in 2015 here in London. He was part of the inaugural cohort for the London Intensive: a month-long residency co-produced by Camden Arts Centre and the Slade School of Fine Art.

Five years later, this solo exhibition is his second with Mariane Ibrahim, the Chicago gallery whose stable also includes recent market sweetheart Amoako Boafo. It is focussed on the character of the boxer. Through mixed media depictions of this strong and intimidating figure, its face often obscured or invisible, the artist grapples with ideas around his estranged relationship with his father, himself a bodybuilder and boxer.

The works themselves, which range in medium from two-dimensional collage to sculpture, invoke an overwhelming sense of power and physicality. As well as specifically referencing Jiménez’ own father, the statuesque figures reflect tropes around Black male bodies in general. Their headgear and exaggerated poses turns them from autonomous and sensitive humans to strong, guarded objects. 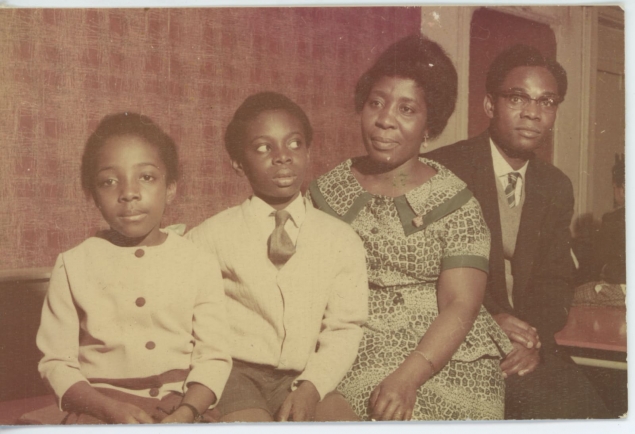 Born in 1929, James Barnor has spent his 60-year career both capturing life and developing (pun intended) the practice of photography in Ghana. He chronicled the country’s journey to independence as a freelance photojournalist and in 1969, following a trip to London, brought back with him the country’s first colour photography processing practices.

His photographs themselves, many of which were originally taken in his role as a freelance photographer, bring a distinct sense of relatability and humanity. These images, which I get the feeling might not have made the family albums of his clients, articulate the personality of their subjects better than any planned and posed photographs could. They do this through small details: a child giving his parents a momentary knowing look during a family portrait shoot, a model eating a piece of candy-floss between poses, a mother helping her future daughter-in-law out of her wedding car.

Fittingly, this exhibition marks the opening of the Nubuke Foundation’s new space in Accra, the city where Barnor grew up. Had this exhibition taken place a year ago, I imagine it would have been difficult for me to view without taking an 11-hour flight. As it stands, I’m invited to learn the stories of Barnor and his subjects without leaving my desk.

There are, of course, countless benefits of seeing an exhibition in person; the online viewing room will never be a wholesale replacement for bricks-and-mortar galleries. However, galleries’ choice to open their exhibitions to anyone willing to engage with them is a refreshing and egalitarian step, for which I am grateful.

Ways of Seeing: Exhibitions to visit in December 27th November 2020