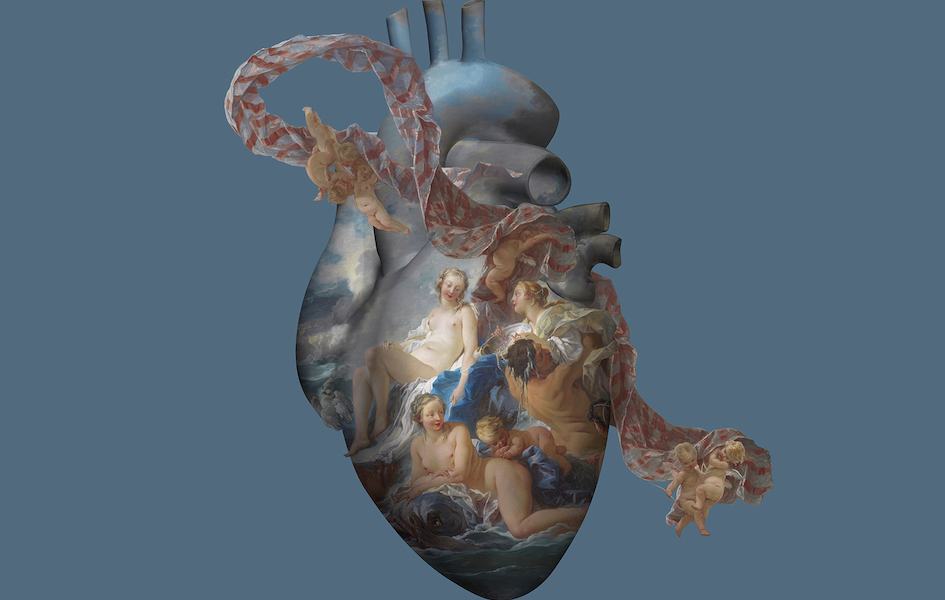 Magnus Gjoen: Reviving the Old to Make Way for the New

Rediscovery and revival sit at the heart of Magnus Gjoen’s work. The desire to breathe new life into the old is present in everything, from the concept, to the process, to the mediums Magnus uses. Showing us that there is no finite ending to art, Magnus defies the rigid boundaries of time to rework the old and give meaning to the new.

Presenting art in a new or ‘renewed’ light, Magnus questions how we as viewers have been taught to see, how we are fed information and how preconceived expectations can often pollute a real sense of understanding. 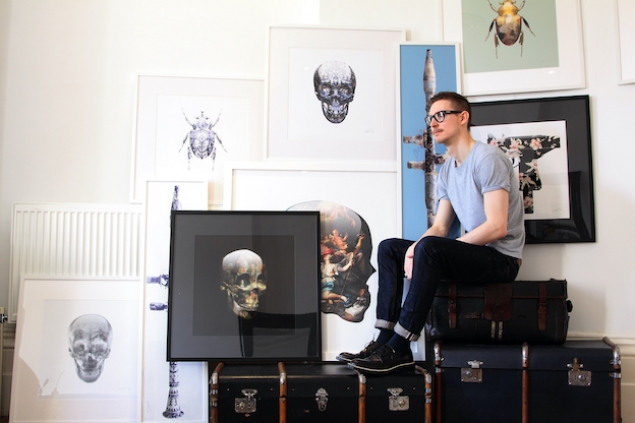 Magnus in his studio

A self-confessed ‘accidental artist’, Magnus stumbled to art as a result of wanting to decorate the walls of his flat. With a background in fashion designing for the likes of Vivienne Westwood, Magnus incorporates his penchant for style into all of his art. The unique eye of a fashion designer has allowed him to approach art at a different angle; to create work that acknowledges itself as a product. Inevitably injecting an air of glamour and beauty to his art, Magnus is an artist who constantly works to integrate all his creative experiences into his practice.

Forever acknowledging his own history, Magnus enjoys the process of revisiting his old work, of picking it back up and developing it further. Some works have taken as long as six years to complete, whilst others are still undergoing the creative process to result in the perfect piece. This considered and reflective way of making art adds to the depth of Magnus’s method and contributes to the ever-evolving narrative that fuels his work. 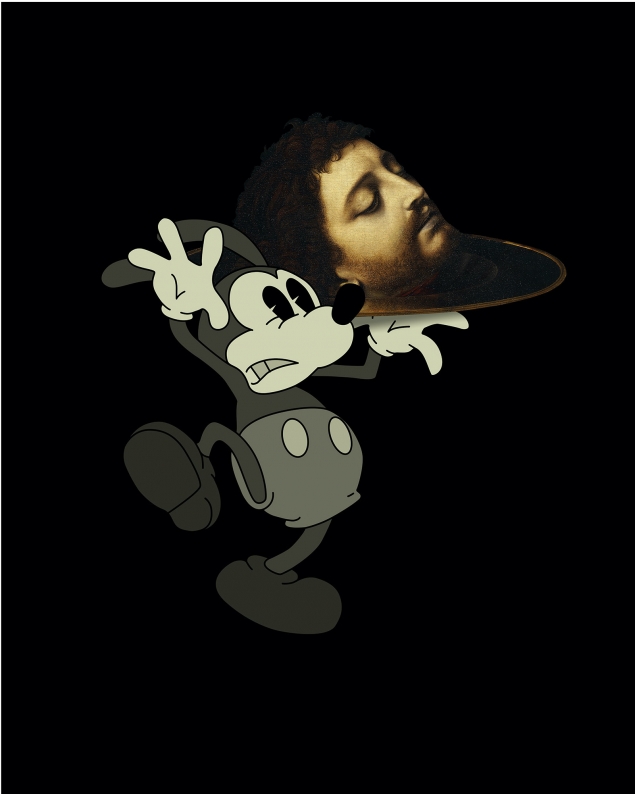 The Art of Contradiction

Rise Art’s collection of Magnus’s art showcases his preoccupation with exploring and exposing contrast. His art to date is a series of juxtapositions, of gothic porcelain skulls decorated with grand paintings of the Renaissance, of stately portraits adorned with luminous block colours.

No stone is left unturned when it comes to Magnus’s examination of contrasting art forms. Bringing opposites together and glamorising contradiction imparts new meaning and new possibility in the identity of an artwork. From style, to media, to aesthetic, Magnus plays with the boundaries that separate art and in doing so, opens up the possibilities of how we can see and appreciate any given piece of art. Both recognising and rejecting all the connotations and implications that art has inherited, Magnus highlights the importance of exposing contradiction. The tensions and communication between opposing art forms are exposed, thus allowing the viewer to recover the past and discover the new. 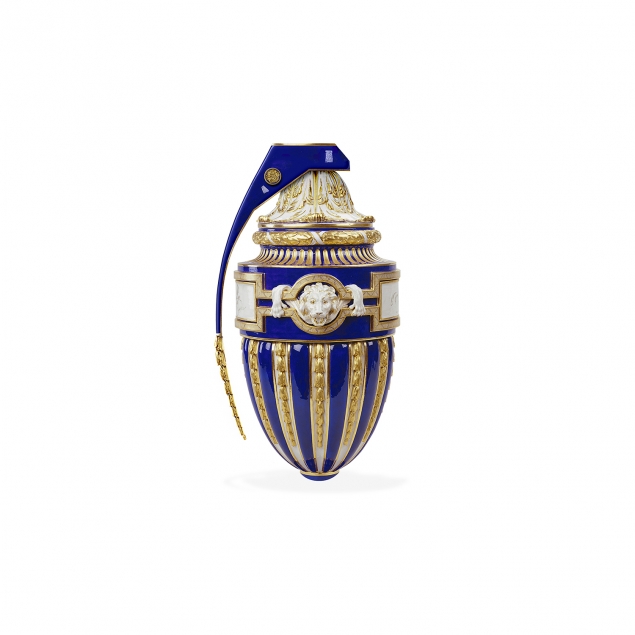 The Fragility of Life

What is it with decorative skulls in art? Whether used to show the inevitability of death, or to remind us of something that was, they are in essence a reflection of the human experience. Evocative of Damien Hirst’s sculpture, ‘For the Love of God’, Magnus invites the viewer to reimagine the significance of a skull. Together with hearts, cherubs and religious iconography, skulls have remained a constant motif in Magnus’s art. “As humans we can relate to them easily”, Magnus explains, “we have a fascination for the dead and the afterlife.” Works such as Darkness of Life is Living Death and No One But Death Shall Part Us exemplify this intrigue, uniting powerful images of beauty and grace with the haunting reality of the human condition. Not only do skulls signal our “fascination for the dead” and the fragility of the human body, they more specifically comment on “the fragility of the human mind”.

We, as observers, as receptors, as humans have largely built our opinions, notions and judgements from the constant feeding of information that shapes our lives. “People today like something because they are told to”, Magnus states. Recognising this enforced rigidity to human thinking, he encourages a new way of seeing his art and seeing all art. Echoing the concerns of John Berger in ‘Ways of Seeing’, Magnus uses existing artworks to create something new and thought-provoking.

Heaven Not Earth demonstrates an interaction between the old and the new, between the powerful and the fragile. An old masterpiece depicting the birth of Venus is given new life as it is placed on a heart. Magnus makes something entirely new and original without having to compromise the original artwork. With its integrity intact he transforms art through context rather than adding or taking away from its aesthetic.

Magnus’s art is a push forward, it’s an act of using the past in the present to make way for the future. The interaction and integration of that which is so commonly separated opens up the possibility of rediscovery, of assigning new meaning to the understanding of art. 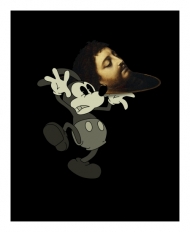 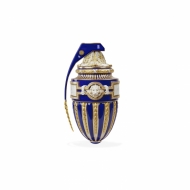 Death Must Find you Alive to Take You by Magnus Gjoen 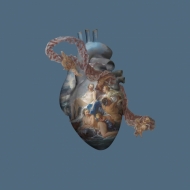 HEAVEN NOT EARTH by Magnus Gjoen