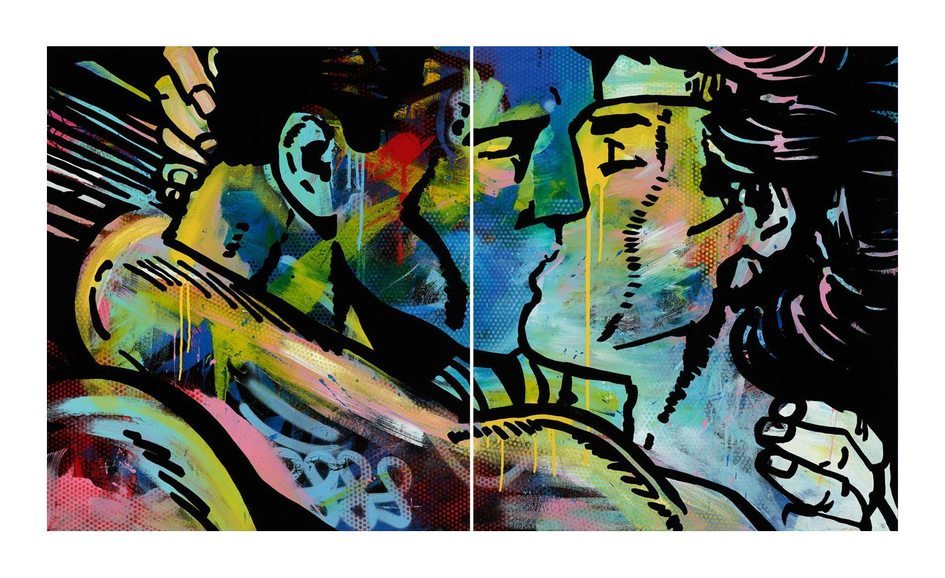 Occupying a unique position in the contemporary art scene, Ben Allen’s works sit somewhere between street art, graphic design and pop art. This is an artist who is unafraid to experiment with mixed media to create bold and exciting works that capture the zeitgeist of our modern era. Get to know the artist and his influences here, or go ahead and browse Ben's artworks or our wider range of Collages and Pop Art. 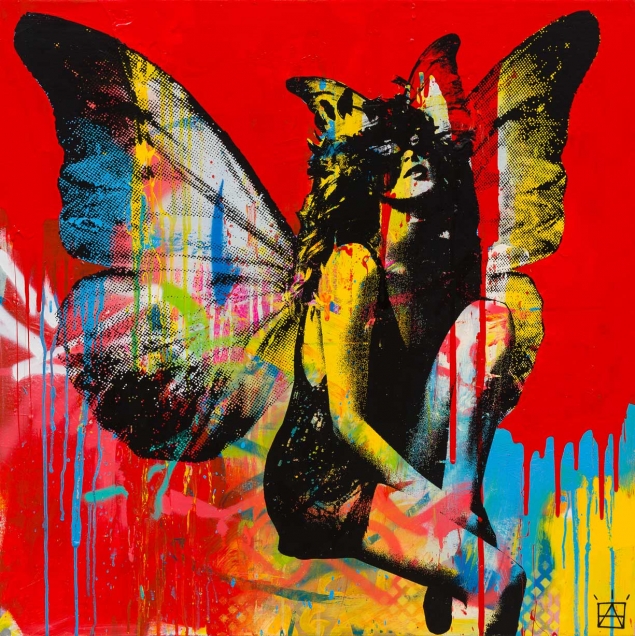 Ben’s collage art embodies the free spirit and individual style of his hometown Brighton, but he has since swapped the hustle and bustle of this seaside city for the peace and quiet of Cornwall. Drawing inspiration from urban subcultures like the skateboarding and surfing scenes, he celebrates and challenges the pervasive images that surround us every day.

His acute understanding of today’s popular culture has earned Ben international acclaim and success. You’ll find his paintings, prints and collages decorating the living rooms of stars such as Jade Jagger and Richard Branson, and he’s no stranger to big-name clients like Virgin, Converse and Vans. He’s also been featured in leading publications such as Design Week, GQ and Time Out, to name just a few. By expertly combining pop art techniques with modern subject matter, Ben has formed a signature style that is relatable for anyone alive today. 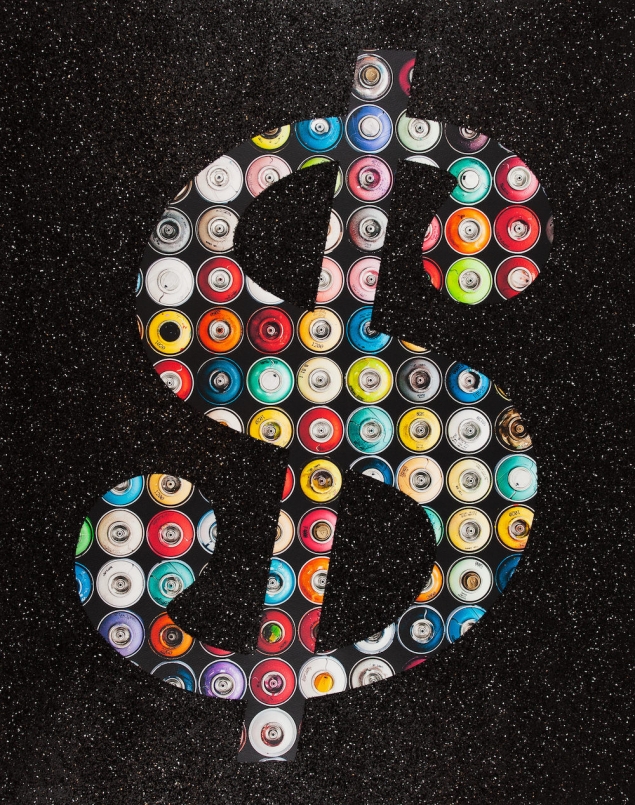 Beginning in the 1950s, pop art was a movement that gained popularity in both America and Britain. As advertising and commercial culture became more and more omnipresent, this imagery began to take root in the artworks of the time. This was a kind of rebellion against established traditions, as young artists such as Lichtenstein and Warhol turned to imagery from Hollywood movies and product packaging that they saw in their everyday life.

Ben’s pop art offers a fresh take on this movement, reimagining the subject matter for a 21st Century audience. Expect images of popular cartoons superimposed over American dollars, or brightly coloured paintings that seem to be straight out of a comic book. Take his piece Fantasy Embrace – this piece depicts two lovers in a passionate embrace, a scene that would not be out of place in the work of Lichtenstein. However, the vibrant colour palette and visible brushstrokes set this piece apart from Ben’s 20th Century inspirations, situating Fantasy Embrace firmly in the modern day. 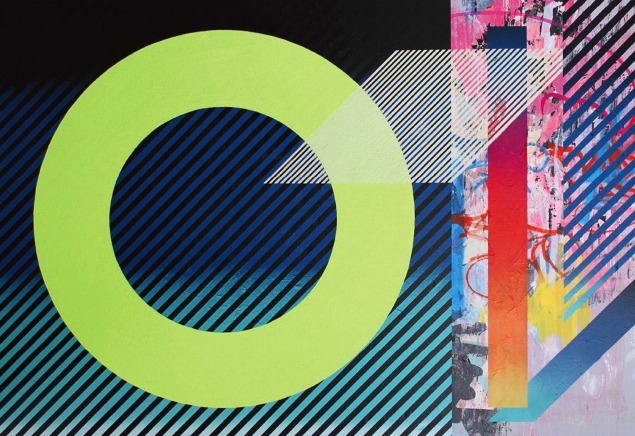 Ben is well known for his collage artwork, and these take on a variety of different guises that demonstrate his diversity as an artist. Neon Halo is an interesting example of contemporary collage that draws upon graphic design and geometric shapes to produce a striking effect. This is a piece that was clearly inspired by popular imagery of the digital age, yet that makes use of diverse media ranging from spray paint to vintage comic book covers.

Standing in contrast to this is his print One Dollar Love, where Disney’s Bambi and Thumper frolic against the backdrop of stars, stripes and American dollars. This palette of Americana imagery has an undeniable pop art flavour, showcasing some of the most widely consumed images of our time. *One Dollar Love* is a perfect example of how Ben simultaneously celebrates and challenges contemporary culture, encouraging us to question the values of our capitalist society. 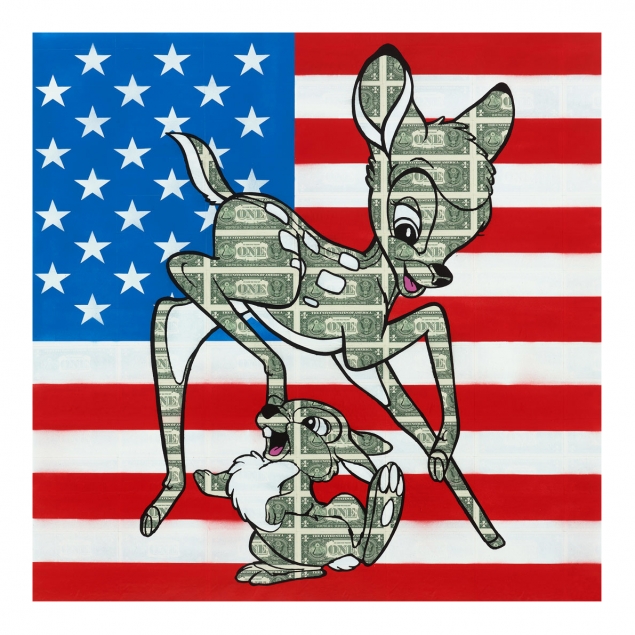 One Dollar Love by Ben Allen

Just as with his collages, his paintings have a broad range of styles and influences. The street art influence becomes more apparent in the painted medium, with works such as Masquerade Angel making use of a mix of spray paint and acrylics. The bold colours and drip effect create a dynamic image that leaps off the canvas, while the piercing gaze of the subject commands attention.

Filthy + Faded is another comic book inspired piece that shows a lovers’ kiss. While the graphical style and shading techniques make for a pop art style, Ben blurs the lines between genres with his strong visible brushstrokes and unique colour combinations.

There’s something about Ben’s art that gives it such wide appeal. Whether it’s the bold colours, eye-catching imagery or unique blending of media and genres, there’s something for everyone in his diverse body of work. 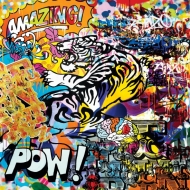 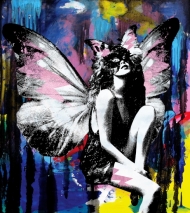 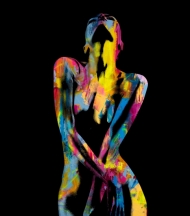 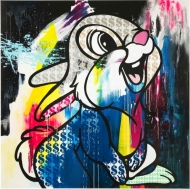