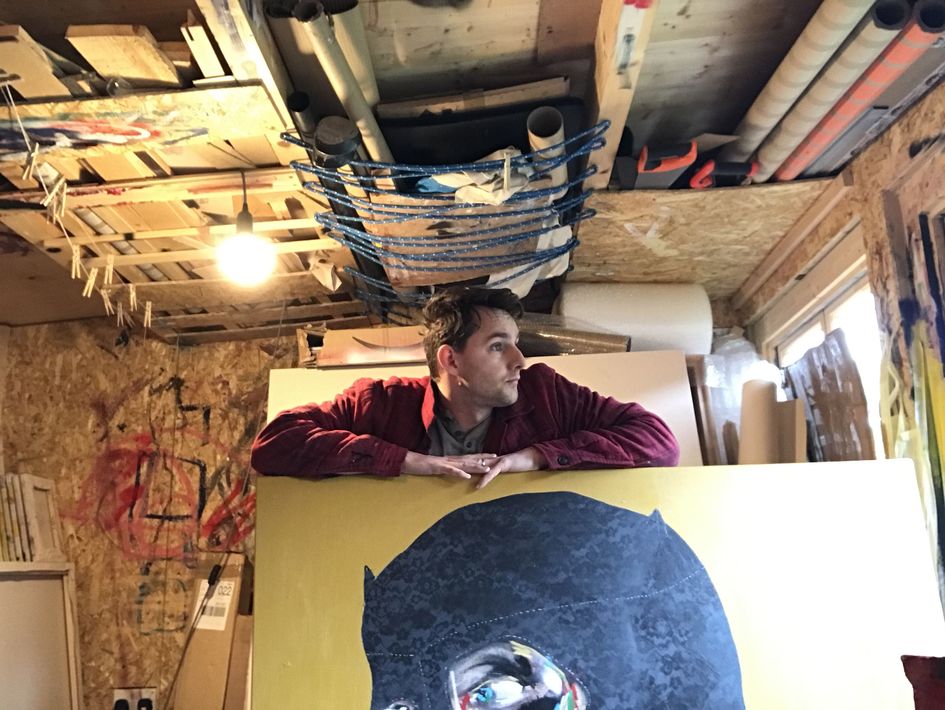 Lee Ellis's figures are contorted, often completely faceless. They strike the viewer with a deep light/shadow contrast, bursts of pure colour, and a real emotional intensity that is sometimes troubling. The artist works across various media (paint, charcoal, block print) but the ghostly confrontation of his portraits pervades each material. Living and working in Bristol, Ellis took the time to tell us about his career, process, and future plans. 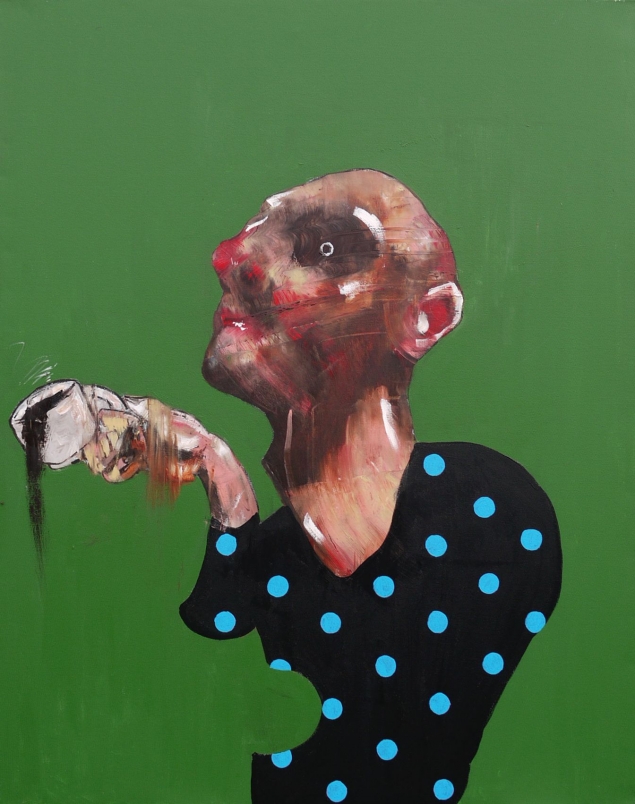 What was your journey to becoming an artist?

As long as I remember I wanted to be an artist. From an early age I excelled at drawing and colouring in. It seemed the most obvious thing to do for me. I focused all my efforts into various creative endeavours. In 2006 I graduated from a design degree and have worked with design agencies ever since. It was that year that I started to paint in my spare time. All of my spare time. I sold all my furniture and emptied my room that I rented to turn it into a studio. I unofficially moved in with my girlfriend (now my wife) as I had sold my bed. I lost the deposit on the flat, it was a mess.
It became an obsession that has carried on to this day, becoming my profession. It started out as a way for me to be free creatively and experiment without being restrained by a creative brief. That experimentation is something that is prevalent in my work now. It underlies everything I do as I find my way within the art world. 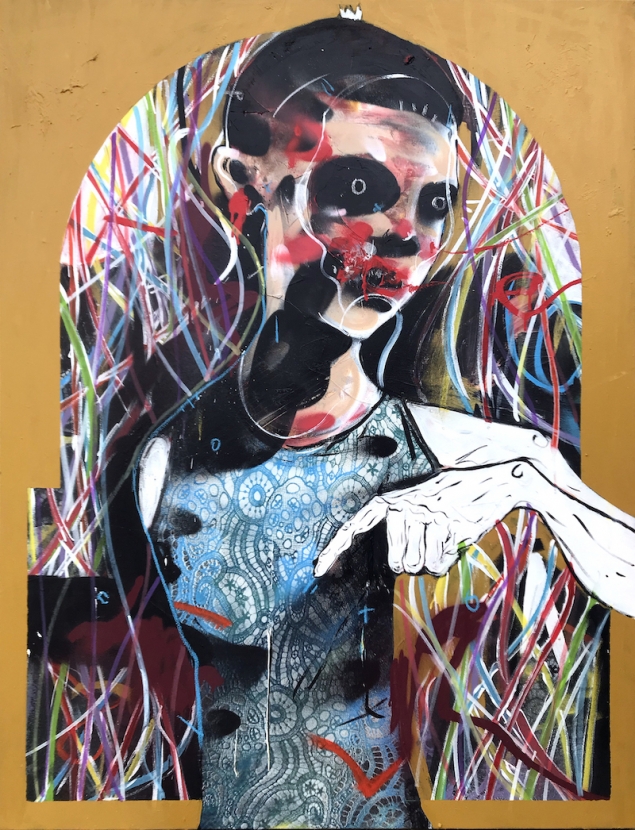 Chomping on Disco Biscuits and Cucumber Sandwiches by Lee Ellis


How would you describe your practice?

I love creating. Whether it's painting, printing or drawing. I love it. It's this passion that drives me.
I primarily paint, but often experiment with lino printing and I draw extensively, filling up 100s of sketchbooks. I focus on faces and figures as that's what I find most interesting. Often using my own face for the majority of the works. It's my most available subject even if it makes me look a little self-obsessed. It's most definitely an experimental practice. 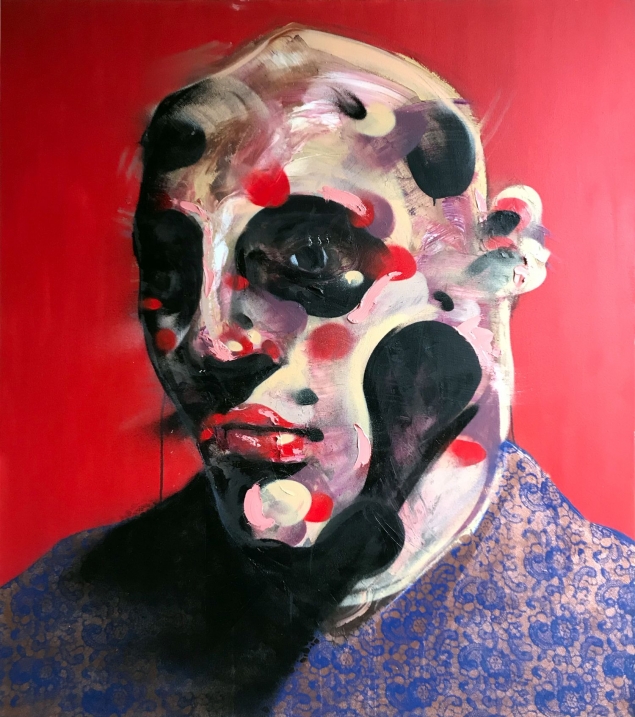 Kiss With A Fist by Lee Ellis


Do you have a specific technique?

I can't say I do. As I've mentioned before, I like to explore as much as possible in the studio and with my work. I wouldn't want to get bogged down with just one thing. It would become boring and stagnant. For me it's all about playing, creating and experimenting with every technique I can. I will throw literally everything at whatever surface I have to hand. It helps push my work in new directions. 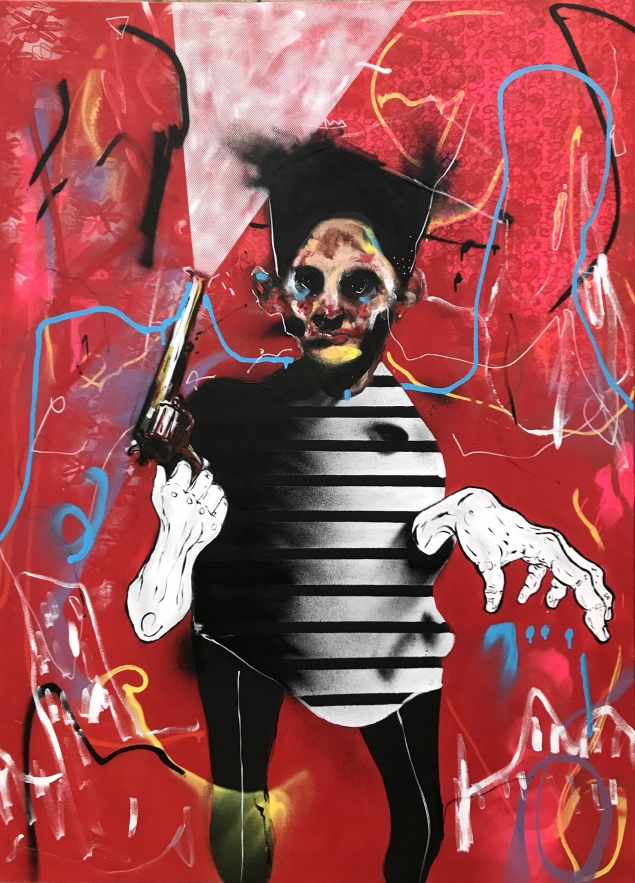 Is This Thing Loaded? by Lee Ellis


Your portraits are often warped or erased in some way, why is this?

My work is all warped and manipulated to convey the energy involved in the process. The act of creating is what I'm most interested in and the end result is left for the viewer to interpret how they wish. It's not my job to tell them what to see. I'm creating work with energy, vigour and feeling. The work often looks more macabre than I intend it to. It's the use of colour palette in the portraiture and the raw energy that eludes to a darker side. Some pieces tell stories, others are just full of excitable energy that twist and change the figures. 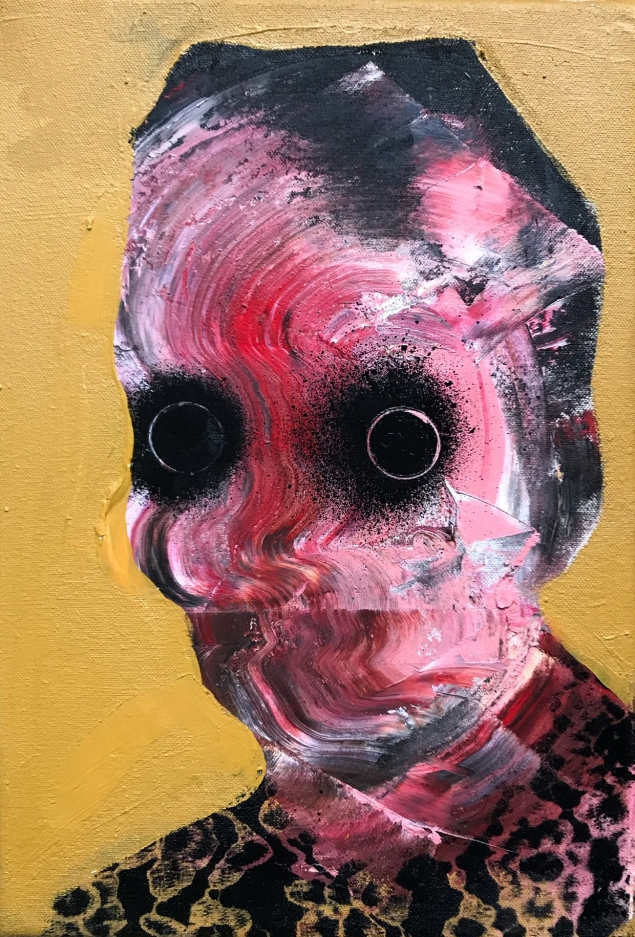 
What's coming up for you in the future? What can we expect to see from your practice?

I have a handful of shows coming up. Group shows opening end of April with Well Hung Gallery, beginning of May with Leontia Gallery and my first New York group show also, in May. There's another solo in the pipeline with Glasgow based Art Pistol gallery in September. That's just scratching the surface too. I'm currently enjoying painting the beaten faces of boxers as they have so much character and work with my techniques. I'm also continuing an ongoing series of Tom Waits inspired paintings that tell the story of his music in painting form. It's been on hold for about a year, but I'm ready to start it again now. I have enough canvas to paint over 100 pieces this year. That's my goal. 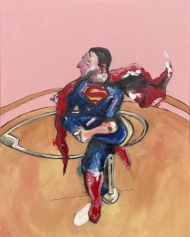 Kryptonite Cocktail lounge for one by Lee Ellis 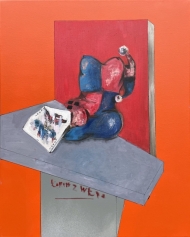 Harley Quinn and the pork backdrop by Lee Ellis 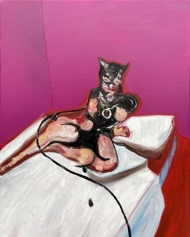 Cat with bacon on her back by Lee Ellis 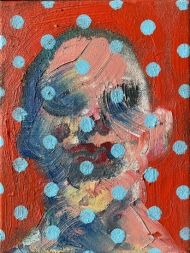 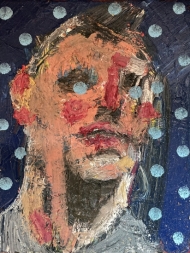