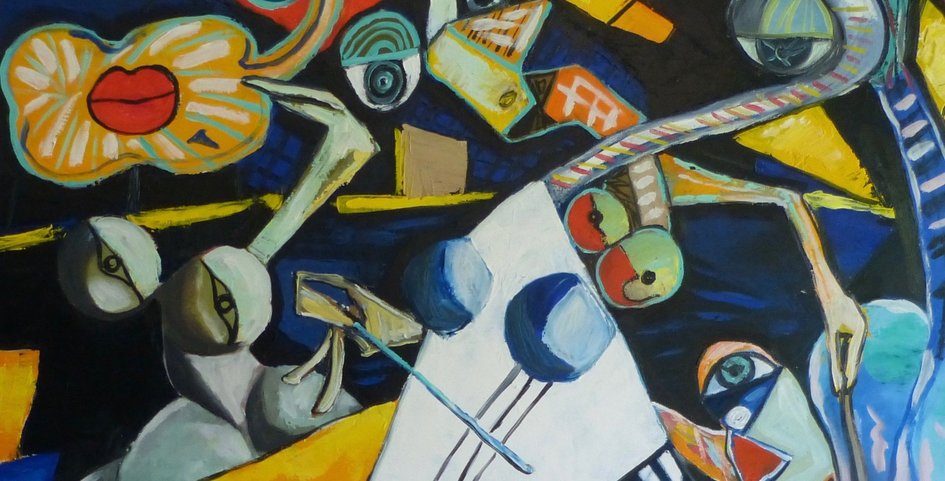 From the Rice Fields of Thailand to the Museums of London: How This Artist Made It

Artist Ta Thimkaeo grew up in rural Thailand, and once thought that there was more chance of her walking on the moon than becoming an artist. She had the lucky chance to be educated until she was 12, and although she never saw it in her sights when she was a child, art was in her blood and it was written in her stars. A difficult start in life has not held Ta back, and today she sells her characterful figurative paintings to collectors worldwide. Discover her story and find out the symbol of an egg. 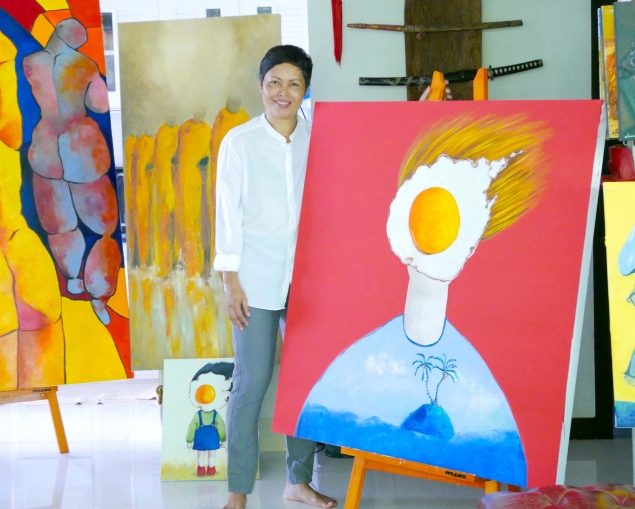 Ta with Egg boy in red.

I came from an impoverished farming family but I was lucky enough to go to school until age 12, whereas many other children had to leave earlier to start working. After school I worked in the rice fields and then in a sweatshop in Bangkok. I spent the second half of my adolescence driving a pickup truck 7 days a week selling vegetables. 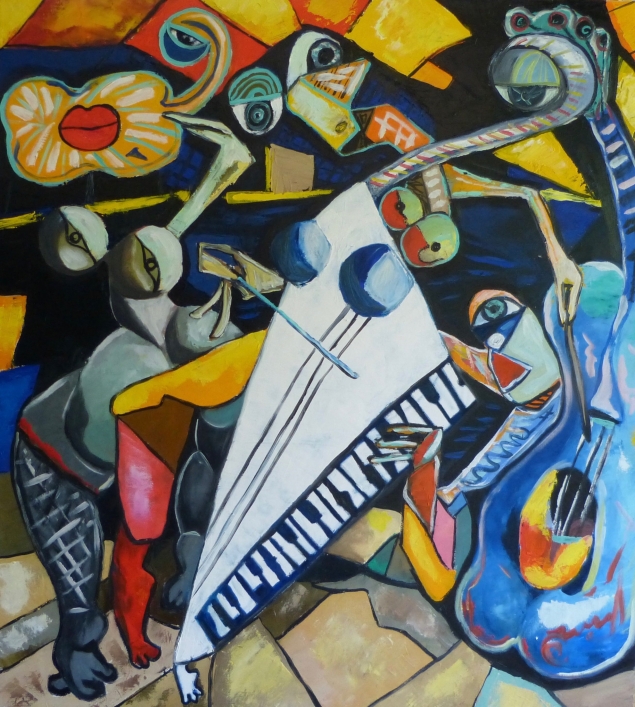 When did you know you wanted to become an artist?

While I was working in the shirt factory in Bangkok I went for a walk and came across an art studio where an old man was painting. After watching him for ages he invited me in and showed me around. 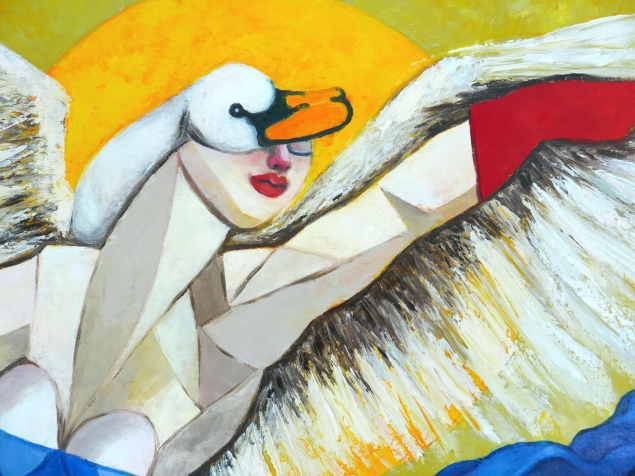 Detail of Goddess & Swan dancing in the moonlight in Ta's studio.

I loved that studio - I loved the chaos and the smell of paint. I was well and truly hooked. I didn't know how I was going to do it, but I knew one day I was going to be an artist. At the time there was probably more chance of me walking on the moon. 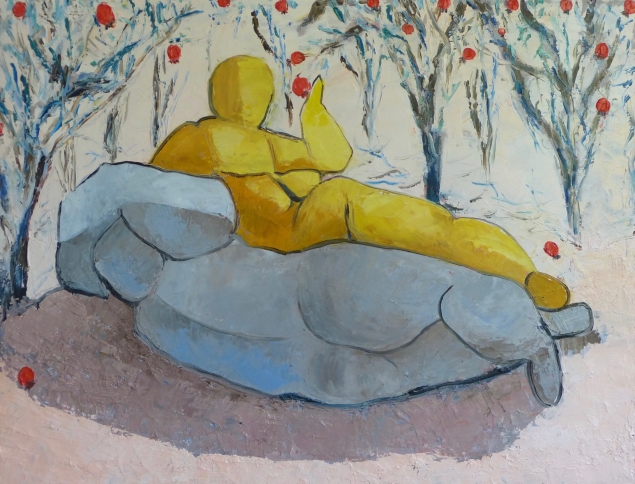 The lovers in a fruit garden

What are some of the influences behind your work?

Until 2012 I had never heard of Picasso, Van Gogh or any other artist. But then in 2014 I travelled to the UK and spent nearly all my time in art galleries and museums. I was like a kid in a candy store. I couldn’t believe Botticelli’s colours, Rembrandt’s use of light, the imagination of Picasso and the simplicity of L.S. Lowry. 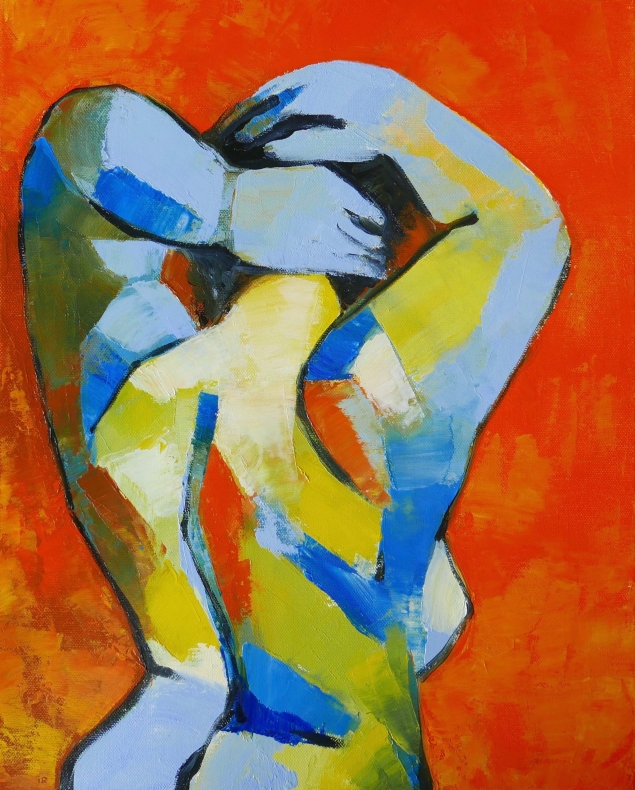 Eggs feature in many of your paintings. Where did that idea come from?

While I was at school, I’d bring a fried egg on rice for lunch almost every day. The other kids said I’d soon start looking like a fried egg. one day I was frying an egg and thought, that would make a great face… 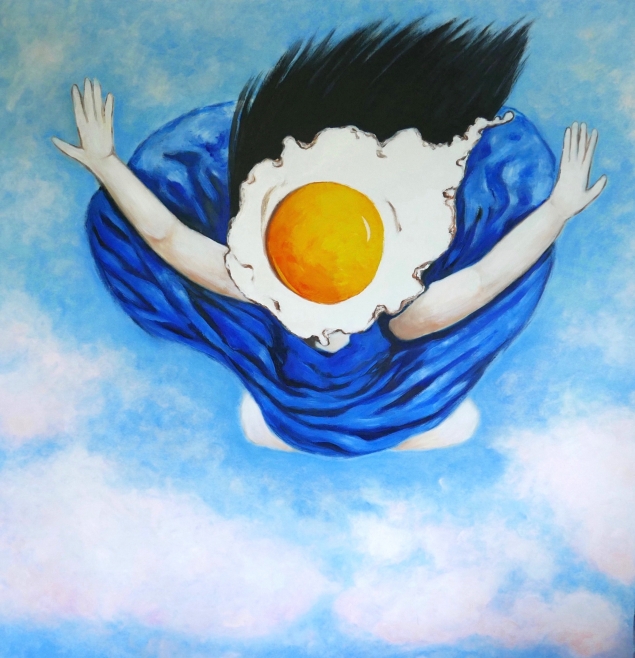 Freedom. My studio is attached to my house and a big tree outside gives me shade while I work. Beautiful butterflies and birds nearby keep me company, as do my two dogs who lie by my side. 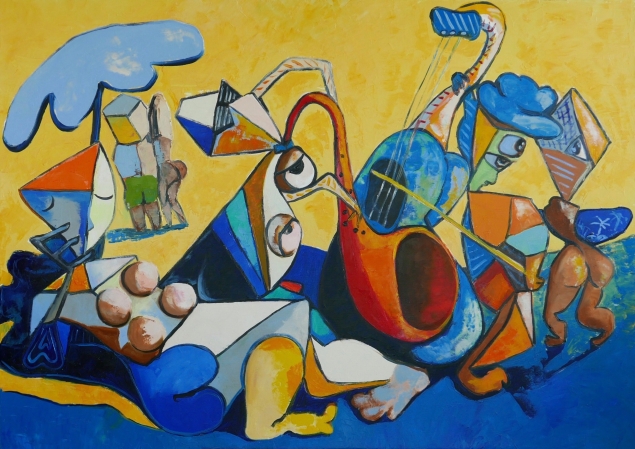 Jazz on the beach

When I sit at my easel with my paints, brushes and palette knives, I’m in my world, with my thoughts, my feelings and a blank canvas. My feelings, like water in a river, are forever changing. I start with an idea in mind, but then it very often changes - and I love that freedom.

Many Thai people believe that when you’re born your life is mapped out for you and you can’t control your path. I never thought that - I always believed that hard work would change my life. But sometimes things do happen in a way that you haven’t planned. I discovered art by chance when I was 13, and then again when I drew a cartoon portrait of my partner when I was 38. 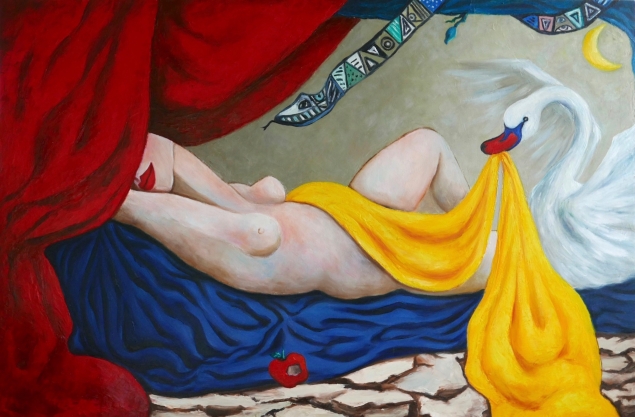 Goddess dreaming of her lover

I believe in my future and in art. I believe I was born for it. If someone had told me, aged 13 walking around that old man’s studio, that by this time in my career I would have sent my work to over 27 countries, I would have thought them ‘tic tong’ (crazy). But who knows maybe one day I will walk on the moon.