Yuliya Martynova is a woman of many talents. The Kazakhstan born artist has worked in Law, Wealth Management and Engineering. She has multiple law degrees, plus an MBA to boot. In 2015 Yuliya took the plunge and decided to make art her career. Now she works between studios in Moscow and London and exhibits her watercolours at art fairs across the UK. Her works are on display in numerous corporate offices and they’ve also appeared on the big screen, in Doctor Strange and in an episode of US Drama Scandal. 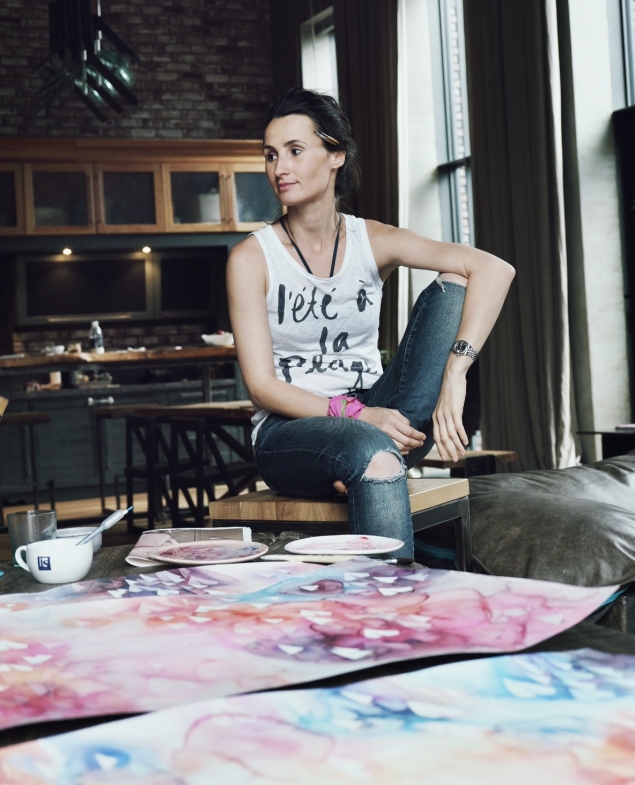 You've had an interesting career journey through Law, Finance and Engineering. What brought you back to art?

I was always painting in the background, even though I never considered art as a viable career option. I lacked faith that it could be more than a hobby. But then the right moment came, and it was now or never. I gave myself a year to try make my art successful. Within a couple of months people were buying my art and curators were giving me coverage. Art became my career, not just something I was good at. 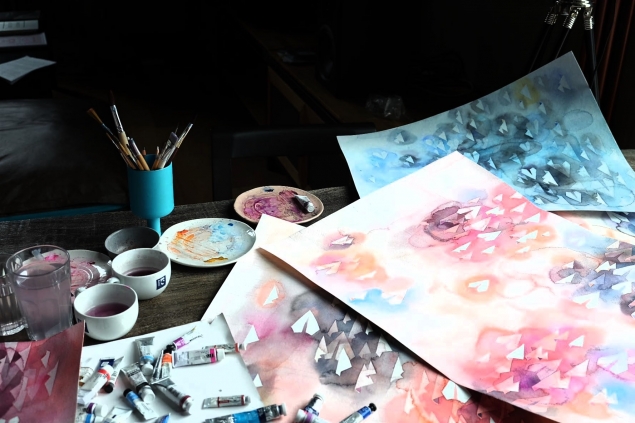 What is the inspiration behind your paper plane and boat works?

These are two signature collections that I run in parallel, and I came up with them in completely different ways.

Boats are easy. My partner is a sailor from Devon. He kept asking me to paint a boat-themed artwork for his father's house, so one day I accidentally came up with a two-stroke boat illustration - shadow and hull. And the idea took off. It was so simple, yet impactful. It was a lightbulb moment. 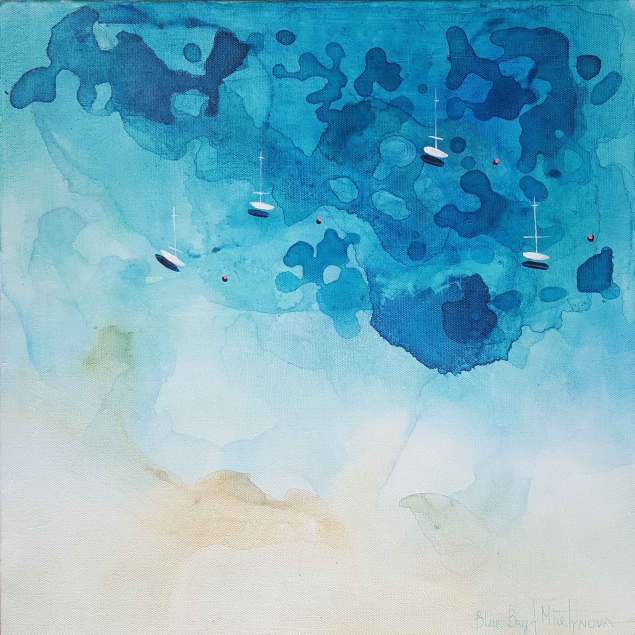 The idea behind my paper planes is a long story. But the inspiration came from seeing an installation by austrian artist Astrid Bin - a cloud of paper planes suspended from the ceiling. The geometry seemed aesthetically perfect, and I immediately wanted to put that image to paper. 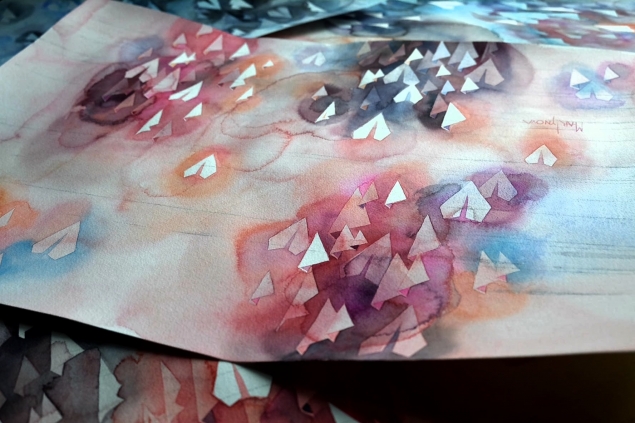 Do you have a favourite or most meaningful work?

I do, and it’s being sold to Texan collector as we speak. It's ‘Vermilion Sky’, my very first painting in red. I was so afraid of red, but the painting completely changed my mind about this colour. I think this painting is the best-balanced and most beautiful creation of mine to date. 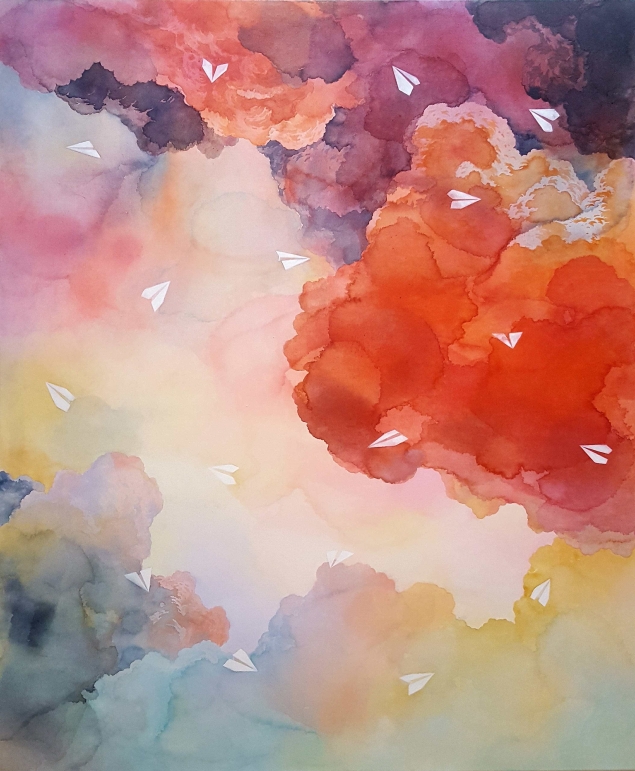 “When nothing goes right, go left.”

I have it printed on my certificates of authenticity. It's a humorous and inspiring play on words, which is also fundamentally the narrative of my paper plane collections. Like a paper plane whose flight path is never straight, embrace uncertainty - just go with it. Try see things from a different angle. 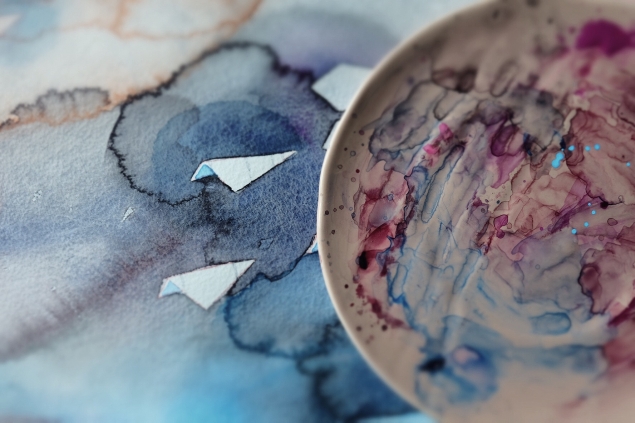 What are your aspirations for the future?

My artwork is doing well online and I’ve had 2 very successful art fairs on year three of my journey as an artist. The level up would be to participate in more fairs. I think there’s a clear pattern developing in the industry - people like to go see lots of artist under one roof. 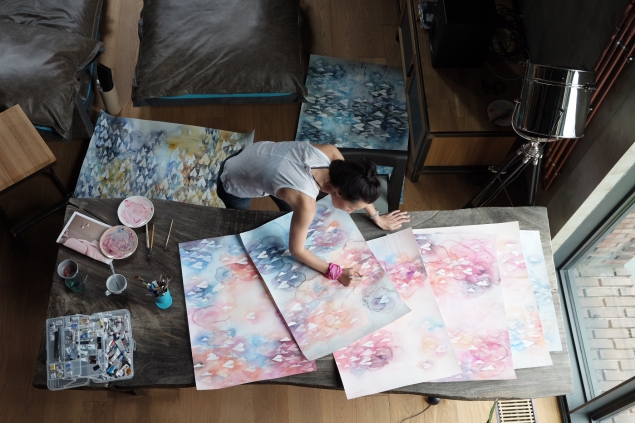 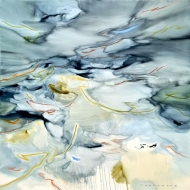 Ripples | Caught In The Storm by Yuliya Martynova 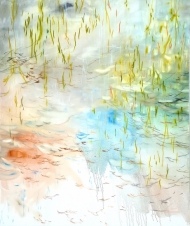 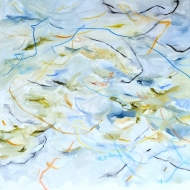 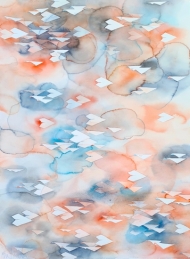 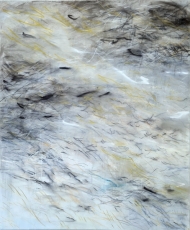