There’s no need for analysis as Charlie Levine is subconsciously drawn to the drawings of Sam Brookes.

Ever woken up from a dream and wanted to write it down instantly so you don’t forget it, only for it to wash away from your mind while you were looking for a pen? Except that it doesn’t quite go, and during the following day you think you recall snippets from it, but you can never put them all together to make a whole… There is sense in nonsense, and nothing in something.

This is how I feel when I look at Sam Brookes’ illustrations.

He has a brilliant facility with line and form, but that is almost secondary when it comes to looking at his astonishing drawings. You get a glimpse of a story, but it’s frozen, it’s just a moment captured and it links to something familiar in the mind, but it feels like a familiar dream, something that perhaps never really existed anyway.

Based in the UK, Brookes’ simple pen and ink style is clean enough to be clear, he almost takes it back to basics, but the subjects are complex and so is the execution: intricate lines, making up the whole, and dots on top of dots for shadows. There’s humour, though sometimes macabre in his work too. And he tells his fantastic stories through portraits: whether they are portraits of a city, of a story, a state of mind, or of a feeling; every image is also that of a face.

Brookes describes his work style as spontaneous: “I drift in and out of direct observation and automatic drawing from imagination, allowing the drawing to grow straight from reaction.” By being in that dreamlike state when making the works, Brookes makes art that communicates directly – both consciously and subconsciously – and that is pretty dreamy to me. 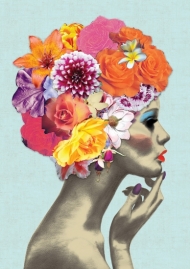 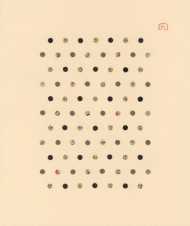 GARDEN OF EDEN BY ADAM N°01 by Slavomir Zombek