Sizzling Summer Exhibitions You Must See…

The spirit of summer is already here and to make the most of it, we’ve put together seven must see exhibitions that will whet your art appetite. There’s an abundance of new and exciting exhibitions to see this summer, from the experiential ‘Decisions’ at the Hayward Gallery through to exquisite sculpture from Barbara Hepworth at Tate Britain, this summer there is something to inspire everyone…

For a touch of the extraordinary, Joseph Cornell’s ‘Wanderlust’ at the Royal Academy of Art should be high on your list. The RA exhibition offers an overview of around 80 of Cornell’s works, including film, assemblages, collages and the remarkable ‘Shadow Boxes' - miniature world’s exploring the Wanderlust of the mind and soul. 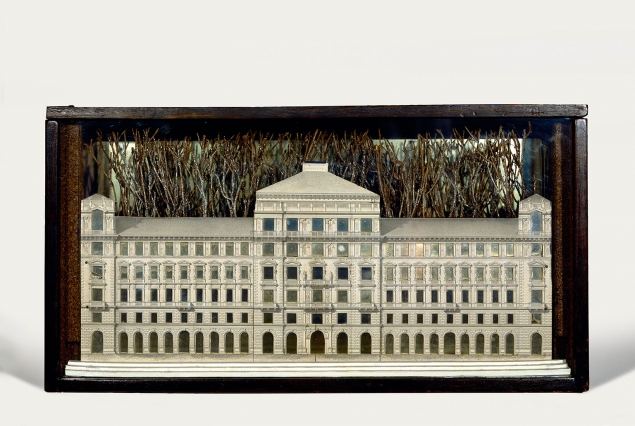 The showcase provides a whimsical look at the world through the eyes of an artist who travelled the globe through his art. Living in his Mother’s basement in New York, he rarely ventured beyond his native city - instead opting to capture his own dreamy realities, quietly assembling one of the most original bodies of work in Twentieth Century Art.

If you’re inspired by the fantastical creations of Joseph Cornell check out Kristjana S Williams on our website, her magical landscapes filled with exotic animals will bring a touch of Wanderlust into your world. 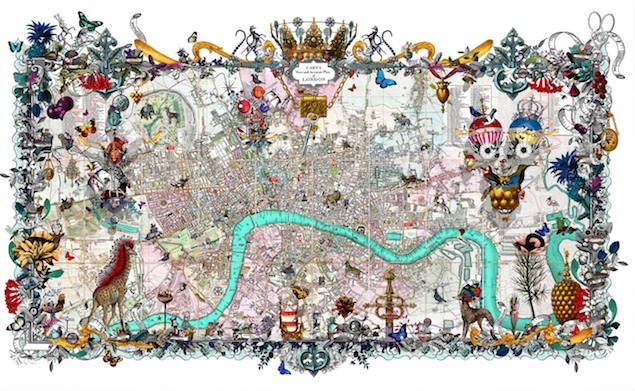 Carsten Höller: Decision is the artist’s largest survey show in the UK to date. Enveloping the expansive gallery and breaking through its walls, the exhibition promises to immerse visitors in a series of experimental environments designed to explore the psychology of decision making.

Over the past 20 years, Höller has built a reputation for the eccentric, his exhibitions likened to a psychological experiment rather than an art showcase. His prior shows have included devices, situations and vehicles that alter visitors’ physical and psychological states within a gallery experience and Decision is set to be the culmination of these works, with the addition of bespoke works designed specifically to compliment the gallery architecture.

Confronting visitors with a series of choices, Höller populates the gallery with disorientating objects and installations providing an upside down view of the world, including mirrors, giant revolving mushrooms and roaming robotic beds, culminating in the return of the artists infamous isomeric slides cascading from the gallery roof. 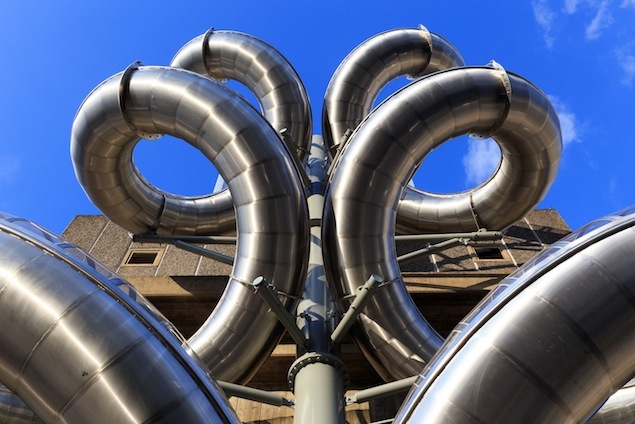 The White Cube Gallery will be showing Marc Quinn’s The Toxic Sublime, a collection of works that represents two years of the artist’s investigation into our complex relationship with the environment. This showcase features a series of three-dimensional seascapes that have been aggressively altered through manmade techniques; the final product a fusion of sculpture and painting. 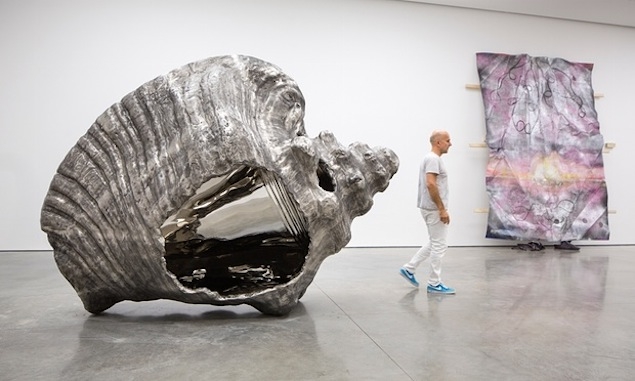 Photo from: The Guardian

Alongside these unique and daring artworks is a new series of sculptures designed in concrete and stainless steel, created to emulate the fluid dynamics of the sea. This show, through its brazen approach and mixed media highlights and questions our relationship and treatment of nature.

Are you inspired by Quinn’s mixed media approach? If so, make sure you look at Victoria Horkan on our website, her stylish collaboration of collage, thick oil and acrylic paint will bring colour and vibrancy to any setting. 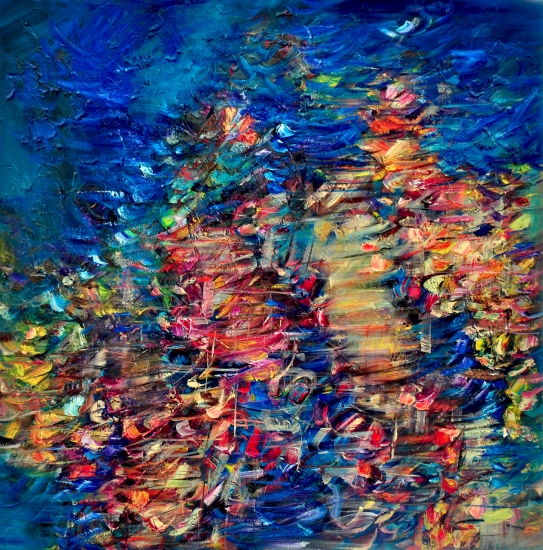 They say that you notice something new each time you revisit a piece of art, but what if you were to listen to the embodiment of the artwork whilst studying it? Would it alter your interpretation of the familiar? The Soundscapes exhibition at the National Gallery offers an entirely new way to experience classic works of art.

The exhibition features the musical masterpieces of six musicians who were each invited to select a painting from the National Gallery’s current collection and create a new work in response to it. The works are each presented in a sound proof booth with the accompanying audio composition. Among those featured within the project include Oscar winning composer Nico Muhly, producer and DJ Jamie XX and Turner Winning Sound Artist Susan Philipsz OBE.

Historically, the connection between art and music is not a new one, however the Soundscapes exhibition promises a new sensory experience that encourages the viewer to reassess existing artworks through what they hear as much as what they see.

To escape the larger galleries in favour of a more intimate setting, visit the Courtauld Gallery’s summer showcase special display, Unfinished Works. The exhibition brings together paintings, drawings, sculptures and prints from the Renaissance to the early 20th century that have been described as unfinished. 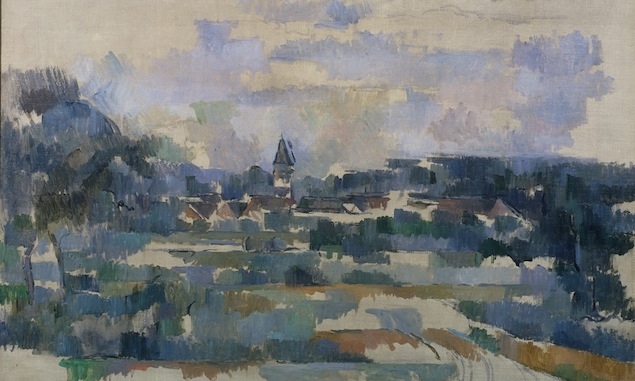 The showcase provides an intimate insight into the interrupted process of the artist, exploring the reasons for leaving an artwork incomplete. Selected from the galleries permanent collection these pieces are each frozen in an incomplete state, some discarded by a frustrated artist, whilst others have been deliberately left to appear unfinished.

This is an exquisite exhibition to appreciate the creative process of the artist.

It’s hard to believe that there hasn’t been a Barbara Hepworth retrospective in a major London art gallery for over fifty years. The Tate Britain Show, simply named Barbara Hepworth has set out to change that and charts the artist’s progress over her five decade career. The show features myriad works from small carvings to her exquisite bronzes of the 60’s, with rarely-seen works including textiles, drawings, collages, photographs and film. 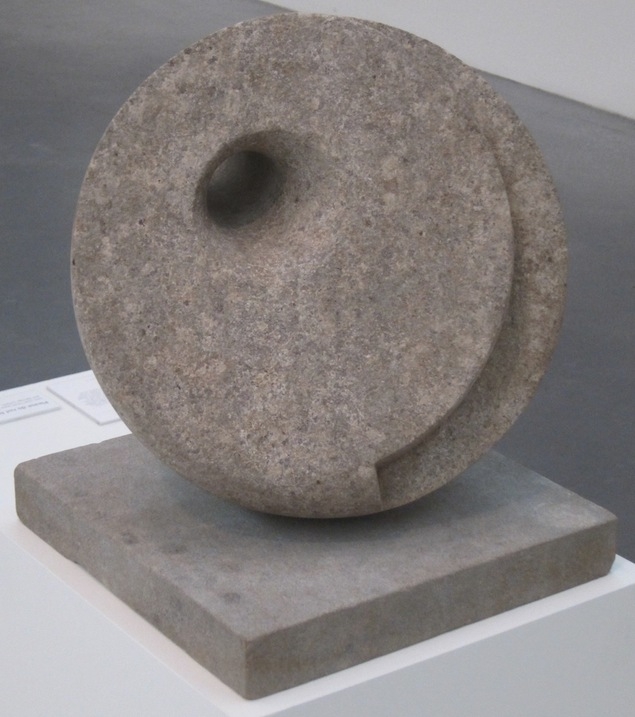 If the media furore surrounding this exhibition (both complimentary and critical) is anything to go by then this is one collection to view first hand and form your own opinion.

Are you inspired to create an impact with your own exquisite sculpture? Be sure to look at the work of Halima Cassell on our website, her ceramic works are sure to make a statement in the garden. 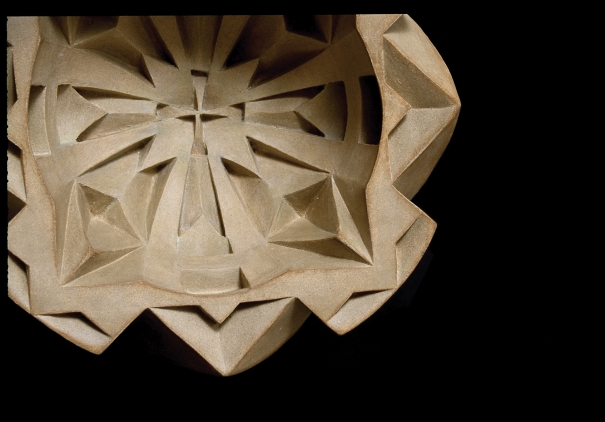 An exhibition designed to highlight the many dimensions of a fascinating woman. The National Portrait Gallery visually explores Hepburn’s life both on and off screen, from her early work as a chorus girl through to her tireless philanthropic work later in life. 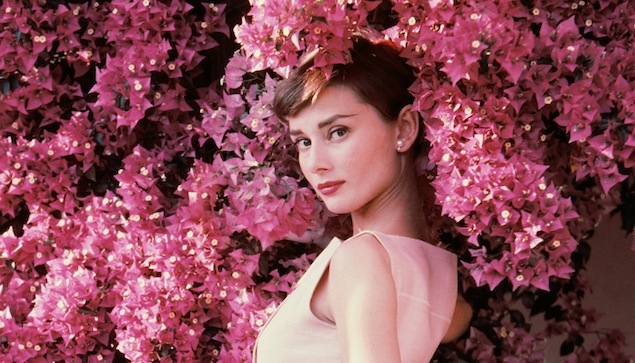 Audrey Hepburn without doubt captivated the world; if you’ve been inspired by the exhibition then take a look at the wonderful work of Anna Maria Matykiewicz, on our website, her striking compositions are soft and feminine, yet her protagonists emerge empowered. 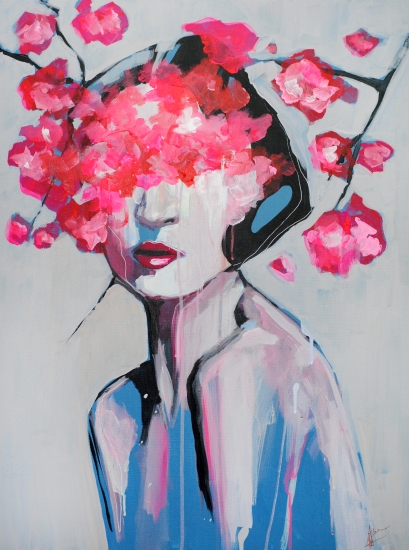 Amanda is a frequent contributor to the Rise Art blog. Working in the city she likes to escape the…

Amanda is a frequent contributor to the Rise Art blog. Working in the city she likes to escape the corporate world by checking out new art exhibitions and events in London, as well as discovering new artists to be inspired by.

Amanda's background is in consumer PR, having worked across campaigns for Cadbury, Plan UK, Clarks Kids Shoes and Persil, before moving to the city in recruitment. Amanda joined Rise Art to pursue her love of writing and art. 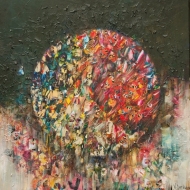 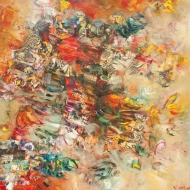 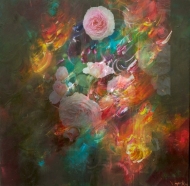 The Discover of Garden B by Victoria Horkan 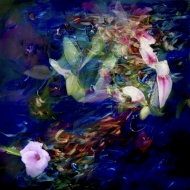 Forever Into The Sea by Victoria Horkan 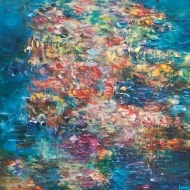 The Dance of The Coral and The Glistening by Victoria Horkan