The weekends are like parties. Thousands of people pour into the parks by the port, stroll in the lovely first pier, bike everywhere. Concerts in squares, music groups in old industrial areas, artists transforming abandoned camps… Writes Giorgos Toulas, the director of Parallax, one of the oldest free press magazines in Thessaloniki. No wonder Thessaloniki has been suggested as a “must see” destination in National Geographicfor 2013.

The last thing you would expect from a country that has been internationally discussed for its financial struggle is to see the transformation of one of its cities into a cultural hub. Salonika, as it is better known, is the second largest city after Athens. With its strategic geographic position in the Balkans, it has been an important point of reference for the region, but for the interior of the country it has always been considered a cultural centre, and with a population of about a million, the list of museums seems relatively endless.

Still, it wasn’t until current Mayor Yannis Boutaris took over almost two years ago that Thessaloniki became a true greenhouse for emerging arts. The city had long suffered from conservatism and Yannis Boutaris, an unconventional character and businessman by profession, managed to release the municipality’s hidden dynamic despite a time of extreme austerity. How did that happen? It seems to be a matter of cultural approach. According to Mr. Boutaris, “the artistic power of the city needs opportunities and platforms to present its work. We encourage and support third–party initiatives as well as contemporary artistic creation by transforming the atmosphere of the city and creating the proper environment for inspiration for young artists.”
And that plan apparently worked. Last year alone Thessaloniki presented its 3rd Biennale of Contemporary Art of Thessaloniki and the Young artists’ Mediterranean Biennale amongst other artistic events. The city is a playground for the arts — be it visual practice, music, theatre, you name it. Right now the 47th month–long Annual Municipal Arts Festival Dimitria is taking place. In the next two months Thessaloniki will be hosting its renowned International Film Festival and the World Music Expo.

There is something unique about the case study of Thessaloniki and its citizens’ engagement with the cultivation of the arts. Apart from large institutional artistic events, people’s private initiatives have driven the arts to rise regardless of the crisis. The need to find a cost friendly means of entertainment that can brighten up everyday urban experience has motivated locals to get involved. A pop up art show, an open air photography exhibition, a street theatre are all ideal solutions. In a unique context of solidarity, artists and citizens work together depending only on themselves with no expectations from the state.

Last year the urban activist group Thessaloniki Otherwise organized the design festival Made In Thessaloniki with great success, providing a platform for different design communities within the city. In a different context, Dynamo project space, a non–profit organization, actively embraces artists through its multi–layered quality programing. But how has the crisis affected the artists? According to Syrago Tsiara, Director of the Contemporary Arts Center of Thessaloniki, “The critical period we are going through highlights more than ever the vital necessity for art. The city is experiencing a blooming in artistic creation: new groups are being formed, acting in the public arena and critically intervening in what is happening. After the initial numbness, artists respond to the crisis with imaginative and visionary proposals.”

And examples of those visionary proposals are plentiful. A few days ago Action Field Kodra, an annual cutting–edge art project that takes place in a former military camp and presents local emerging artists, attracted thousands of visitors. One of the pieces on display was a huge mixed media installation by artist Dimitris Polychroniadis titled Home Sweet Home. The piece was exhibited as part of a section called “Stopover” that aimed to reference the history of the region and investigate themes around the notion of homeland. The sculpture merges imagery taken from early 20th century modern Utopias with scenes from war torn territories such as Syria, Libya and Lebanon. The image here shows urban prankster group Sfina who act in public spaces creating an intervention in front of the work during their “Day of Colour” event. In another offsite location the Ariston Hotel project presented 70 artists in a derelict hotel last year and is presenting its second edition next month. And all of this with minimal funding and little sponsorship.

For established institutions that depend on state funding, perseverance is at the core. Apart from the sustainability issues they experience, they need to respond to the increasing public demand for high quality art and engagement. Vangelis Ioakeimidis, Director of the Museum of Photography says, “The Museum of Photography has the responsibility to keep on with its programming, no matter how difficult the situation has become. The Museum more than ever has to aim at sustaining platforms of creativity for artists and occasions for people to meet, exchange ideas and create.”

Thessaloniki seems intent on fostering a cultural prowess in spite of a burgeoning economic calamity on its doorstep. At the heart of that is a genuine commitment and desire to create unparalleled engagement with the arts, and what appears to be key is the sense of collaboration, unity, opportunity and passion across the board that has resulted in a uniquely thriving scene. It seems there are lessons here that could be learned around the world. 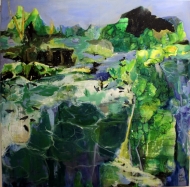 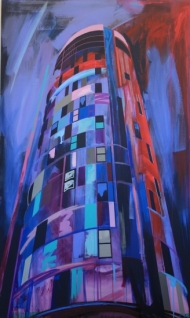