There's lots look forward to this weekend, including the long-awaited reopening of The Photographer's Gallery after a huge refurbishment project and an exhibition featuring Rise Art's own Alex March. Here's our pick of what not to miss.

Writing Britain: Wastelands to Wonderland at The British Library, London

The British Library's new exhibition 'Writing Britain' explores how the British landscape, both urban and rural has inspired some of the greatest literary works. Featuring writings by Virginia Woolf, JG Ballard, Geoffrey Chaucer, Lewis Carroll and William Blake, to name but a few, this show is a chance to see rare manuscripts, some that are being displayed in Britain for the first time. The exhibition aims to explore how the relationship between the our understanding of our surroundings and the representation of the British landscape in works of literature is a reciprocal one. This is a show for the bibliophile in all of us, and definitely one not to miss. 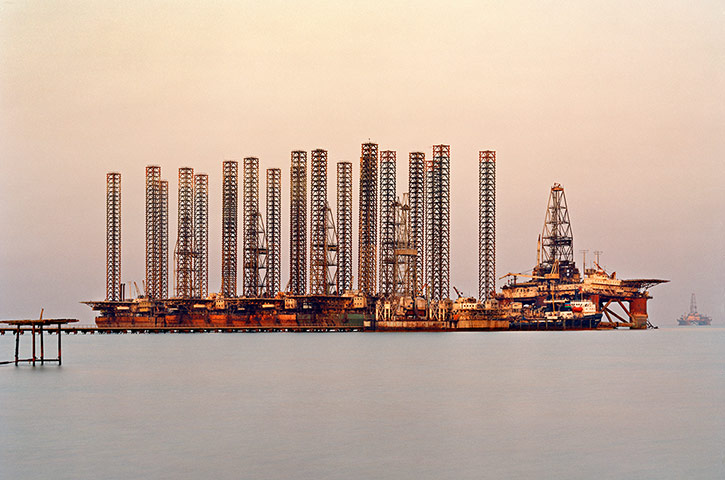 After a long period of closure for extensive refurbishment works, this month has seen The Photographer's Gallery finally reopen to the public. It's first offering is Edward Burtynsky's series 'OIL', which documents the physical manifestation of our reliance on oil. Burtynsky focuses his lense on not only the extraction processes, but landscapes that have been ravaged in the hunt for further resources, as well as cities that will grind to a halt  as supply dwindles. This series of work is striking in its sense of foreboding, forcing the viewer to confront our reliance on oil as a vital resource and the chaos into which the urban world will be thrown as costs continue to rise and supply continues to be drained at such an alarming rate. This is a strong show for the reopening of the The Photographer's gallery, and we highly recommend it.

Alex March - What Remains at The China Shop Gallery, Oxford

This Saturday see's Alex March's solo show opening at The China Shop Gallery in Oxford. Continuing her work on the themes of family, memories and the archive March presents images from found photographs from which see has peeled and removed identifying features to create an image that is both familiar and unfamiliar. We are confronted by the relationship between reality and photographic representation, mediated through the contents of a family album. What Remains showing until the end of June and we think it is well worth a visit.