Richard Walker’s work marks an eruption of extraordinary creative expression, which burst onto international cultural scenes of the 70’s. He has also worked with a range of different mediums and produced a selection of film and sound works in the 80’s. Walker lectures in BA and MA Printmaking at Camberwell School of Art, London and teaches at Kingston University, Brighton University and Heatherley’s School of Art. He discusses the influence of print-giant Richard Hamilton on his personal practice.

DOUBLE TAKE:
RICHARD WALKER on RICHARD HAMILTON
If you were studying Fine Art at art school in the 60s and 70s, the chances are you would have been influenced by Abstract Expressionism, Minimalism or Pop Art, not always obviously but often subliminally.
Many of the British artists were influenced by America but taking a more cosy and domestic approach. Even though Hockney had his love affair with California, his work was essentially an Englishman abroad. Perhaps the most obviously 'American' of the Pop Artists was Richard Hamilton, he was part of the advertising and comic book culture along with Oldenburg, Lichtenstein, Rauschenberg and Johns. 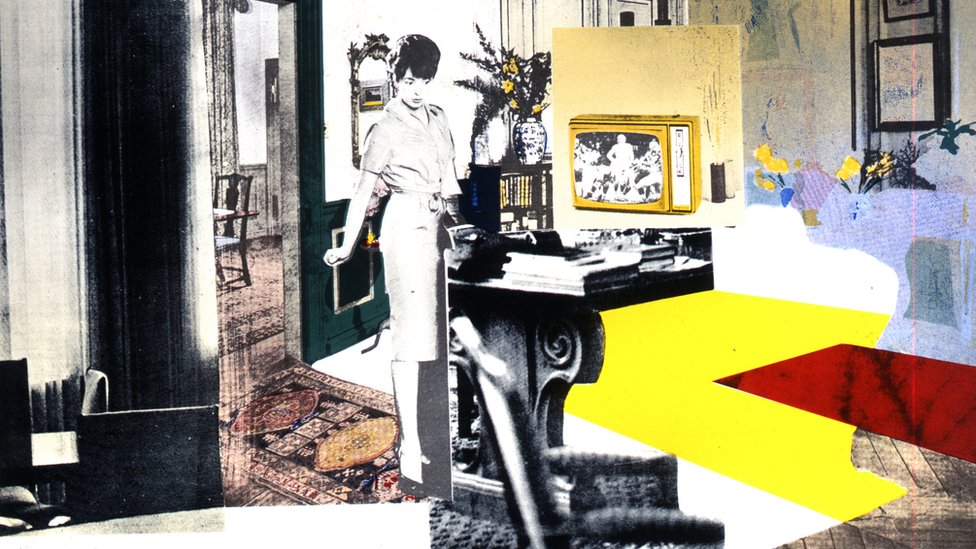 When I was at school, I was lucky enough to be there when the Beatles were still making records and we were all entranced by Sergeant Pepper and it's iconic cover by Peter Blake. However it wasn't until the release of their White Album, that I became really excited: the blank, white cover was an audacious piece of Pop Art. Thought provoking and controversial in concept, it wasn't until later on I discovered it was designed by Richard Hamilton. Released in late '68, it single-handedly swept away the visual overload of the 60s and made way for the navel-gazing of the 70s. Even though I was only a teenager, I was then able to see the way I could be an artist who was relevant to the times and cross-reference popular culture.
Several years later, when I was at Camberwell, it was the dawn of the Punk era, and I was developing my personal language through printmaking, photography and collage. I started using images from newspapers as my source material, as a way of making my work urgent and direct. I was wanting to pick up in the DIY aesthetic of that period. I produced a series of double portraits of people in the news, such as Bryan Ferry and Jerry Hall, David Bowie and Romy Haag. Princess Margaret and Lord Snowdon and other less celebrated combinations. Whilst producing these, I stumbled across the double portrait of Mick Jagger and Robert Fraser being arrested and handcuffed in a drugs bust, 'Swingeing London' by Richard Hamilton. Of course I had always been aware of this image, but only in the back of my mind. I found it interesting that I'd 'moved on' his idea subconsciously.

Since that period, my work went through many transformations leaving my old roots behind, but finding new roots through extensive trips to America, especially New York which became a 'spiritual home', as ever since I was a child it was the one place I really wanted to go to. My ideas about producing images that were documents of their period were suddenly and violently reawakened with the 9/11 attacks in 2001. I then produced a series of paintings with apocalyptic themes...stark, brooding landscapes, ruined buildings and symbolistic imagery.
One of these pictures was figures bathing in the ocean beneath a totally-eclipsed sun intended as a metaphor for the looming threat of terrorism on innocent people. Previously I had spent time photographing swimmers as my source material and referenced Richard Hamilton's set of screen prints 'Bathers' that he had produced during his collaborative period with Dieter Rott. Once again these images were buried in my subconscious but I felt that I had taken them into another context. 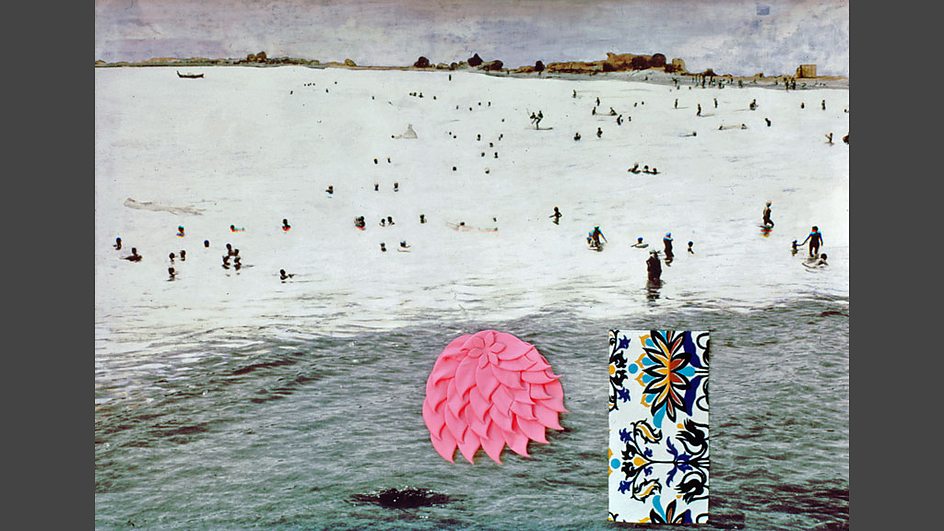 Most artists are influenced by others, at some point in their career. My affinity with Richard Hamilton is quite embedded but also oblique and whilst I freely acknowledge it, I am always surprised when I identify it! 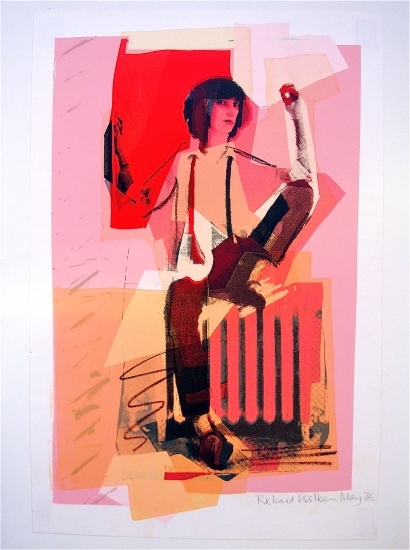 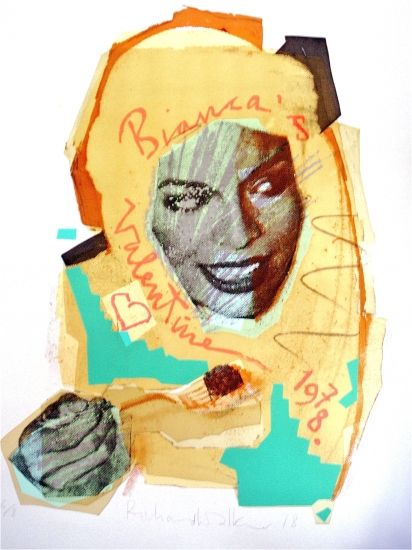 FIVE OF THE BEST COLLAGE WORKS ON RISE ART: 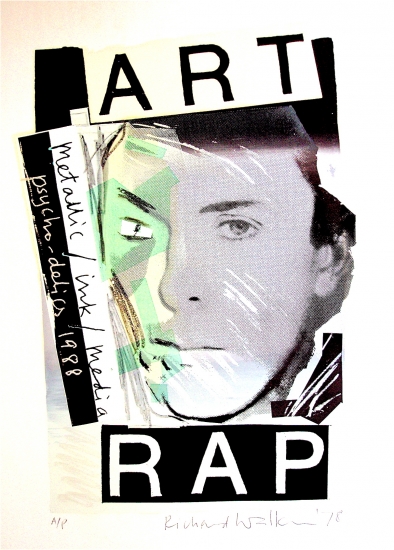 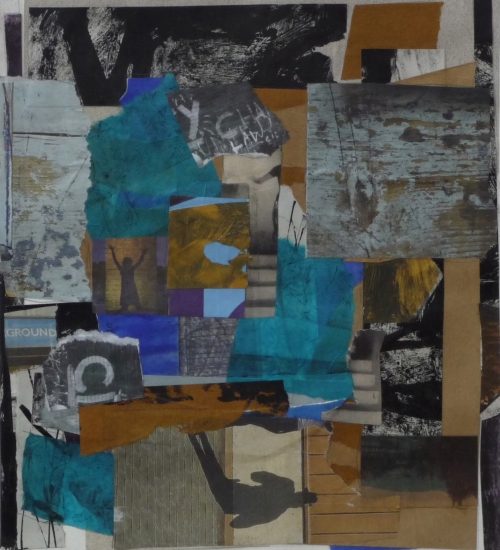 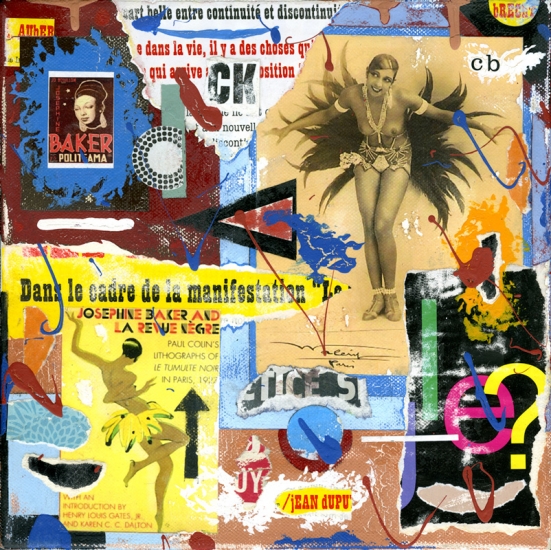 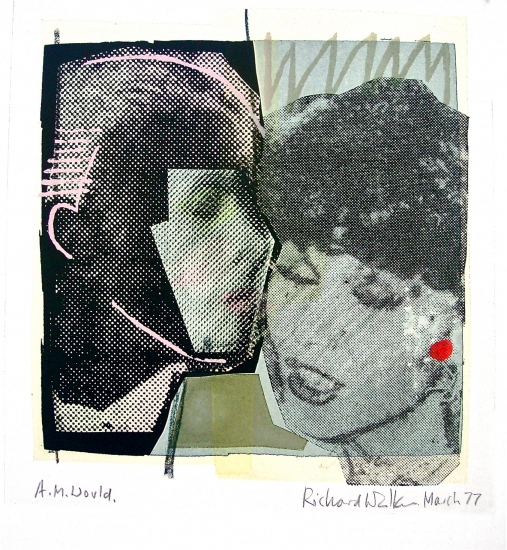 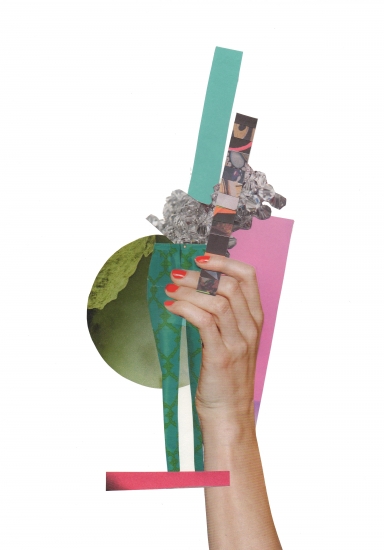